Fishers resident Gurinder Singh Khalsa will receive the Rosa Parks Trailblazer Award next month because of his efforts in changing the Transportation Security Administration’s policy regarding turbans.

In 2007, Singh Khalsa was forcibly removed from the Buffalo Niagara International Airport in New York after he refused to unwrap his turban. 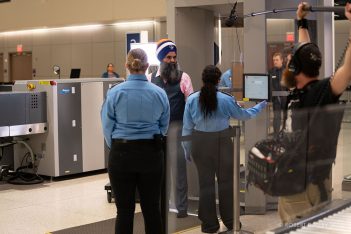 Gurinder Singh Khalsa, center, portrays himself in the 14-minute film “Singh.” It is based on the real-life event of the TSA prohibiting Singh Khalsa from boarding a plane if he didn’t remove his turban. (Photos by SikhsMEDIA)

Singh Khalsa was traveling from Buffalo to Sacramento, Calif. when TSA officials attempted to send him through extra security measures for wearing a turban even though he didn’t set off any alarms.

As a member of the Sikh community, the turban is one of five sacred articles of faith. Unlike a cap, a turban must be unraveled to remove it.

When Singh Khalsa would not remove his turban in the airport, he said he was dragged out by security.

TSA officials informed Singh Khalsa he would encounter the same issue at every airport in the nation, so he took a two-hour taxi ride to Canada, where he immediately contacted a friend with an ethnic media organization. He was interviewed on live TV, and calls from the Sikh community began pouring in.

“That’s how I started,” he said. “I got a lot of calls and older people from my community started crying, ‘We were going to India to attend a wedding,’ or attend a funeral or visit their parents on long-distance flights. They made them remove their turbans.” 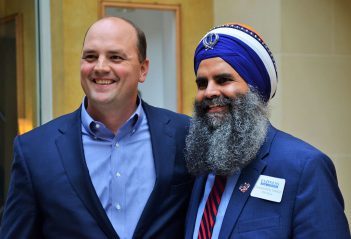 Sikh community members told Singh Khalsa that TSA rules require turbans be placed on the security belt next to the shoes. Because of the turban’s importance to the Sikh religion, Singh Khalsa compared the act to that of stripping a woman.

Singh Khalsa met with members of the U.S. Congress and then traveled across the U.S. to acquire at least 20,000 signatures to change TSA’s policy. He collected 67,000 signatures.

“That is why I am getting the Trailblazer Award,” he said. “They not only the changed policy, they also had our (Sikh) community people engage with those TSA checkpoints all over the U.S. to give them the training and let them know how we need to be more sensitive and accommodative to the article of faith. That is the beauty. That makes me in my heart feel we are one of the best countries on the face of the earth.”

“Rosa Parks refused to stand up on the bus, changing the cause of actions that led to igniting the civil rights movement,” Lusende said. “Gurinder, he was going through security and they told him he needed to remove his turban and he refused to do that. It went all the way to the (U.S.) Senate to order TSA to change the policy requiring people to remove their turbans. We thought that was very important, and that is why he is getting the award.” 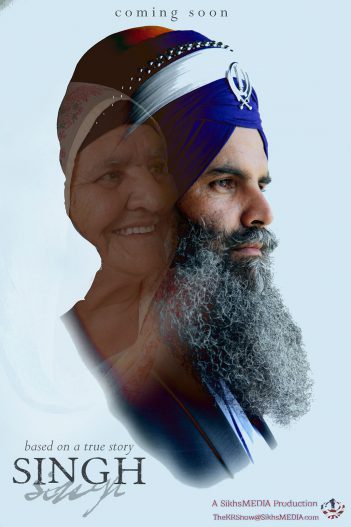 The poster for “Singh,” a 14-mniute film depicting how Gurinder Singh Khalsa persuaded the TSA to change its policy on requiring turbans be removed when passing through security. (Submitted photo)

A 14-minute film showing Gurinder Singh Khalsa’s experience when he was forcibly removed from the Buffalo International Airport for refusing to remove his turban during security screenings is in the works.

Singh Khalsa plays himself in the film. His 14-year-old son, Ajaypratap Singh, plays the younger version of Singh Khalsa. A trailer is expected to be available by Jan. 18.

The film is based on Singh Khalsa’s true story of being denied boarding a flight because of his turban. The film is expected to be released early next year.

For more, visit Singh the Short Film on Facebook.