You are at:Home»Current in Zionsville»Zionsville Community»Arrest made in Quail Run Shooting 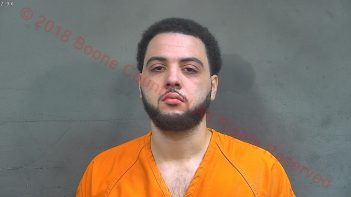 IMPD arrested 20-year-old Jaice E. Dusang Dec. 6 near his home in Indianapolis. He was charged with nine felonies and one misdemeanor.

During the robbery, the victim, 33-year-old Isaac Bermudez, was shot in the head and transported to St. Vincent Hospital. He gave a brief description of the suspect before medics took him from the scene.

According to legal documents, Bermudez sustained a bullet graze and injuries consistent with a violent physical altercation. Bermudez admitted to officers that he intended to purchase marijuana from the unknown suspect, whom he had only communicated with via the messaging app Snapchat. He provided the Snapchat user name and a physical description of the subject, his clothes and his car.

ZPD detectives pulled records from Snapchat and, using GPS data, identified areas the user visited. By searching ZPD police reports, they matched the Snapchat user’s location to a drug-related incidend involving Dusang that occurred Oct. 28, the day before the shooting. Dusang’s physical appearance, along with his clothing and car, matched the description given by Bermudez.

Dusang was charged with nine felonies, including armed robbery, theft, aggravated battery, robbery resulting in serious bodily injury, criminal confinement and criminal recklessness. He was charged with one misdemeanor for carrying a handgun without a license. A total of $15,460 also was seized by the state of Indiana in relation to this case.

Dusang’s initial hearing was Dec. 7 in Boone County Circuit Court. Bond was set at $150,000 cash or surety, a pre-approved higher-than-standard amount. A jury trial was scheduled for March 13.