You are at:Home»Current in Geist»Geist Cover Stories»Connectivity in the Geist District: Greenway to extend from 96th Street to 131st Street

As a part of its 2040 plan, the City of Fishers wanted to add more connectivity throughout the Geist District. With upcoming construction scheduled for the Geist Greenway, that could occur as soon as 2020 or 2021.

The Geist Greenway will be a 5-mile long, 14-foot wide paved trail from 96th Street to 131st Street, mostly along Florida Road. There will be space for two-way pedestrian traffic and 2-foot shoulders on either side. City Engineer Jeff Hill said trail construction will likely occur in four phases, with the first two phases being completed by 2021.

Hill said the plan for more connectivity was explored in the Fishers 2040 plan, which was approved in 2016.

“We have long wanted to look at these other non-roadway trail opportunities,” Hill said.

The Geist Greenway will be constructed along a Duke Energy easement which will remain active. Hill said the city began exploring ways to partner with utility companies to provide other transportation methods.

“(The easement) makes it easier because there’s not necessarily buildings in the way,” Hill said. “Duke Energy really doesn’t want other structures or things in their easement, but they are willing to work with us to build this trail.”

The trail to be drivable, which will allow Duke Energy employees to drive maintenance vehicles on the trail to retain access along the easement. Pedestrian vehicles will not be allowed on the trail.

“This allows (Duke employees) to gain access to portions of their easement that are challenging to get to today,” Hill said.

The first two phases re estimated to cost approximately $2.4 million. When complete, the trail will pass through several Geist District neighborhoods and provide possible access to the proposed Geist waterfront park. 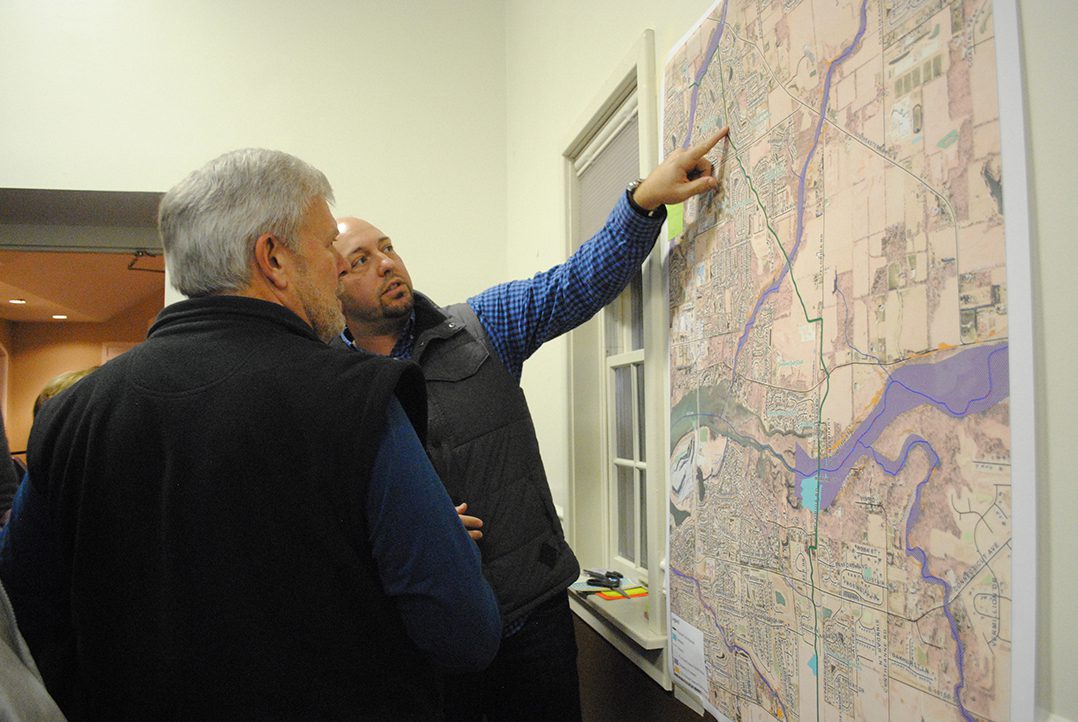 A public information meeting was held Nov. 28. Some residents raised concerns about the trail. A few worried it would bring strangers into their neighborhoods. Others were concerned about stray gunfire from the Indiana Gun Club near 113th Street. Hill said stray bullets fall well short of the trail.

Another resident was concerned about the possibility of trailheads near the neighborhoods.

“I’m concerned about things they haven’t gotten to yet, like trailheads and the fact (the trail) is running through our neighborhood,” said Jim Lucas, a South Avalon resident. “Right now, there is no trail, it’s just Duke Energy. So, they’re going to put a trail in there. We don’t know where trailheads are going to be, and the trailhead usually attracts traffic and parking and all those things.”

“Having public access to the water will be a really great thing for Fishers and an amenity we previously haven’t had available unless you own a boat or live on the water,” Sandquist said. “That’s what the waterfront park will provide. Connectivity is part of our long-term plan.” 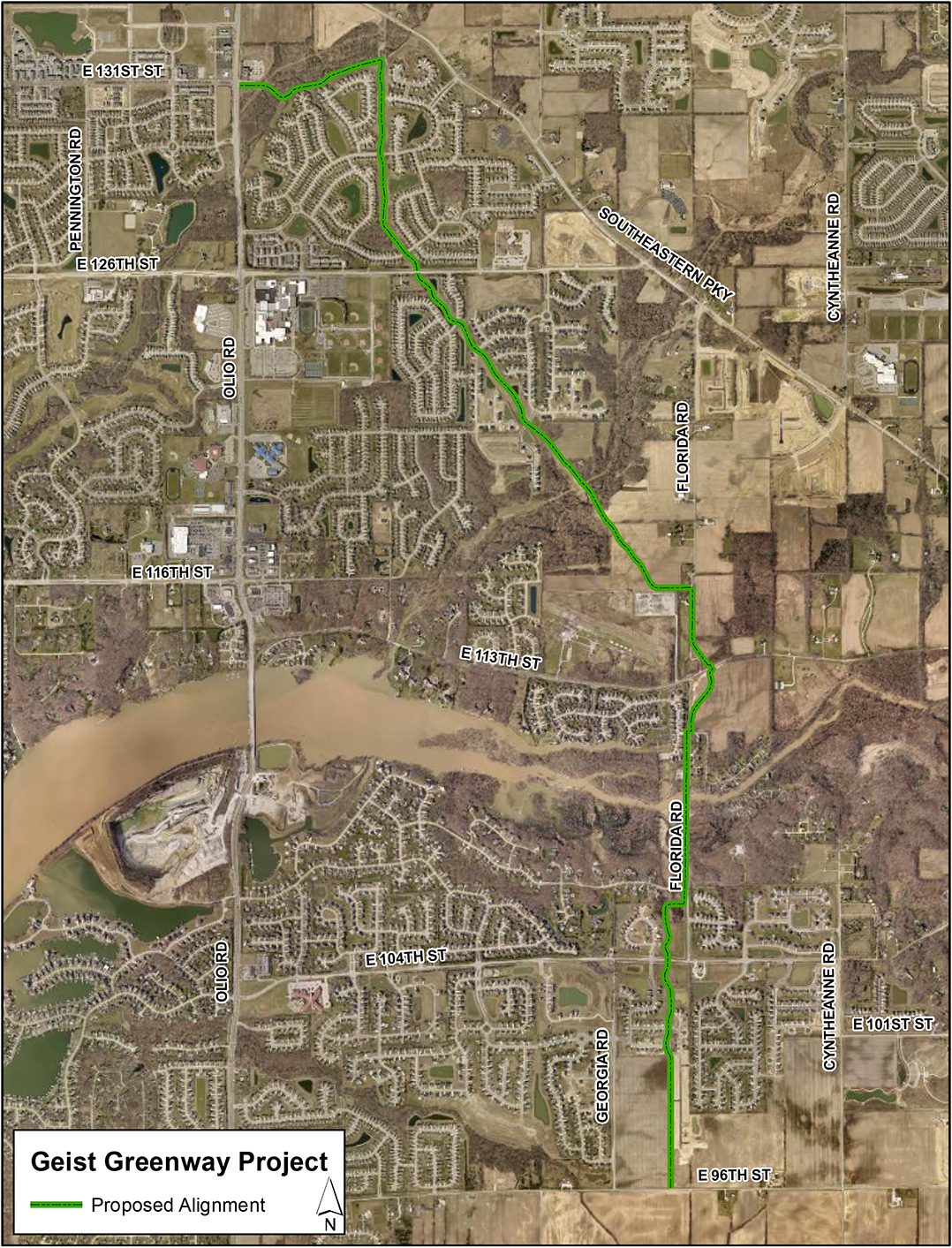 The City of Fishers is planning ahead by including city departments in conversations about the greenway with future neighborhood developers before Geist Greenway construction begins.

“As new developments come online south of 104th Street where the easement exists but there isn’t development, we want to let (developers) know it’s coming,” City Engineer Jeff Hill said. “We will let developers know the easement is in place for the trail and bring little pieces of it online.”

Hill said the notice could lead to developers agreeing to build a portion of the trail, or it may lead to a partnership between the developer and the city.

“It just depends on what the trail in a particular development looks like,” Hill said. “We’ve been trying to take this down in waves, build it in phases and start to get neighborhoods online and connected and make meaningful connections to existing neighborhoods.”