You are at:Home»Current in Carmel»Carmel Community»Sentence includes 2 years in work release program for stealing neighbor’s bulldog

Editor’s note: This story previously misstated Reid Albrecht’s sentence. He has been sentenced to two years in a work release program.

A Carmel man who pled guilty to theft for stealing a neighbor’s pet bulldog has been sentenced to two years in the Hamilton County work release program and ordered to pay $4,280 in restitution.

As part of the plea, 22-year-old Reid Albrecht will participate in a work release program and have 30 days to give police more details about the theft and what happened to Gus, a 3-year-old bulldog who knew how to skateboard. 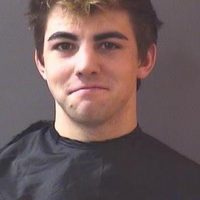 Gus went missing from the Kiger family’s yard in October 2017, and since then the family has been searching for answers regarding his whereabouts. Their story made national headlines, and a Facebook page, “Gus is Missing” has nearly 3,500 followers.

Albrecht said little during the Nov. 28 sentencing, only saying, “I’m sincerely sorry” about stealing the dog when given an opportunity to make a statement.

The Kiger family, however, had much to say to Albrecht. Christina Kiger said Albrecht stole more than a pet from her family. She said his actions robbed her three young children of their innocence, as they’ll “never see the world again the same.”

She also said the sentencing will help bring peace to her family and the neighborhood. 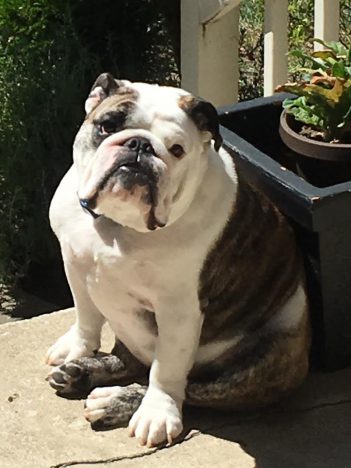 “My family rests easy, knowing despite all you put us through we rose up above this evil act to advocate and fight for what is right and just,” Kiger said to Albrecht during the sentencing. “I don’t forgive you, and I will continue to fight for innocent children and animals to have a voice against the evil people like you that unknowingly surround them.”

Prosecutors asked Hamilton County Judge J. Richard Campbell to order Albrecht to pay more than $13,000 in restitution, but Campbell said that Indiana law only allows for the fair market value of the animal to be considered.

“As insensitive as it seems to be, the bottom line is a dog is personal property in the State of Indiana,” Campbell said, ordering Albrecht to pay $3,000 for Gus and $1,280 for counseling the Kiger family received because of the incident.

Albrecht’s attorney, Andrew Dollard, commented on behalf of the Albrecht family on Nov. 29.

“Reid and his parents are deeply sorry that this event occurred, and they are hoping that the Kiger family can now move on with their lives,” Dollard stated in an email.

Police arrested Albrecht in April 2018 after footage from a neighbor’s surveillance system and witness reports helped lead them to Albrecht.