You are at:Home»Night & Day»Entertainment News»DeYoung brings ‘Grand Illusion’ to Palladium.
Former Styx lead singer Dennis DeYoung never understood the attraction of performing an entire album, start to finish, in concert.
“My theory is on any album, no matter how great it is, there is always a song or two that you think maybe does anybody really need to hear that one again,” DeYoung said. “The fans responded so positively, we said, ‘OK.’ My observation after having done this for a long time, the fans are pretty important. Without them, I’d be in my basement playing with my trained parrot.” 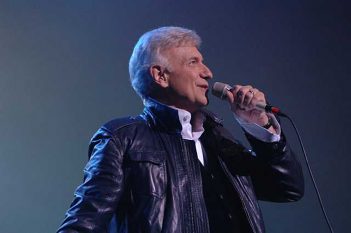 DeYoung, 71, will perform as part the 40th anniversary tour of the “The Grand Illusion” album at 8 p.m. Nov. 30 at the Palladium in Carmel.

“It started as a lark on the 40th anniversary of the day it was released, July 7, 1977,” DeYoung said. “I decided to do that one show in Chicago and sold it out. People reacted so positively to it that my manager and I decided to try it again in December and sold it out again. We thought, ‘What’s going on here?’ So, we decided we would offer it to promoters, and 25 different cities came in immediately to do the show. It continues because promoters keep wanting that show.”
DeYoung, one of the founding members of Styx, left the group in 1999 after he wanted the other band members to postpone the tour because of an illness that temporarily made his eyes sensitive. His bandmates refused and replaced him. DeYoung, who had creative differences about the band’s direction, wrote seven of Styx’s eight Top 10 Billboard singles.
“I play the album exactly the way you would listen to it, unless you were high,” DeYoung said jokingly. “Then we take a short break and go back and change our Pampers and then we play all the greatest hits that were not on the album.”
The album includes the title track, “Fooling Yourself,” “Come Sail Away” and “Miss America.”
“That was the best Styx album, start to finish, we ever did,” DeYoung said. “A number of the others are quite good, but to me, this brought together a conceptual idea of really good songwriting and good production. There is not a speck of cereal. We don’t have to put some bread in the meatloaf to make it go further.”