You are at:Home»Current in Fishers»Fishers Community»Fullhart seeks second term on HSE school board

Michelle Fullhart is seeking a second term for her District 3 seat on the Hamilton Southeastern School Board.

Fullhart, a 16-year Fishers resident and longtime district educator, said she was always interested in serving on the school board because of her teaching career. She was first elected in 2014. 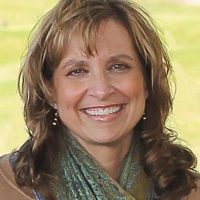 “One of the reasons I ran originally was because I wanted to bring a little more communication and transparency from a board perspective,” she said. “Not everybody knows about the board’s meetings, so I created a Facebook page campaign page and I have kept it and put when meetings are happening and what’s on the agenda, just so anybody that follows me is aware of what’s happening.”

Fullhart moved to central Indiana in 1991 and took a teaching position at Fall Creek Elementary. She took a break from 1997 to 2007 to take care of her three boys.

She has recently served as a permanent substitute teacher and educator at New Britton Elementary from 2009 to 2014.

The HSE school board is in the midst of a redistricting plan, and that has inspired parts of Fullhart’s campaign.

Fullhart said she is concerned about the feeder system into the high school and factoring in school choice. She said students have referred to themselves as “flippers” who attend Riverside Junior High School, then end up attending a school not as many of their peers attend such as Hamilton Southeastern High School instead of Fishers High School.

Fullhart said she wants to look at a redistricting plan for grades 5 through 12 as opposed to the current K through 8 grade plan.