You are at:Home»Current in Fishers»Fishers Community»New group launches, hopes to bring different faiths together in Fishers

On Sept. 25, Fishers Mayor Scott Fadness hosted a breakfast at City Hall to introduce the Fishers Multi-Faith Community for Compassion to other members of the religious community. The group is comprised of members of various religious organizations who want to bring different faiths together. 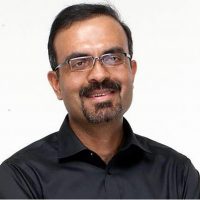 “It’s a group that formed about six months ago with myself and a friend of mine who is a pastor, Jerry Zehr. He runs a similar group in Carmel called Carmel Interfaith Alliance,” said Muzaffar Ahmad, the group’s co-founder. “We got started thinking about our collective passion for bringing people of different faith communities together.”

Ahmad is looking for new members to join the group.

“A lot of new people came to the breakfast, around 60 to 70 people,” he said. “There was a lot of good discussion and enthusiasm from different people. The goal will be to allow a platform for Fishers residents to meet people from other faith communities and do some activities together promoting interfaith or inter-religious understanding.”

Ahmad said Fadness’ main objective for hosting the event was to learn more about building a soul for the community.

“His biggest reason that he shared with us was that he knows how to build a physical city with roads and bridges, but not how to build a community a soul,” Ahmad said.

A wide range of religions were represented at the event.

“There were all different beliefs and religious backgrounds represented,” Ahmad said. “There were also people who considered themselves as spiritual but not religious.”

The group isn’t just about religion.

“It’s also about being a community with compassion,” Ahmad said.

The group will meet monthly and plans to host future events, which are open to the public. For more, visit facebook.com/Fishers-Multi-Faith-Community-for-Compassion-1030817280430422/.