The first Winthrop Avenue Marketplace was so well-attended that Mary Ann Lucas said organizers decided it was time for a return performance. 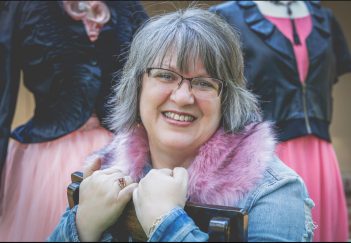 Lucas, who has lived in Fishers for three years, is one of 10 vendors involved with Vintage 54 Collective, which is in the south Broad Ripple area. Another vendor is Sara Baldwin Schatz, Carmel, who is the Current in Zionsville editor.

“It was so successful that we decided this year we wanted to partner with Indy Urban Flea,” said Lucas, who sells a variety of boutique candles, antiques, vintage clothing and collectibles.

The corporate sponsor is Liter House, a new German restaurant next to Vintage 54 Collective. Liter House will serve its food and beer.

Lucas said she wants to have 40 or more vendors, which is approximately what the event had last year.

The RoundUps, a country band, will perform during the event.

“We have vendors who use reclaimed vinyl records to make jewelry,” Lucas said. “We have vintage clothing dealers, home decor, you name it.”

The event’s nonprofit sponsor is Patachou Foundation, which strives to end childhood hunger. Patachou is seeking to raise awareness for its mission with the event.

Vintage 54 Collective will present Pet BOOrade from 2 to 4:30 p.m. Oct. 27. Lucas said the event will feature Instagram star ‘Ridley The Beagle” as the master of ceremonies, along with pet portraits, pet adoptions and a parade of costumes with prizes.