For Beef & Boards Dinner Theatre owner Doug Stark, the timing is right to bring “Man of La Mancha” to the stage.

“I’ve wanted to do the show for a long time,” Stark said. “It’s a classic and needed to be placed properly in a season that had the variety of shows like ‘Seven Brides for Seven Brothers’ and ‘Elf.’” 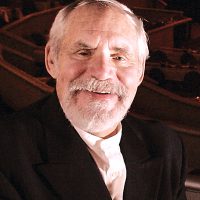 “Man of La Mancha” is based on the Miguel de Cervantes’ 17th-century novel “Don Quixote.” The musical play-within-a-play, which is set in a dungeon during the Spanish Inquisition, focuses on a time of chivalry, adventure, romance and a noble knight in his quest for the impossible dream. The musical features the classic, “The Impossible Dream.”

Richard White, best known as the voice of Gaston in the 1991 animated film “Beauty and the Beast” portrays Miguel de Cervantes. White, based in New York, has appeared on Broadway as well in “The Most Happy Fella,” “Jekyll and Hyde,” and “Gigi.” He also has performed in several touring productions.

Erica Hanrahan-Ball, Los Angeles, returns to Beef & Boards in the role of Aldonza. She previously appeared at Beef & Boards in 2006 in “Cabaret.” Indianapolis residents Eddie Curry (Sancho Panza) and Logan Moore (Dr. Carrasco) have the largest roles among area performers.

The cast is a mix of out-of-town performers and Beef & Board regulars.

“It became one of the difficulties of the show,” Stark said. “There were a number of actors who were performing in ‘Seven Brides for Seven Brothers,’ and we had to reconcile a rehearsal schedule for ‘Man of La Mancha’ with the performance schedule for ‘Seven Brides’ – all in 2 1/2 weeks.”

In total, there will be 40 performances. Tickets range from $44 to $69 and include Chef Odell Ward’s dinner buffet, fruit and salad bar, unlimited coffee, tea and lemonade.