You are at:Home»Current in Carmel»Carmel Business Local»Flanner Buchanan partners with Operation Honor Guard to bring military honors to veterans’ funerals 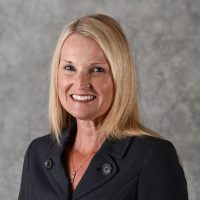 “The main idea of it is to provide uniforms,” said Maureen Lindley, vice president of marketing at Flanner Buchanan. “The average cost of a uniform for an honor guard member is around $800. Our proceeds are going locally to Indy Metropolitan Military Honor Guard, and they conduct over 400 funeral honors each year. ”

According to Lindley, 90 percent of proceeds collected will stay in the community, while 10 percent will go to Operation Honor Guard to cover administrative costs. Donations will be collected from 6 a.m. to 6 p.m. Oct. 4 at three Indianapolis-area locations: downtown Indianapolis on Monument Circle, Oaklawn Memorial Gardens at 9700 Allisonville Road in Fishers and at American Legion Post 355 at 7610 South Meridian St. Cash, check and credit card donations are accepted. Online donations may be made at flannerbuchanan.com/operation-honor-guard/.

“Only 10 percent of the population has ever served in the military, so we have a responsibility to honor that 10 percent that have served. It’s the last and final thing we can do for them,” Lindley said.

She added that IMMHG is always looking for more veterans to become part of the honor guard in Indianapolis.

“While it’s great that we’re raising money, we also want to bring awareness to the fact that we need more veterans to step up and serve with these honor guards,” Lindley said. “If you are a veteran and you are out there looking for a way to contribute, contact us or contact IMMHG.”