With regard to membership, St. George Orthodox Christian Church may have more diversity than other churches in the area.

Although masses are spoken in English, some portions are spoken in Romanian, Russian, Greek, Spanish and Arabic. The church serves a vast community of members who are from Syria, Egypt, Lebanon and Middle Eastern nations. Many do not speak English, so St. George began conducting an all-Arabic service once a month. Nearly 50 percent of church members speak two or more languages, including Rowa Mercho.

Mercho is from Demascus, Syria. She immigrated to the United States in 1994. Last year, she went on a church pilgrimage to Jerusalem, where her faith was re-ignited.

“I’m Orthodox. I grew up Orthodox and always had that faith and feelings and I love the Byzantine music, but I cannot describe the feelings when you go to Jerusalem,” she said. “Spiritually, you get lifted up. I just cried.”

Another St. George member, Ludmila Woodward, a native of Moldava, Czech Republic, also grew up Orthodox. Of all the churches she has attended, she regards St. George her spiritual home.

“I love St. George’s,” she said. “The people are very hospitable and we are like a family here. I won’t change for anything. St. George is my home. You have to have a house, a home church, and this is my church, my home. It’s my faith and my life.” 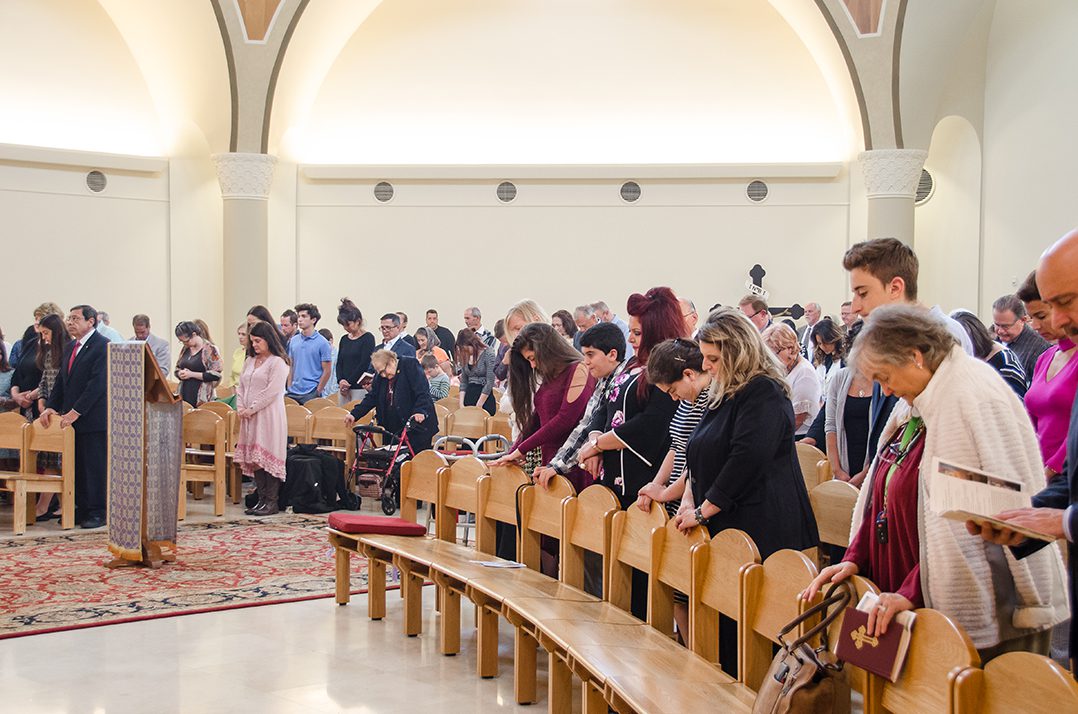 Of the many Christian denominations, the Orthodox tradition is one of the world’s oldest.

“If I were to give it one word, (it would be) consistency,” said Riyad Bannourah, a St. George member from Jerusalem. “If you were to step into a divine liturgy in the second or third century, it is the same as now. It is the same service because the theology hasn’t changed. You really can’t find that in other churches.”

Bannourah is one of the many members who speaks multiple languages. He is fluent in English, Arabic and German and speaks a little Hebrew.

The main service for the Orthodox faith is The Divine Liturgy, written by St. John Chrysostom, a preacher from the fourth and fifth centuries.

“Every church uses the same service,” said Paul Adamson, a Carmel resident whose wife is from Taiwan. “So, wherever you go, you feel at home, even if you don’t understand it.”

The church proclaims love and inclusion. When refugees were fleeing Syria into the U.S., St. George’s charity committee helped support them by finding them apartments and providing furniture and directing them to aid services.

‘If we have God as our father, that means we are all brothers and sisters,” said Rev. Nabil Hanna, St. George’s pastor. “So, we are from one family, and these things (different backgrounds) don’t matter. What counts is that we are children of God together and we belong to his kingdom.”

Hanna speaks five languages – English, Arabic, French and biblical Greek and Hebrew. He learns various phrases to implement into the masses so everyone feels included.

“Usually, it’s phrases that are repeated like, ‘Peace be to all,’” Hanna said. “I’ll come up with a different language for that time to emphasize our unity. We use the common language (English), but we also appreciate everybody’s backgrounds. We are all one in Christ.”

St. George Orthodox Christian Church ministers to approximately 700 people. Founded in 1926, the church moved to Fishers from Indianapolis in 2013. For more, visit stgindy.org. 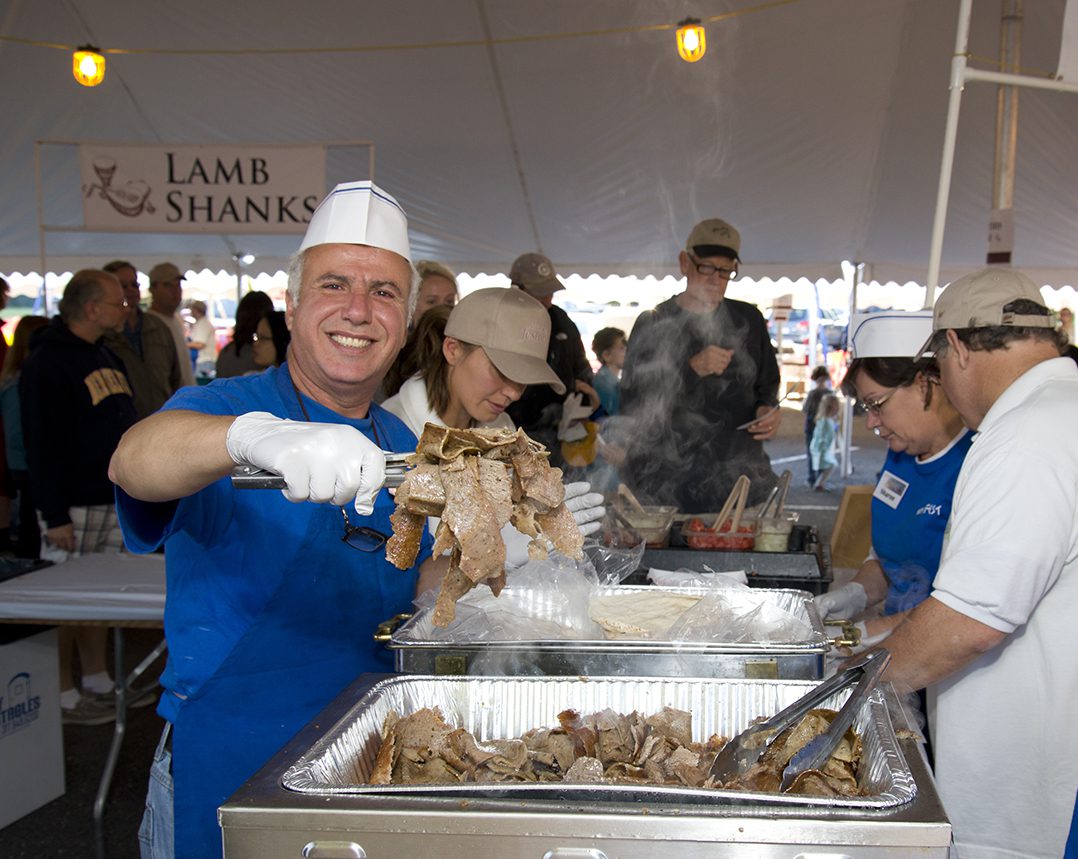 The festival will feature a Middle Eastern band, hourly dances and food booths with items such as lamb shanks, falafel, gyros, kibbe, kafta, spinach pies, grape leaves and desserts. Food is homemade by church members. Guided church tours will be available to view its architecture and Greek iconography. Vendors selling jewelry, art, olive wood crafts and other items will also be on-site.

The festival’s goals include community outreach, allowing the St. George community to work together in harmony and raise funds to pay off the church’s mortgage.