You are at:Home»Current in Noblesville»Noblesville Cover Stories»State of Health: Riverview CEO’s address highlights changes to health care in county

During the past several years, Riverview Health has expanded and upgraded in many areas. This year’s changes were highlighted by Riverview Health President and CEO Seth Warren when he recently addressed members of the Noblesville Chamber of Commerce at its annual State of Health in Hamilton County luncheon.

For more than a century, Riverview Health has been a health care mainstay in Noblesville and Hamilton County.

“As the county hospital, we are owned by the county, and we are overseen by the three Hamilton County commissioners, but that’s about where that ends,” Warren said. “We do not receive any funding from the county and tax dollars are not going to support us. The care that we provide is generated by the other services we offer.”

Offices and services provided across central Indiana have expanded Riverview’s reach to outside Hamilton County.

“We’re more than just a hospital,” Warren said. “The health care that we provide is well beyond the walls of (the Noblesville) facility, but we have a beautiful, state-of-the-art campus. When people visit the Noblesville campus, they’re very pleasantly surprised. This is not what people remember from 25 years ago.”

“Our 1950s exterior was a little tired, so we’ve recently put (work) into that, not only to make it prettier, but that building also had virtually no insulation. We had snow blowing in around the windows,” Warren said. 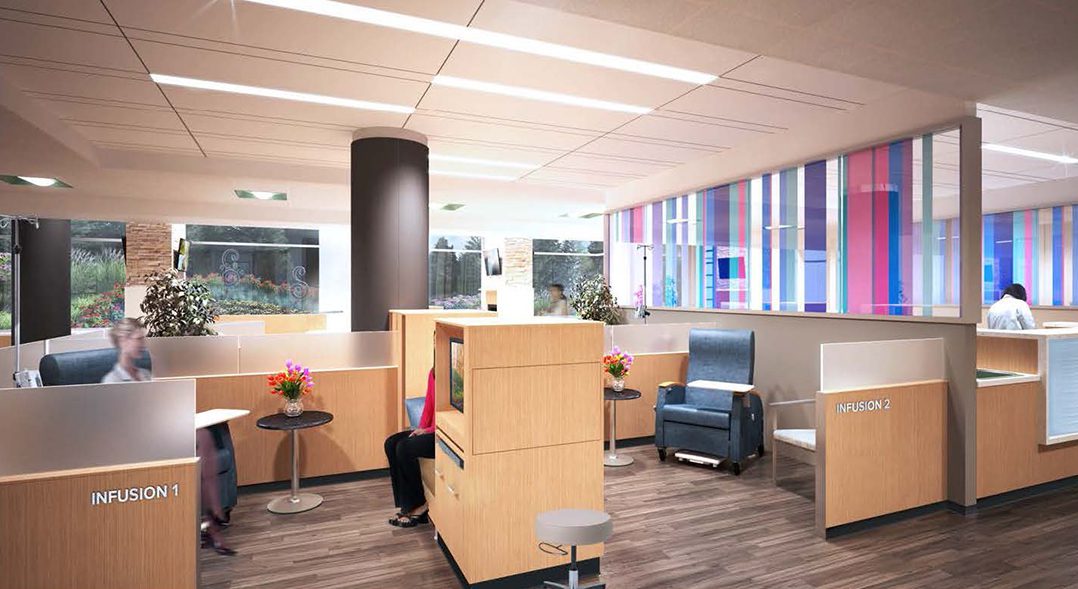 The infusion center at the Noblesville hospital is set to open in 2019. (Submitted photo)

In September 2016, Riverview Health unveiled a new project, the expansion and updating of its infusion center.

The center treats cancer patients with chemotherapy and treats multiple sclerosis patients and patients who suffer from autoimmune diseases. These patients often are in the center for several hours at a time.

“The demand for this service, unfortunately, has grown dramatically,” Warren said. “It has more than doubled in the last few years, so we have over 10,000 (treatments) per year. The current space is just undersized, and there’s not a lot of privacy. We’ll be using some space on the second floor for a lab, radiology and a coffee shop. It’s going to expand out a little bit towards (Ind.) 32 to accommodate more people. We’ll have private and semi-private areas, so if (patients) want to interact with other people receiving chemo, they are able to do so. We are currently doing fundraising for that.”

The infusion center is planned to open in 2019.

“This is used for radiation therapy for cancer patients,” Warren said. “It’s brand new, state-of-the-art and as good or better than any other in the state.”

The county’s new morgue at Riverview Hospital opened last week and features 20 beds. The old moruge had only two. The morgue is made up of three areas – a body cooler, autopsy suite and a viewing room for families. 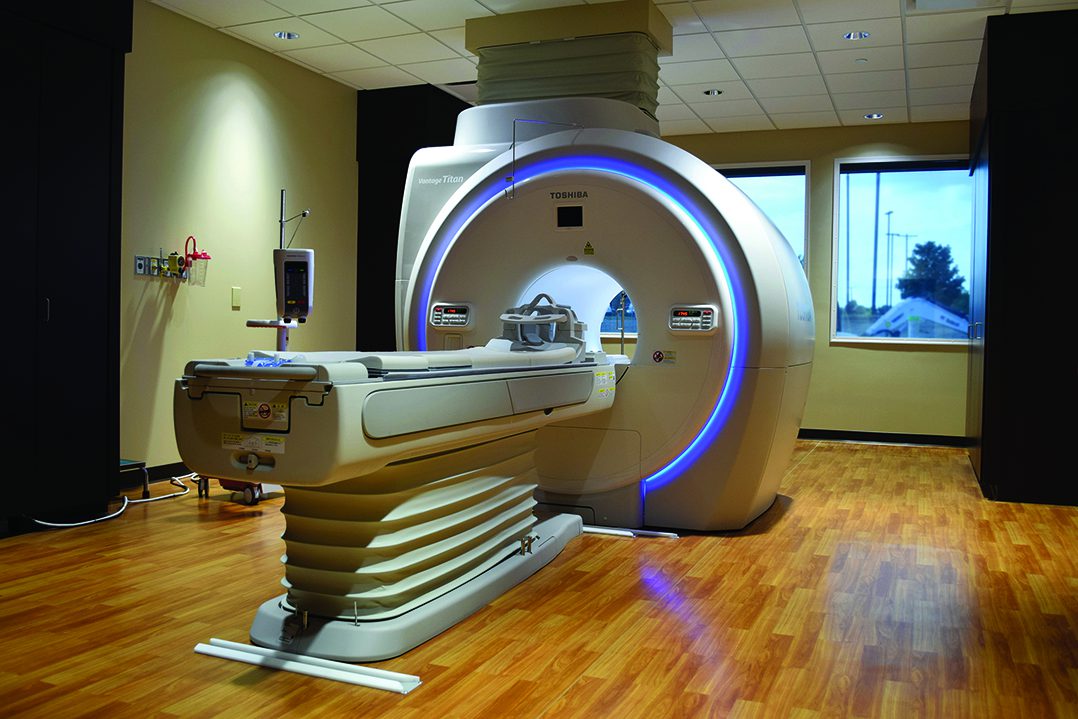 The Riverview Health Foundation gave the MRI machine to the hospital, raising more than $700,000 for it. The larger and quieter machine is designed to make patients more comfortable and less stressed during the exam, while also exposing them to a lower dose of radiation. The same MRI machine is being used at Riverview’s new Westfield hospital. 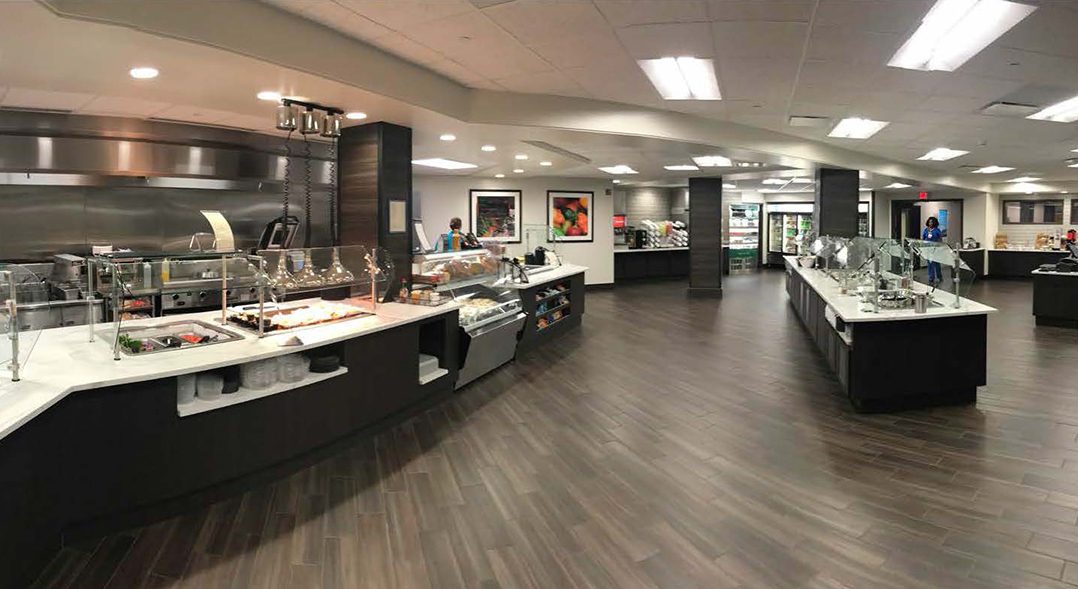 The hospital’s cafeteria also has been upgraded.

“It’s beautiful but it’s much larger,” Warren said. “We now have healthier options and an overall upgraded dining experience.”

A new Riverview Health hospital specializing in urgent care is set to open any day as final surveys and inspections are being completed.

Originally planned as an outpatient care center, plans quickly grew into a full-size, seven-floor hospital with an emergency room and emergency surgery rooms. Plans for diagnositic imaging also were expanded to include a CT scanner. Patient beds were added, too.

On the first floor, there will be emergency and urgent care, lab services, the City of Westfield and Westfield Washington Schools’ employee clinic, a pharmacy, imaging center and a WorkMed Clinic. The second floor will house inpatient beds and operating rooms. The third floor will feature 16 patient beds. The fourth floor will have offices for Riverview Health Physicians Orthopedics and Sports Medicine and physical and occupation therapy services. The fifth floor will have primary care, internal medicine, endocrinology and general surgery doctors offices. The sixth floor has not yet been designated for a specific use and provides room for continued growth. 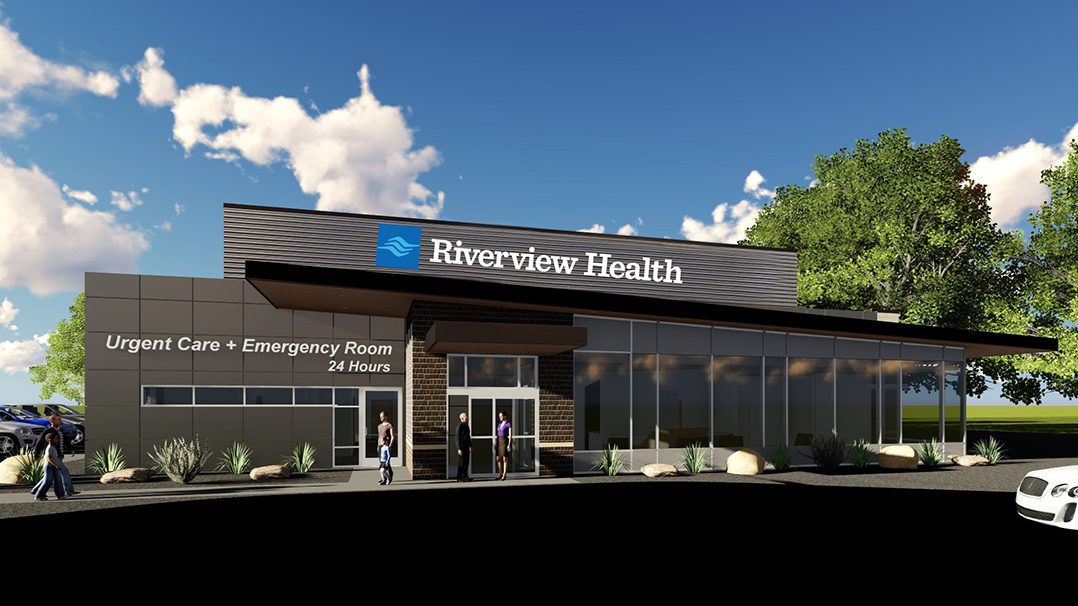 “This is the same model we have at the Westfield hospital,” Warren said. “It’s a one-stop shop where a patient will show up, and we’ll tell you what we can do for you and bill you accordingly. The first one is going to be in Fishers right next to Top Golf, across from Portillo’s. It’s ER and urgent care, not a micro hospital. If you need additional care, we’ll transfer you appropriately. Three other locations will be in North Carmel, West Carmel and in Nora.”

“As the county grows, we grow with it,” Warren said. “We are a reflection of the market, and we want to capture that growth. There are a lot of health care facilities in Hamilton County, some bigger hospitals in southern Hamilton County, but in this whole area, there are a lot of needs. We are the county hospital. We have been here for 109 years. We are committed to this community and to providing that care.”