You are at:Home»Current in Fishers»Fishers Education»Boyer to seek HSE school board District 1 seat

Brad Boyer has announced he is running for the Hamilton Southeastern District 1 school board seat.

The 15-year Fishers resident has three children who either are in or have been in the HSE school system. He said he considered running for the board several years ago when but decided to pass because it was not the right time. 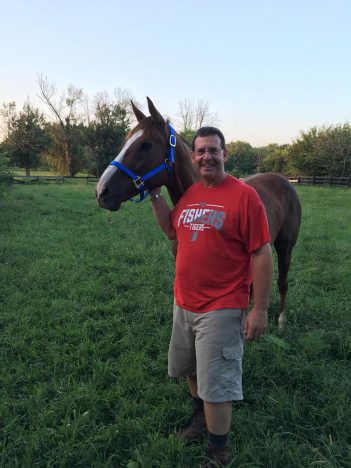 Brad Boyer has announced he is running for Hamilton Southeastern School Board District 1. (Submitted photo)

“The time is right now,” Boyer said. “I got a sense that the board just wasn’t able to come together and they just weren’t at a good spot.”

He said if the board is not leading then the rest of the district will not be well-served.

“Excellence in the classroom begins with the school board meetings,” Boyer said.

He said his platform is focusing on students, noting that the push for students enter college right out of high school is a disservice.

“I don’t know that all the kids should end up (in college). I want to give them real opportunities to pursue other career options, maybe other career paths,” he said. “College is just one option but not necessarily the only option.”

Boyer said education is a lifelong progression, not just academic work inside a classroom.

For more, visit the Brad Boyer for School Board page on Facebook.