Forget corn on the cob and apple pie. There is no food more important to our USA game day identity then the mighty hot dog.

Even though Frankfurt, Germany, claims to have invented the Frankfurter in the 1400s, these sausages cropped up in America in the 1860 from pushcarts in New York City. The first real frankfurter on a bun was sold in 1893 at the Chicago World’s Fair (Columbian Exposition). Since it was easy to hold and inexpensive, the frank grew in popularity by leaps and bounds and has become the standard go-to fare for football games. The name “hot dog” began appearing in college football programs in the 1890s, and Yale magazine wrote about munching on hot dogs in 1895. 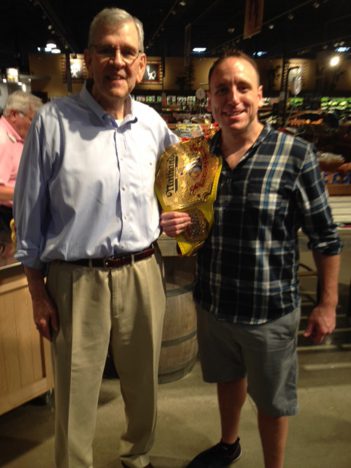 By talking with dozens of tailgaters across America, we’ve learned that hot dogs are still as popular as ever. Practically every tailgater we spoke to said that they enjoyed hot dogs. So, we began a quest to find out how to have a perfect tailgate hotdog. But where should we start? How about with America’s most famous hot dog consumer?

The most famous hot dog eater can be no other than Joey Chestnut, 11-time winner of the Fourth of July hot dog-eating contest at Nathan’s Famous Restaurant on Coney Island. This annual event is telecast live by ESPN. Chestnut, a professional eater, is ranked first in the nation by majorleagueeating.com. Obviously, he is an authority on hot dogs.

We sat with Chestnut one afternoon and enjoyed a hot dog slathered in his new product, Joey Chestnut Spicy Brown Firecracker Mustard. The first question we asked was, “Do you enjoy hot dogs in a normal way, like eating only a few at a meal?” “Absolutely,” he said. “I really like them.” We asked which dogs he liked best, and his answer was, “I like Nathan’s ‘Famous’ with their spice mixture and natural casings.” So, we now had to see how Nathan’s prepared their hot dogs. 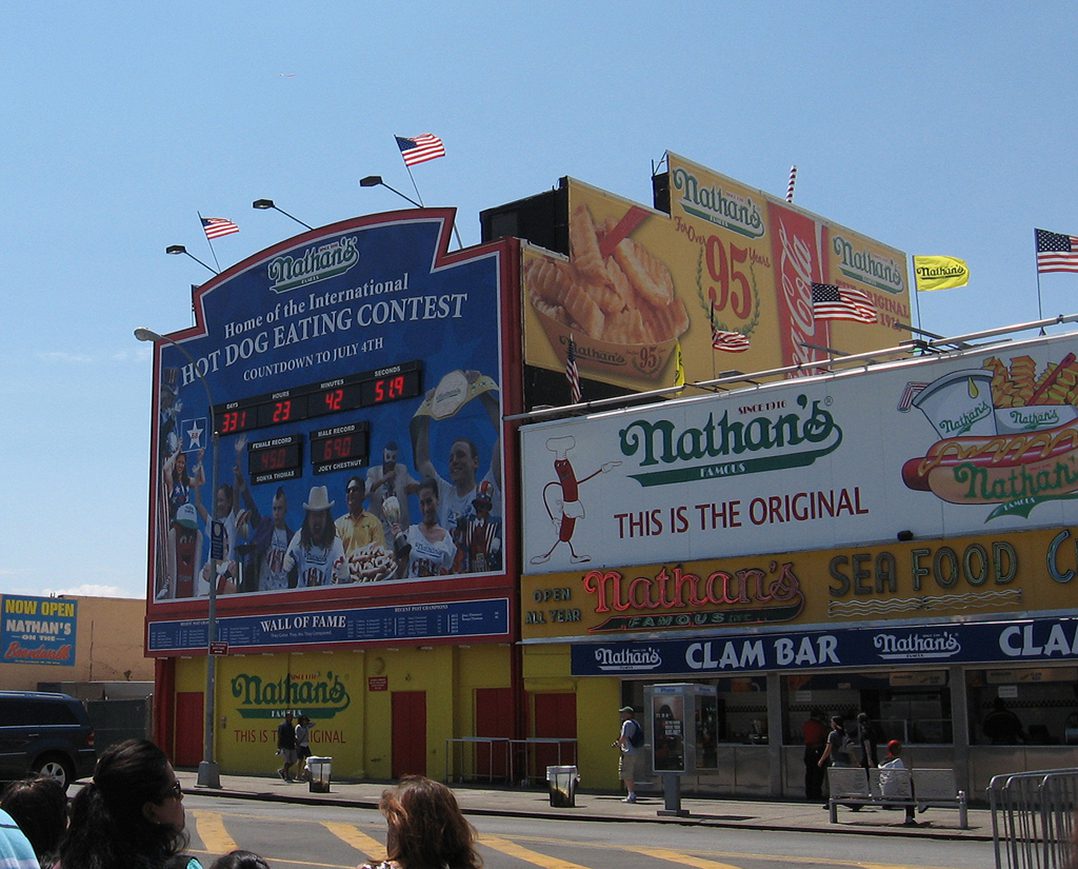 We visited Nathan’s with its famous Coney Island hot dog. There were three of us in our party, and we each ate several hot dogs and enjoyed them immensely! Chestnut was right on about the spices and casings – they were so good. To find out more, we talked with Phil McCann of Nathan’s marketing department. He said that hot dogs should be grilled on a flat top grill and just before they are done, press down on them with tongs to break the skin slightly to release some of the spices onto the hot dog.

Whether one likes hot dogs from a local butcher, Nathan’s, Hebrew National, or any of the other brands, the important thing is to buy what you like and cook them as you like. From our research, here are some recommendations  others have found to enhance the hot dog’s taste: