It seems to us that there are a lot of new breweries these days. In the 1980s, according to Brad Tuttle in Time Magazine, there were less than 100 brewers in America. And of these breweries, all were mass marketers. In 2008, the number of companies brewing beer rose to around 1,500, and it climbed to 3,500 in early 2015. According to Brewbound.com, 6,372 breweries were making beer in 2017. It’s a sure bet that we’ll see more of these breweries when the 2018 figures are in. So, why this new demand for beer? 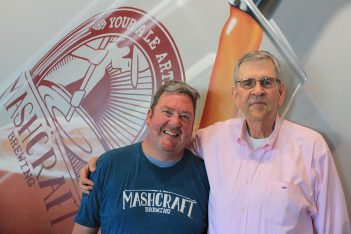 Tailgaters seem to be buying craft beers, not because they look good, but because of all the new craft breweries and brewpubs that specialize offering quaffs to meet different tastes.

Today’s beer drinkers now can enjoy IPA (India Pale Ale) style brews as well as America cream ales, pale ales and as many other tastes as one can imagine. It’s not uncommon to see tailgaters comparing labels and even swapping beers in the parking lot.

With all this in mind, we decided to figure a good way to use one of these new craft brews to make a tailgate breakfast for those early (noon) start games where tailgaters are setting up at 10 a.m. and needing breakfast foods. So, we went to one of the Midwest’s growing craft breweries, Mash Craft Brewing, in central Indiana now with three locations. At Mash Craft in Fishers, we met Andrew Castner, the master brewer and Paul Whitmore, the location manager.

These gentlemen agreed to let us experiment in their kitchen with their ales to come up with a new tailgate recipe and possible addition to their brunch menu.

We tried lots of mixtures and brews along with different toppings and came up with this great but simple Ale Pancake recipe. 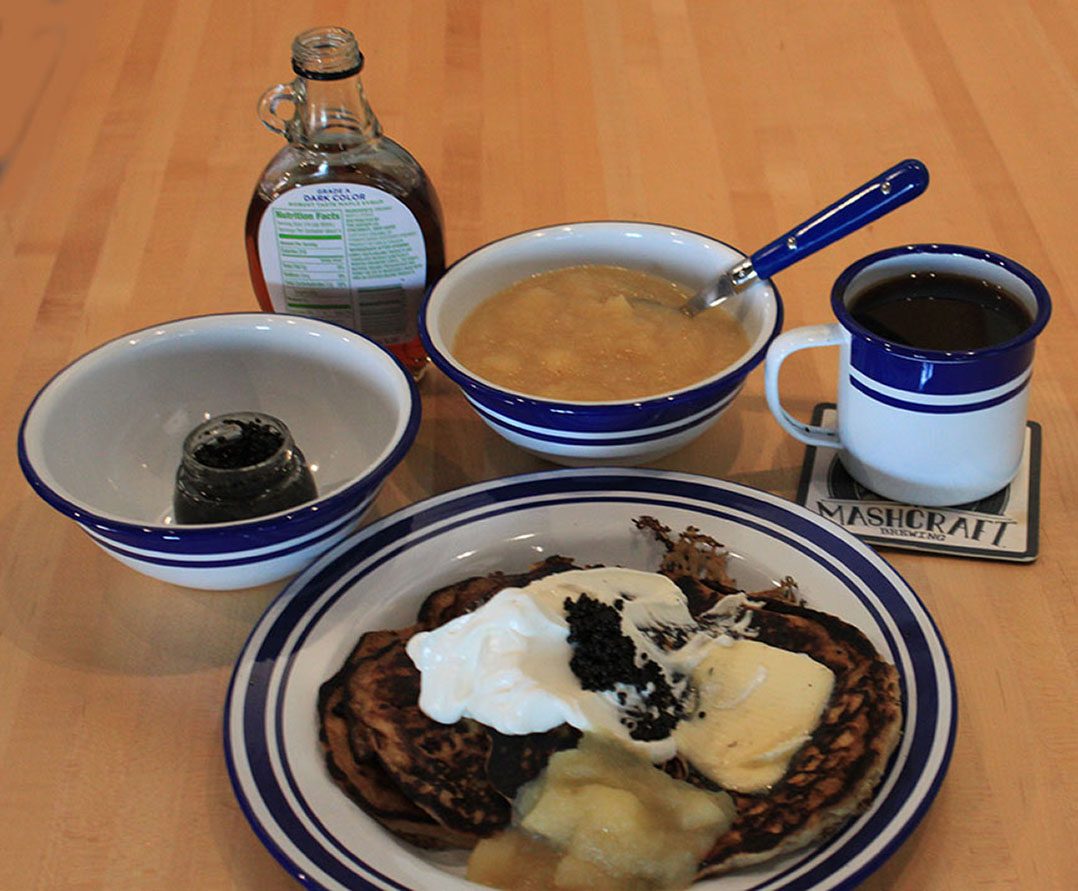 Wisk 2 cups of the pancake mix with 12 ounces of ale until only small lumps remain. Move this batter to a sealable pitcher/container and place this into your food cooler for transport to the game. At the tailgate site, heat your flat top grill or frying pan until water you flick onto the surface will bounce and crackle. Then butter or oil the surface well and pour on one pancake at a time. These cakes are thin so make sure you keep an eye on them. Flip the cakes when done on side one (bubbles have formed). Cook side two a little less and plate the cake.

Top with melted butter and sour cream. Then add toppings you like such as caviar, applesauce and maple syrup. These gourmet treats can be both sweet and/or savory. These ingredient quantities make eight to ten cakes.