You are at:Home»Current in Westfield»Westfield Community»Dinner Party on Union to stretch 627 feet, or 504 seats, long 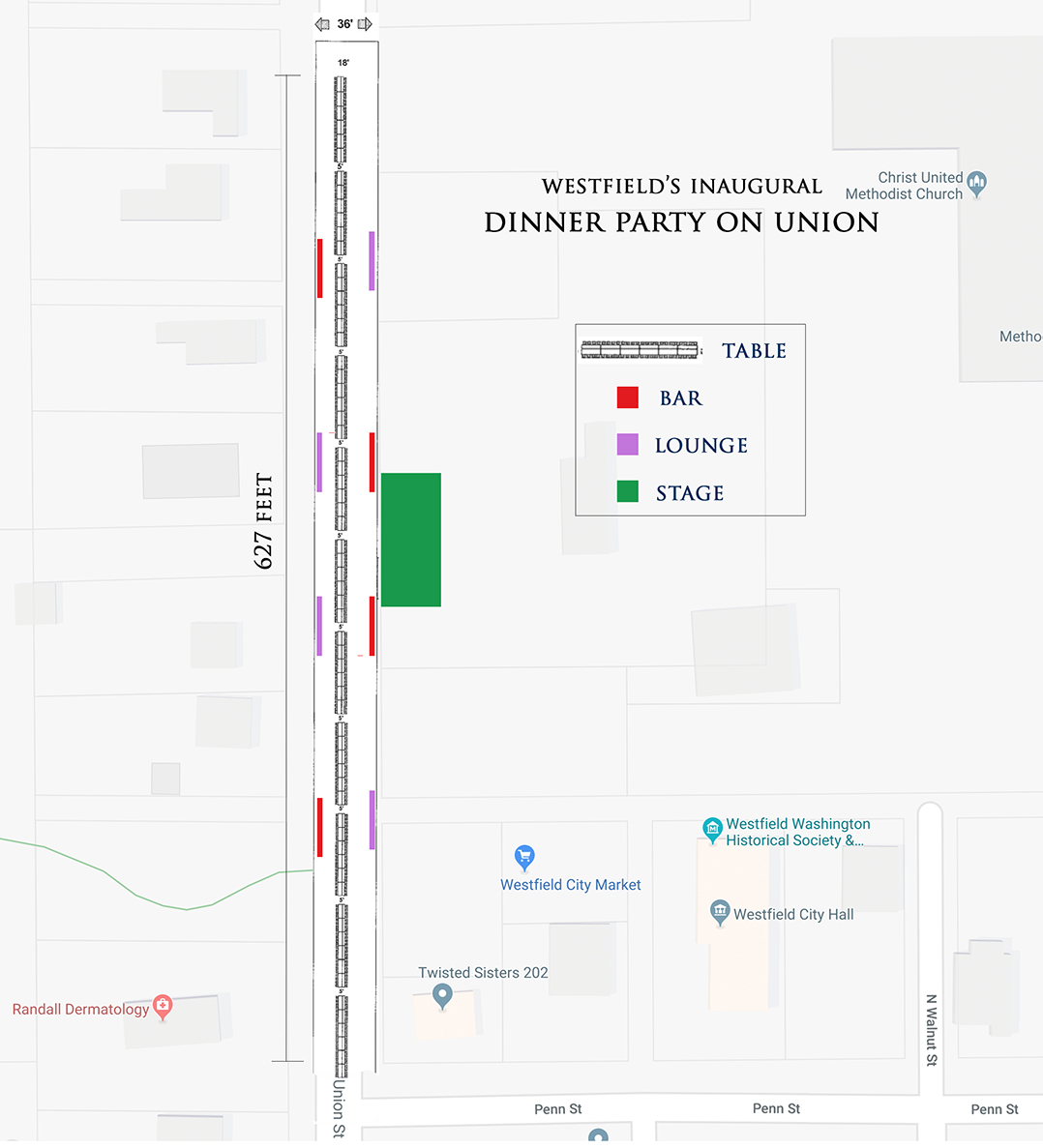 The layout for the Sept. 22 Dinner Party on Union. (Submitted photos)

Dan Moyer will bring what he calls a “historic but fun” event to downtown Westfield Sept. 22. Dinner Party on Union will serve as a fundraiser for an endowment with the Downtown Westfield Association to create a presence within the Grand Junction Plaza when it’s complete. 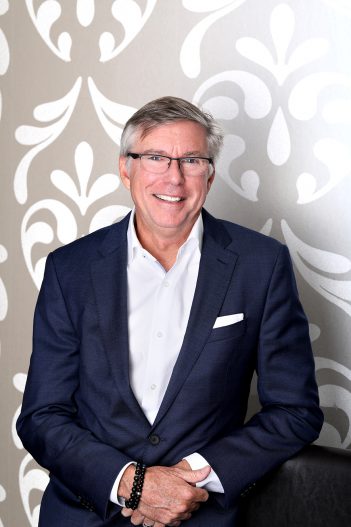 “The idea was to create an event, like a fundraiser for the Downtown Westfield Association, to create a fund that we could endow something into the new Grand Junction Plaza,” said Moyer, president and CEO of Moyer Fine Jewelers in Westfield. “As Westfield has grown and is going to grow a lot more here coming up with a whole new downtown, we decided to get the DWA involved in this in ways to promote downtown Westfield.”

Moyer said he doesn’t know what the DWA will decide to endow because of uncertainty about how much money will be raised. Approximately 85 percent of proceeds from the Dinner Party on Union will benefit the fund.

The dinner party will feature 63 tables – or 504 seats – along Union Street from Penn Street north to the Christ United Methodist Church. Ritz Charles will cater the white-tablecloth event, and Tim Brickley and the List will perform. Lounge areas and four bars will be set up as well.

“The fun of it is to do a historic event that will be the longest dining table in the history of Indiana,” Moyer said, adding he wasn’t entirely sure if a longer table had been done before, but he couldn’t find one.

The goal is to continue the party each year, adding another table to keep breaking the record if ticket sales allow. 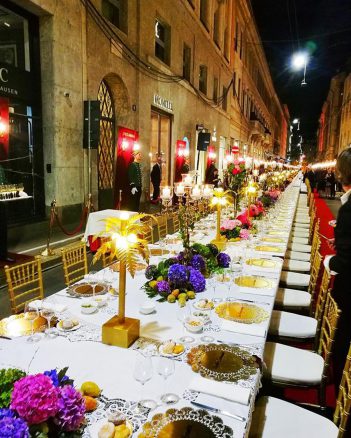 An example of what the tables may look like.

Metal gates will be installed temporarily on each side of Union Street, and lights will stretch down the street. An open bar will be available from 6:30 to 7:30 p.m., followed by a cash bar until 11 p.m. Guests can opt for a bottle of wine to be at their seating area upon purchasing tickets. Dinner will be served at sunset. A live auction and silent auction also will take place.

“It is truly a gala-like event in the street,” said Lauren Bauer, marketing director for Moyer Fine Jewelers. “It is a nice, sit-down dinner with entertainment.”

Individual tickets are $250, but a minimum purchase of two tickets is required. Tables for eight are $,2000. Other sponsorship opportunities are available as well.

Moyer said many of the key players that have assisted in building the city and creating what Westfield is today, such as the mayor and various developers, will be in attendance.