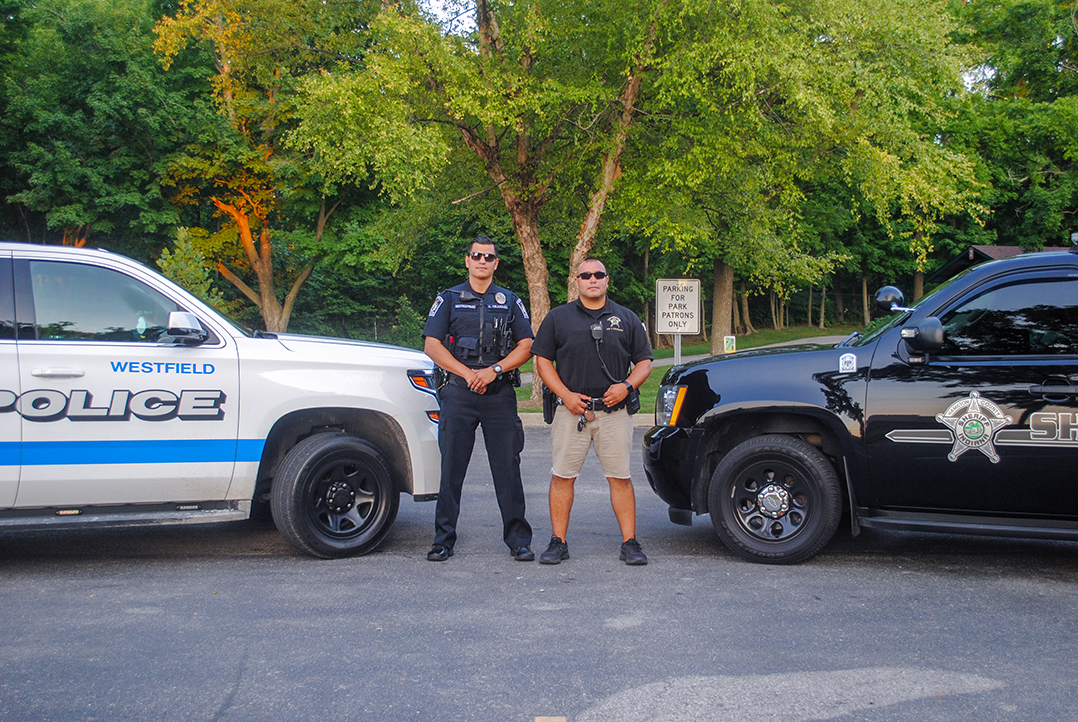 The City of Westfield is home to a vibrant Latino community and embraces its culture. In 2015, the city created Amigos de Westfield, one of several Latino cultural events that have sprung up since then.

Prior to Amigos, Cheri Davis and Carmen Matlock taught English as a Second Language class to adults in various places around the city. Chief of Staff Todd Burtron offered a city building to conduct the classes, and then-parks director Melody Jones spread news of the classes through word of mouth.

“We had over 30 students in our classes over those couple of years,” Davis stated in an email to Current. “The city asked us what else could they do to connect with the Latino population here in Westfield. Carmen explained the importance of family in their culture and the idea of the festival came to be.”

Parks staff attended an ESL class and asked for assistance in forming the Amigos de Westfield festival. Students created homemade decorations celebrating their nations. Westfield High School Spanish teacher Jen Hasler-Troutman spread the word to her students, who then served as volunteer interpreters at the event.

“It was incredible to witness many things about that first celebration. Not only was it exciting to see our high school students give of their time and serve our community, it was incredible to witness so many people from various parts of the world pour into making this festival possible,” Davis stated. “I am extremely passionate about helping friends from various cultures feel welcome and maneuver through understanding various aspects of living here.” 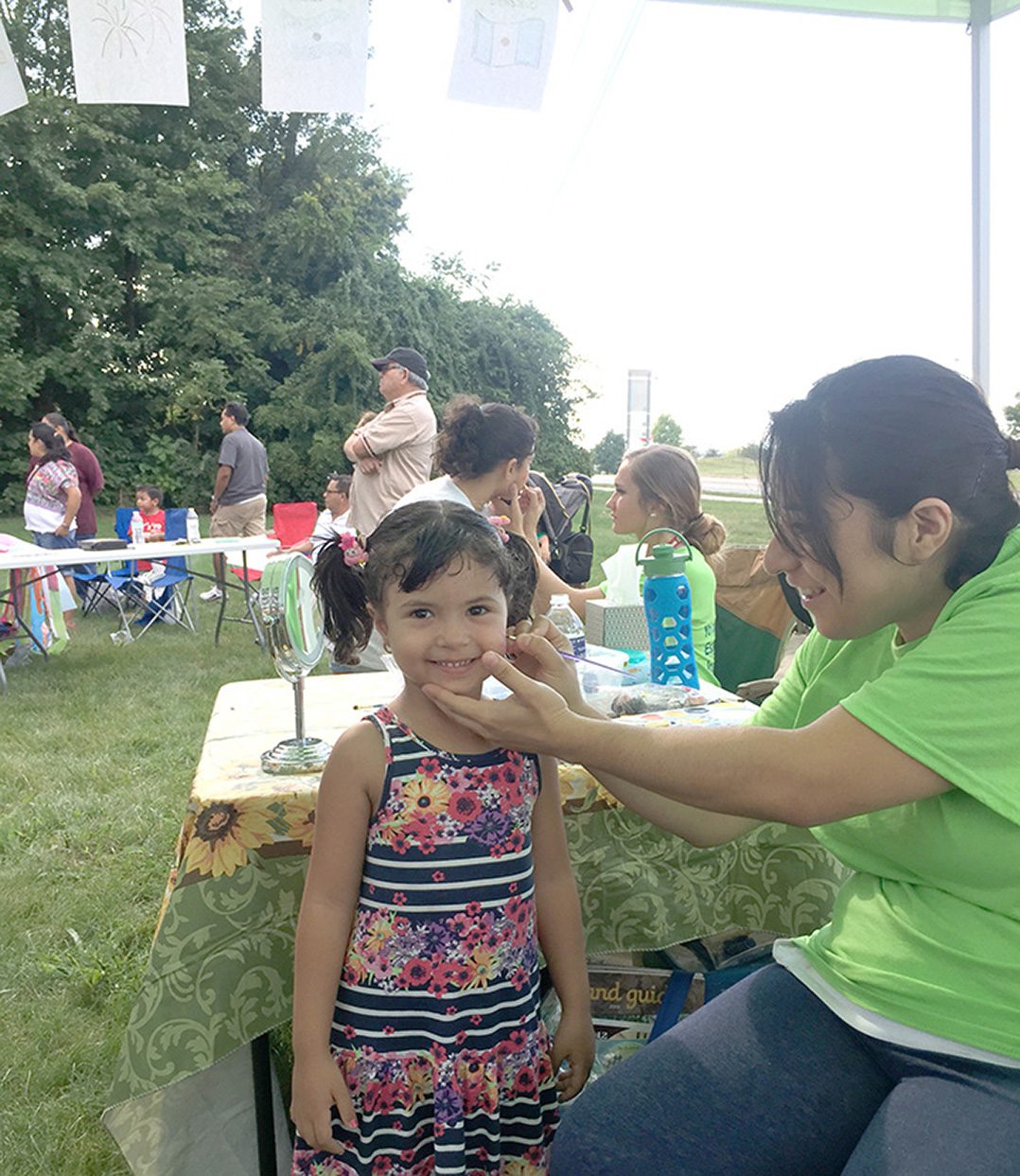 Jessica Trados gets her face painted during the first Amigos de Westfield in 2015. (File photo)

“I wanted to do it because it’s one way police can reach out to the community by going the route with the kids,” he said. “We are starting to create that legitimacy that police officers aren’t bad people. They’re here to help out the community overall. I think Latinos, unfortunately, they’re somewhat afraid of the police. I thought it would be a good idea to reach out to them by having an event that would focus on the children.”

Velazquez said recent issues with immigration policy may be one reason Latinos are wary of police.

The WPD has two bilingual officers. Velazquez said as the department grows, he wants to increase outreach to minorities in the community.

Dia del Nino was celebrated in Westfield for the first time in April of this year. Approximately 200 people attended. 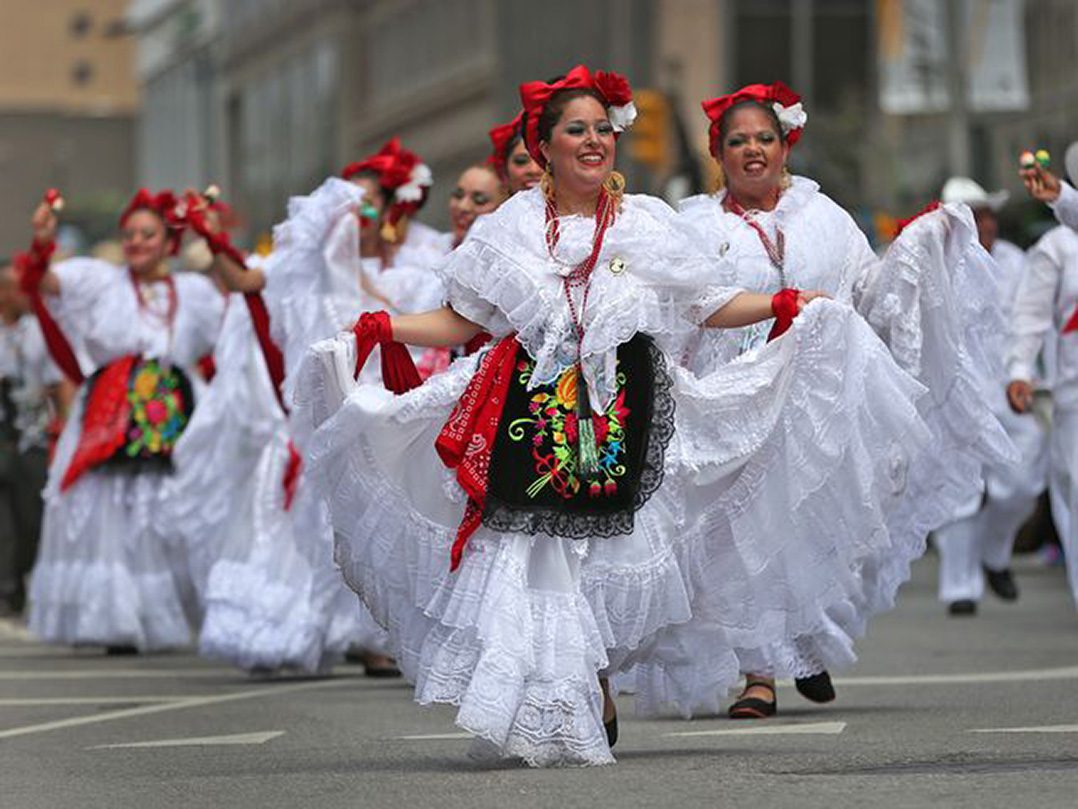 Westfield has a thriving Latino population. A special census in 2017 showed 4.3 percent of the city’s population is Hispanic or Latino, the highest percentage among Westfield’s minority groups. However, Velazquez said the census results may not be accurate because Latinos may not always respond to the census.

Hamilton County Sheriff’s Office Reserve Division deputy Francisco Contreras moved to Westfield in 1999 when he was 14 years old. He was one of the first Hispanic graduates from Westfield High School in 2004. He has worked in customer service with the city ever since and now serves as an infrastructure inspector. Having a friendly face who can speak Spanish to customers has benefitted the city, according to Contreras.

“I feel like I made a difference there (in customer service) because people would come and there was nobody there who spoke their language,” he said. “In the past, they would never call because they didn’t know who to talk to with (questions), but they can now.”

In addition to serving with the HCSO, Contreras is a Westfield Youth Assistance mentor to a young Hispanic boy.

“One of the things why I love helping is because coming from Mexico City, I feel like Westfield has given me a lot,” Contreras said. “I think it’s one of the greatest cities in Indiana, and that’s why you see the growth in the Hispanic population because people love it.”