You are at:Home»Current in Noblesville»Noblesville Cover Stories»Peace Trail: Eagle Scout is awarded for building community path for those with physical disabilities 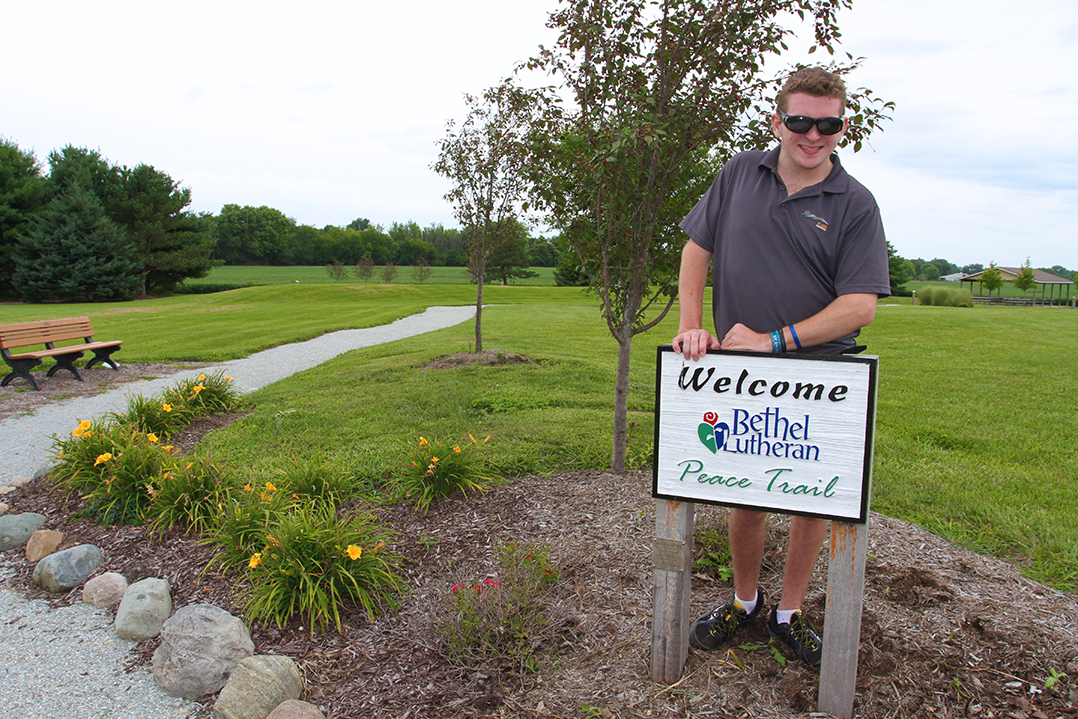 Zack Reising pauses next to the trailhead of the Bethel Peace Trail. (Photo by Sadie Hunter)

A local church and surrounding community are reaping the benefits of an Eagle Scout project that some once deemed too big for one Scout.

Zack Reising’s motto is, “Go big, or go home.” He said he used it for inspiration when making his ambitious plans to build a trail for people who use wheelchairs and walkers.

Reising, 18, a 2018 Noblesville High School graduate, is in Boy Scout Troop 183. He has been Scouting since first grade. For the past three years, the Peace Trail at Bethel Lutheran Church on Cumberland Road, where Reising is a member, has been a passion project.

Reising said he needed the trail to be functional for his own purposes following a surgery for cerebral palsy that requires him to exercise at least four times a week.

“I wanted to do something related to my CP, and I said, ‘Hey, why not build a trail?’” Reising said. “I went to the troop committee to see what they would think of my project, and they did not like it because it was too big, too much of an undertaking.”

Troop leaders, however, eventually approved the project after Reising said he would complete it in phases. 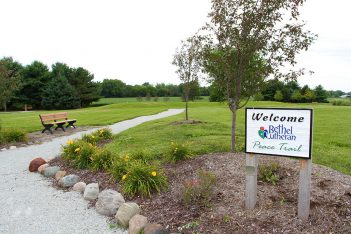 The Bethel Peace Trail was completed in 2016. (Photo by Sadie Hunter)

“When we talk about phasing, that was a discussion to get the troop to say, ‘OK, well, if we phase it, it’s more realistic,’” said Jeff Reising, Zack’s dad. “He told the troop leaders that he’d phase it, but that if he could raise the amount of funds needed, he was going to do the whole thing.”

Today, the trail — approximately two-fifths of a mile — is complete after Reising raised more than $10,000. Constructionbegan in February 2016 and was completed at the end of May 2016.

Kirk Pfeil, a landscape architect and member of the church, volunteered and created the design of the trail. The church’s youth group also joined in, applying for and receiving a United Way Youth as Resources grant to built a foot bridge along the trail over a small ditch on the property. Other local businesses and organizations donated supplies and equipment.

“He was talking about a fitness trail, something that you could walk on,” said Joe Rudy, youth pastor at Bethel Lutheran Church. “The biggest thing that got my attention was when he said he wanted to be able to take a wheelchair out there.”

The Bethel Peace Trail is the culmination of years of effort put in by Reising.

“Below my hips, because of surgery I had, my legs are basically like a 5-year-old’s,” he said. “I’m still learning how to use those muscles correctly.”

In March 2013, Reising traveled to St. Louis to undergo surgery for his CP. The surgery, selective dorsal rhizotomy, alters the nerves on the spine to allow muscles that would normally be tight to be relaxed.

“Cerebral palsy causes the muscles to be spastic or tight. His entire life, his muscles in his core and lower extremities were always tight,” Jeff said. “It wasn’t a big deal when he was young, but as he grew, those muscles wouldn’t grow with him, and everything got severely strained and stressed. That’s why he had to have the surgery. Otherwise, he would have been in a wheelchair. The surgery eliminated the spasticity so the muscles could be loosened, but then the brain is saying, ‘OK, let’s walk,’ and the muscles are saying, ‘OK, I have no idea what you’re talking about.’ So, for five years, he’s been training those muscles so he can walk, and that’s why the exercise is so crucial. So, this whole conversation around walking, it’s kind of the mindset of where this all developed.”

Although Reising’s project is complete, plans are being made to make it even larger with more features.

“Because of the Peace Trail, there have been other people that want to add on or want to branch off of it,” Rudy said. “We’ve got plans in the works also for a columbarium, which is where people put their (cremation) ashes and urns. That trail would then extend around the whole building.”

Another new feature connected to the project is the Bethel Peace Trail Legacy Program, where individuals can dedicate benches and trees along the trail in memory of deceased loved ones. So far, 41 trees and eight benches have been installed.

The trail is open to anyone to use at the church, 20650 Cumberland Rd. in Noblesville. For more, visit bethellutheranchurch.com. 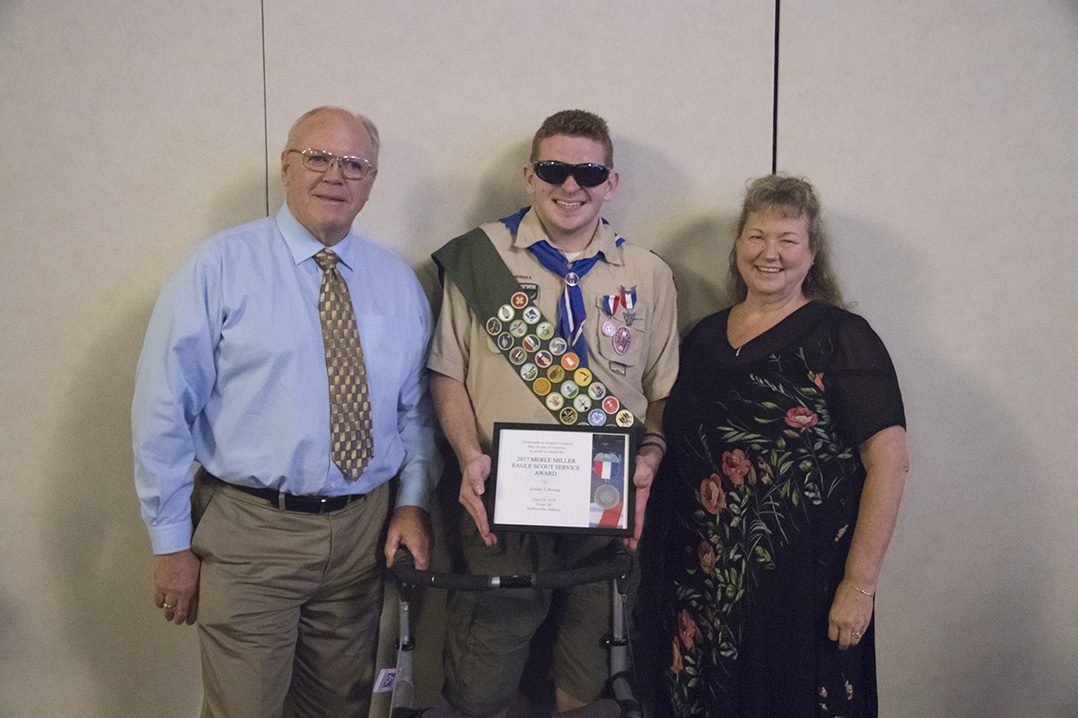 The award is given annually to an Eagle Scout who has planned and executed a service project with meaningful community impact involving effective use of the skills of leadership and extensive personal effort. The award also takes into consideration the planning and creativity involved.

Miller, a founder of Ice Miller LLP, was highly involved with Scouting for more than 70 years, serving as a firecrafter chief, Scoutmaster, troop leader, board member, council vice president, council president and regional board member.