Actor-comedian Bill Murray will bring his New Worlds project to the Palladium in Carmel in October. 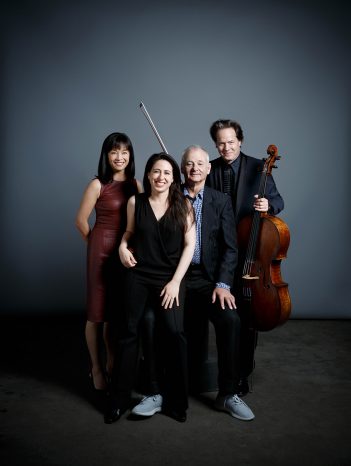 New Worlds, a collaboration between Murray and acclaimed German cellist Jan Vogler, is an exploration of classic American music and literature that Billboard has described as “a truly enchanting evening.”

Accompanied by Vogler, pianist Vanessa Perez and violinist Mira Wang, Murray sings and recites works of Mark Twain, Ernest Hemingway, Walt Whitman, James Fenimore Cooper, Leonard Bernstein, the Gershwins and other artists who have inspired and influenced generations of Americans and given others a picture of the charm, energy and creative force of the New World.
Murray and Vogler premiered the project in 2017 with an album release and live performances.
“The evening’s journey was unpredictable and affecting old-fashioned entertainment that was sophisticated but with zip and heart,” said the Toronto Globe & Mail.
The Chicago Tribune described New Worlds as “a show no one else could have done … a unique and hugely enjoyable entertainment.”
The performance begins at 8 p.m. Oct. 5. Tickets starting at $40 go on sale at 10 a.m. Aug. 17 at the Palladium Box Office, online at TheCenterPresents.org, or by phone at 317-843-3800.