You are at:Home»Current in Fishers»Fishers Community»Libertarian candidate to run for U.S. Senate against incumbent Donnelly

Fishers resident Lucy Brenton is not new to running a campaign. She ran for Indianapolis City County Council in the 1990s and ran against Evan Bayh and Todd Young in 2016 for the U.S. Senate. 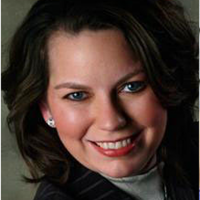 Brenton is ready for another Senate run in November. The Libertarian candidate will challenge Democrat incumbent Joe Donnelly. Mike Braun is running on the Republican side.

Brenton is married to Dorn Brenton, who serves as the chairman for the Hamilton County Libertarian Party. He also is running as the Libertarian candidate for Hamilton County Sheriff against Republican Dennis Quakenbush and Democrat Jason Straw. The Brentons have been married for 28 years and have 10 children and two grandchildren.

Brenton said even if constituents feel they can’t vote for her because the race between Donnelly and Braun is too close, she encourages them to vote for Libertarian Mark Rutherford, who is running for secretary of state.

The election is Nov. 6. For more, visit hamiltoncounty.in.gov.