You are at:Home»Current in Geist»Geist Cover Stories»Tech and trades: City plans trades district in Lawrence 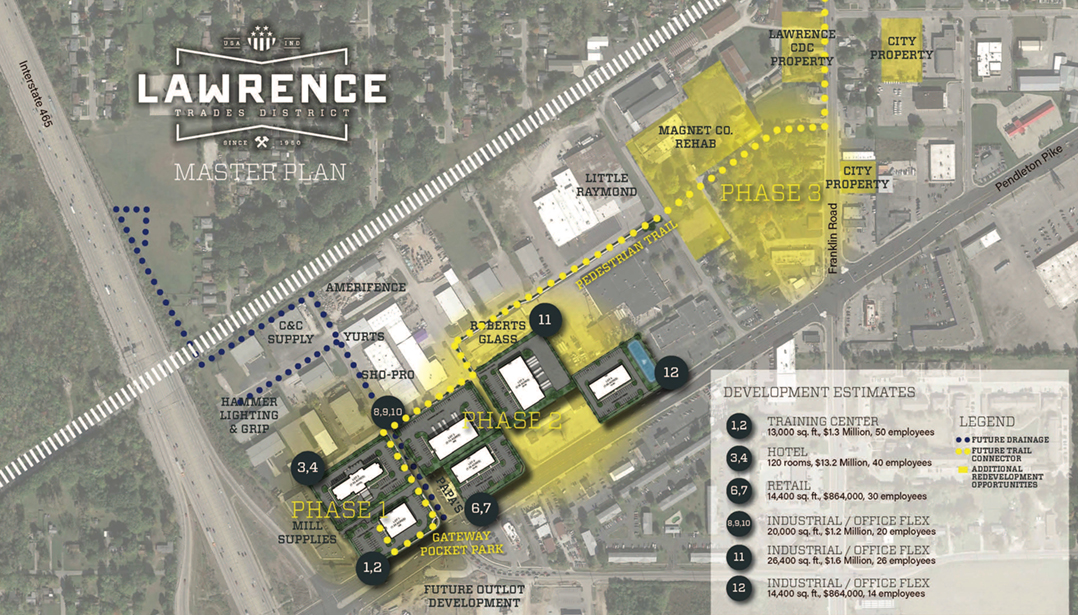 The Lawrence Trades District stretches from Shadeland Avenue, just west of I-465, northeast to just past 56th Street and Mitthoeffer Road along Pendleton Pike. (Submitted map)

In advance of an April trades, technology and innovation symposium, the Greater Lawrence Chamber of Commerce and the City of Lawrence have combined forces to identify a trades district within the city.

When Trace Yates became the executive director of the Greater Lawrence Chamber of Commerce, he said he was given an agenda of events to organize, including a jobs fair. Yates said he wanted to put on an event that combined workforce development and a job fair.

“(The city) and I put our heads together, and we looked at what could we do to honor that but have a more comprehensive conversation,” Yates said. “So, we identified some strong performing business sectors in Lawrence which are traditional trades. Traditional trades have been strong and will continue to be strong.”

Today, those sectors make up the Lawrence Trades District, an area along Pendleton Pike from Shadeland Avenue, just west of I-465, northeast to just past 56th Street and Mitthoeffer Road.

At Fort Benjamin Harrison alone, the tech industry has a strong presence with companies like Bloomerang, a fundraising software firm. It is among 24 tech and innovation companies at the fort.

“There is a technology hub emerging here on the campus of Fort Benjamin Harrison, and not much is known about it,” Yates said. “This (symposium) was a way to tell people about it and expand this narrative with business sectors and also what this means for the developing workforce and education of students.”

The McKenzie Center for innovation and technology, a technical trades training and career center off 75th Street in Lawrence, also plays an important role in developing the future workforce in Lawrence and central Indiana.

In partnership with local universities and colleges, The McKenzie Center offers 24 dual-credit courses for students before graduating high school.

Today, the district includes companies like Mill Supplies, Hammer Lighting and Grip, Roberts Glass and C&C Supply, among others.

“We anticipate both a trades district and workforce development in this zone,” Lawrence Mayor Steve Collier said. “We are seeking to solidify a commitment from a second major employer to join Mission Mechanical and anticipate expanding our partnership with Lawrence Township’s MacKenzie Career Center in the creation of training classrooms in the district.”

“There are some letters of intent in place for trades industry businesses,” Yates said. “I think that site is identified as the desire to have some sort of trades training center there as well to become a real hub for not only operating businesses who deal with those types of sectors, like plumbing and electrical, but also a training center and a resource for those things.” 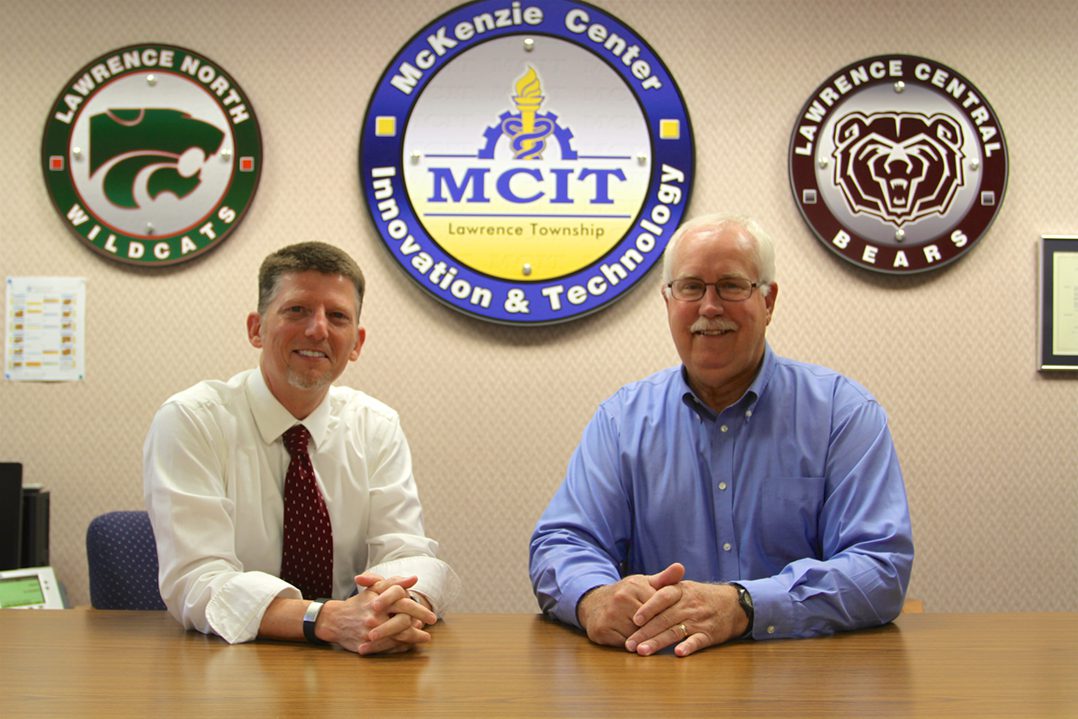 Trace Yates, executive director of the Greater Lawrence Chamber of Commerce, and Lawrence Mayor Steve Collier meet at the McKenzie Center for Innovation and Technology. (Photo by Sadie Hunter)

Workforce development for skilled trade jobs has long been on the agenda of Gov. Eric Holcomb because many employers in general trades businesses have said they are having difficulty filling jobs.

Leading up to the 2018 legislative session, Holcomb said on numerous occasions that approximately 92,000 skilled trades jobs in the state have gone unfilled. In his 2018 State of the State address, Holcomb said workforce development will be an ongoing challenge for at least a decade. Many of Indiana’s filled trades jobs will be vacant when baby boomers retire.

“The central Indiana region is talking quite a lot about technology innovation and how those two sectors intersect with trades,” said Trace Yates, executive director of the Greater Lawrence Chamber of Commerce. “For example, these new tech hubs being built. Guess what? Trades people have to build those, and technology is certainly within trades day-to-day operation. So, these worlds intersect.”