You are at:Home»Current in Zionsville»Zionsville Community»Village Music instructor accused of sexual misconduct

Kristoffer Ryan Blattner, co-owner of Village Music in Zionsville, is accused of molesting a minor who is a family member. The minor’s identity has not been revealed due to age. 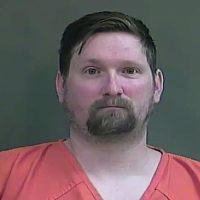 According to an affidavit from the Boone County Prosecutor’s Office, Deputy Thomas Beard of the Boone County Sheriff’s Office responded to a local middle school on Jan. 22 in regards to a report of an alleged sexual offense. Beard spoke to Vice Principal Shawn Wooden who advised that a juvenile female had disclosed to a peer that a male family member, Kristoffer Ryan Blattner, had allegedly been sexually assaulting her since the age of eight. School staff kept the child at school in a private room and notified the Indiana Department of Child Services. A case worker was sent to the school immediately.

On the same day, according to the affidavit, Detective Jason Reynolds of BCSO attempted to interview Blattner at the Boone County Jail. Reynolds read Blattner his rights. Reynolds asked Blattner if he would like to make a statement. Blattner advised that he would not be giving a statement and requested a lawyer.

According to the State of Indiana public records, Judicial Officer Matthew Kincaid issued an arrest warrant for Blattner on March 22. He was arrested the following day, with bond set at $25,000.

On April 2, a motion was filed against the accused for a no contact order with the minor. On April 16, Kincaid served Blattner with an Order of Protection, further safeguarding the minor, according to public record.

On July 27, Blattner answered the phone at Village Music, confirming his presence at the music shop where children are given private lessons, but refused to speak on the matter.

“I am not able to comment on any of this at this time,” Blattner said.

He declined to say whether or not he has been teaching children while under pending investigation for sexual molestation of a minor. The clients at Village Music range in age from five years old to adults.

Blattner’s family opened Village Music in 1983 on First Street. In 1996 they moved to their current location at 11818 E. Sycamore St., Zionsville. The store is co-owned by Blattner and his parents, Craig and Sharon Blattner of Zionsville.

Blattner’s attorney has not responded to Current Publishing at the time of this publication. This story will be updated