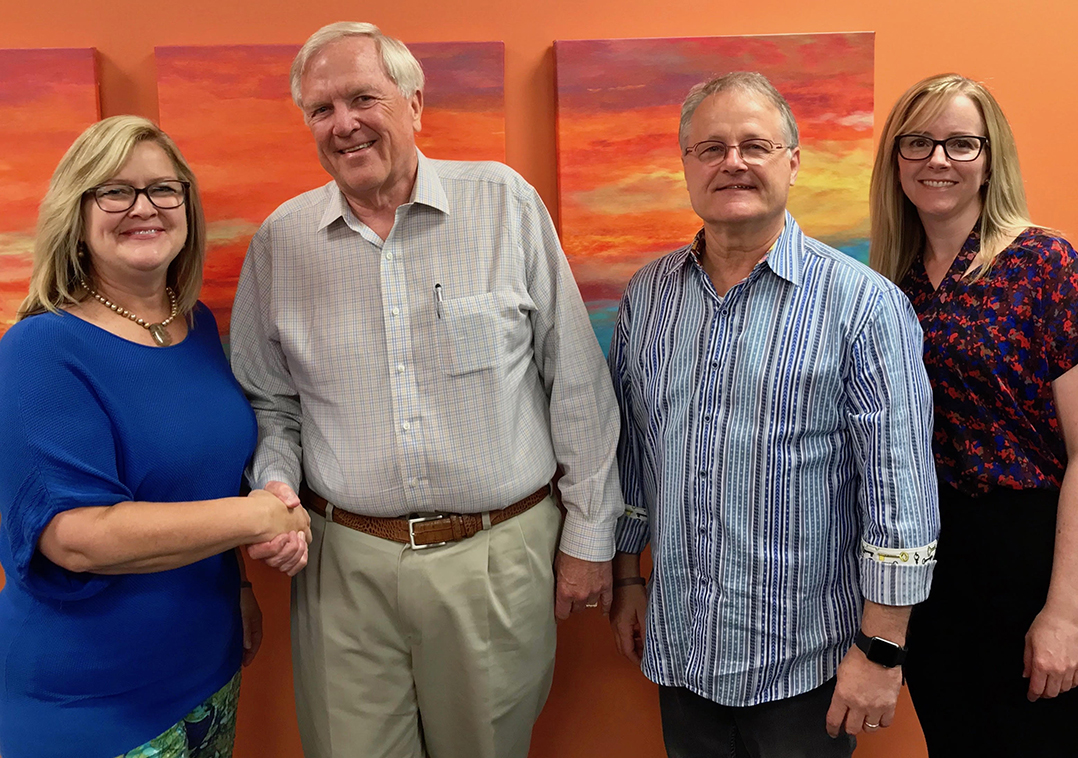 Boosterville’s Pam Cooper, founder of Beyond Robert Carr, Tom Cooper and Jill Turcic announce the acquisition of Boosterville by Beyond. (Submitted photo)

Fundraising app Boosterville, created and tested in Zionsville, has a new name, a new support staff and a new home base.

Renamed Chip In, the company has been acquired by Beyond but will continue to be operated by founders Pam and Tom Cooper, who are considered graduates of local coworking space zWORKS.

Beyond offers operational resources and financial technology for small and mid-sized businesses.

“It was a great accelerant for us to now have resources and teams and marketing people (at Beyond),” Pam Cooper said. “It’s amazing going from a scrappy little startup team to a large organization that’s got deep pockets and plenty of great talent on board already.”

The app was initially created by the Coopers as a way for nonprofits to raise funds without selling items door to door. Through the concept, businesses pay a portion of sales by registered customers back to that customer’s preferred nonprofit organization.

Businesses and organizations previously registered with Boosterville will be approached to re-apply with Chip In. One benefit to the acquisition is the acceptance of all credit cards through Chip In. Previously, Visa was the only card accepted on Boosterville.

Beyond’s headquarters are in Princeton, N.J., but much of its workforce is scattered throughout the U.S. The Coopers will work remotely from southern Illinois.

The founder of Beyond, Robert Carr, had experimented with a similar application in New Jersey several years ago when Pam Cooper said they were scouting for possible competitors.