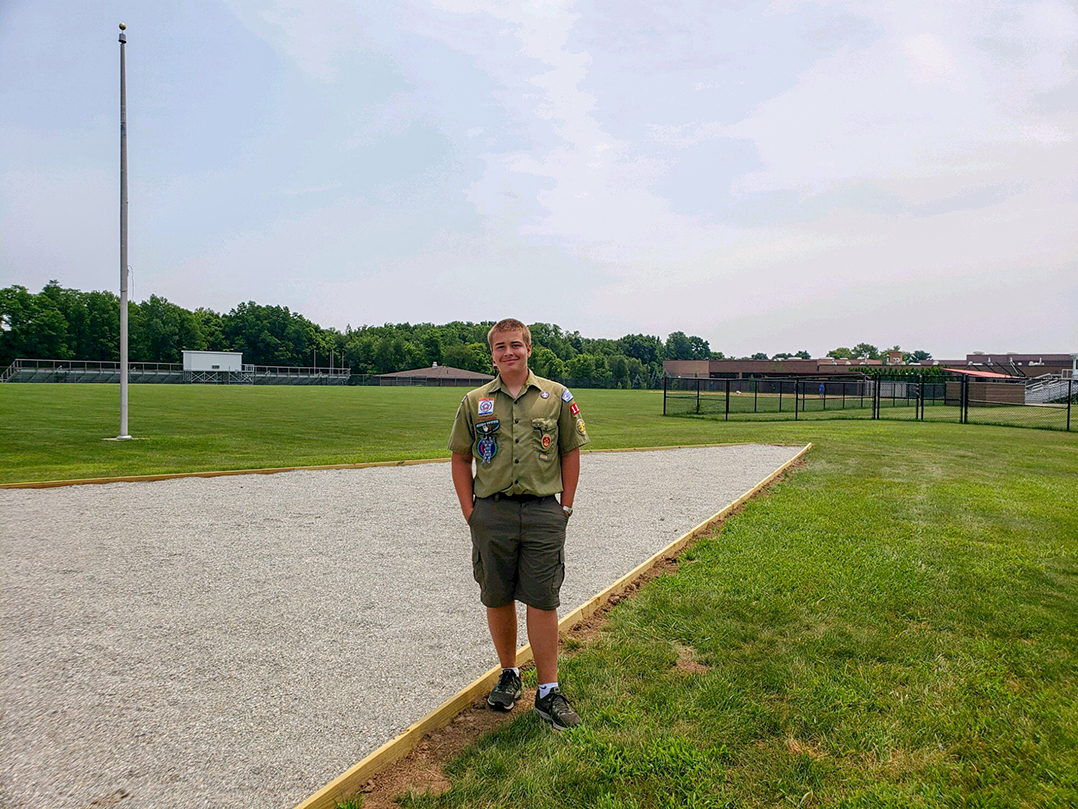 Alex Rushinsky loves track and field, and he wanted to find a way to give back to his Creekside Middle School team before starting his freshman year at Carmel High School this fall.

So Rushinsky, a member of Boy Scout Troop 112, set out to fix a problem with one of his favorite athletic events: shot put. Players at Carmel middle schools would get dirty finding and tracking shot puts thrown into a muddy area, so he decided to build new 60-foot pits at each campus.

The schools did not have the funding to fix the problem, which Rushinsky estimated would have cost approximately $40,000 to have done professionally. But with the help of 40 friends, family members and fellow Boy Scouts, Rushinsky coordinated the removal of 20 tons of sand at each middle school and installation of crushed limestone between July 5 and 7.

He estimates the project took 368 hours of labor and $1,200 in materials. The limestone was donated, but Rushinsky is selling popcorn and working odd jobs to try and pay back the cost of the rest of the equipment.

Rushinsky said the entire process was a great challenge but also a great way to give back to his teammates and coaches who made a big difference in his life.

“I wanted to build it to encourage people to join throwing, because it’s an important part of track and field that most people don’t know about,” he said.