James Bednarski understands the challenges of being CarmelFest chairman, but he knows he is not facing it alone. 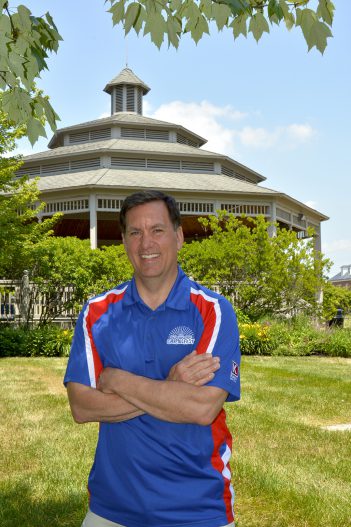 CarmelFest Chairman James Bednarski is busy preparing for the July 3 and 4 festival. (Photo by Lisa Price)

“There’s a lot of moving parts. As someone who has not done this before, you have to understand where there might be stumbling blocks and what might step up and bite you,” Bednarski said. “Former chairman Gary Sexton has been great to lean on. (Ex-chairman) Jeff Worrell has been very supportive. The mayor and his administration have been very supportive as well. I’ve got a great team.”

“I’m a little bit behind-the-scenes, too, because it’s all about leading a team,” Bednarski said. “We’ve got 50 people-strong on the committee. It’s nice to be able to help give them direction and help get road blocks out of the way and make sure we have a solid and strategic vision for the entire festival. I have more responsibility, for sure. It’s not about me.”

Bednarski said his hobby is serving the community.

“That’s what I enjoy,” he said. “It’s been a wonderful experience and the opportunity for a lot of personal growth.”

Bednarski has already had a taste of those long hours.

“It’s a lot of hard work on the third and fourth (of July),” he said. “We’re there early and stay very late.”

It’s a more than 11-month commitment each year.

“We take from July 6 until August off,” Bednarski said. 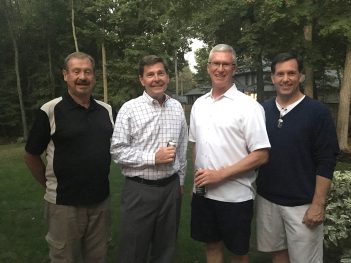 Bednarski said he served as a protege to Sexton at last year’s CarmelFest. Sexton replaced Worrell, who was chairman from 2012 through 2014.

“James is well-trained and well-suited to take over the reigns and lead CarmelFest for 2018,” Worrell said.

“That behind-the-scenes, get-your-hands dirty knowledge is invaluable when it comes to running the entire event,” Worrell said. “Already, I see James as well-organized, and he is laser-focused on the details. I am most excited about his penchant for innovation. He is putting his mark on CarmelFest, and I think our guests will appreciate the changes he is making.”

Bednarski’s son, Connor, who will be a Carmel High School senior in the fall, is a member of CarmelFest board and is running the new ExtremeZone, designed for teens and adults. 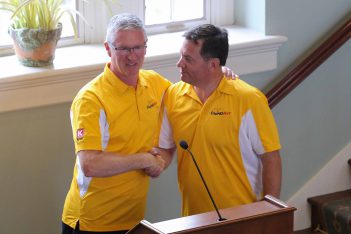 “It’s a big responsibility for a 17-year-old,” Bednarski said. “The success of the Christkindlmarkt encouraged us to do something on Center Green as part of the expansion for CarmelFest.”

Instead of tickets, wristbands for unlimited rides in the KidsZone and ExtremeZone are being sold.

Another change is rebranding the event.

“We have a brand new logo,” Bednarski said. “That’s involved everything from creating new posters to new signs.”

“I got involved behind-the-scenes in CarmelFest, and my responsibilities have increased each year,”  he said.

Personal: Turned 50 in March. Grew up in Lancaster, Pa. Moved to Indiana in 1989; lived in Fishers for several years before moving to Carmel in 2006. His wife, Julie, is a professor at the University of Indianapolis and an occupational therapist. She assists at CarmelFest. Bednarski works in sales for DiverseNet, a low-voltage technology company. Bednarski and his wife graduated from Boston University. Volunteers with son, Connor, at Merciful Help, a food pantry.  Connor participated in the Leukemia & Lymphoma Society Student of the Year campaign.

His main purpose: “It’s all focused on everyone having a good time and staying safe.”

Favorite places to go in Carmel: “We enjoy Matt the Miller’s and the parks. We like short hikes. We love to go to the Indiana Wind Symphony. The Carmel Symphony is great with its new director.”