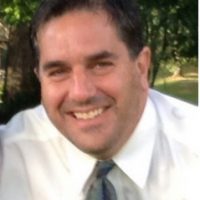 Plaskow recently started the medical technology company, PAEAN Clinical, in Zionsville after he sold American Health Technology. A team of investors was interested in his medical imaging technology, which led to the launch of PAEAN Clinical. The company created an automated portable microscope and wants to connect with those in and out of the bioscience fields who have an interest in utilizing AI to help improve medical testing.

Plaskow said the benefits of AI in the health industry include saving time for medical professionals and pinpointing a diagnosis easier and earlier.

Plaskow was asked to lead the Artificial Intelligence panel for the Society of Information Management last year in Indianapolis. In September, he will present about AI at the fifth annual Indy Big Data Conference. A Pittsburg native, Plaskow is a graduate of Bloomsburg University of Pennsylvania. His expertise is in the areas of automated microscopy and artificial intelligence.

Plaskow lives in Zionsville with his wife, Karen, and their four children, Peter, Paige, Penelope and Patrick. He moved to Zionsville two years ago to work with the medical company.