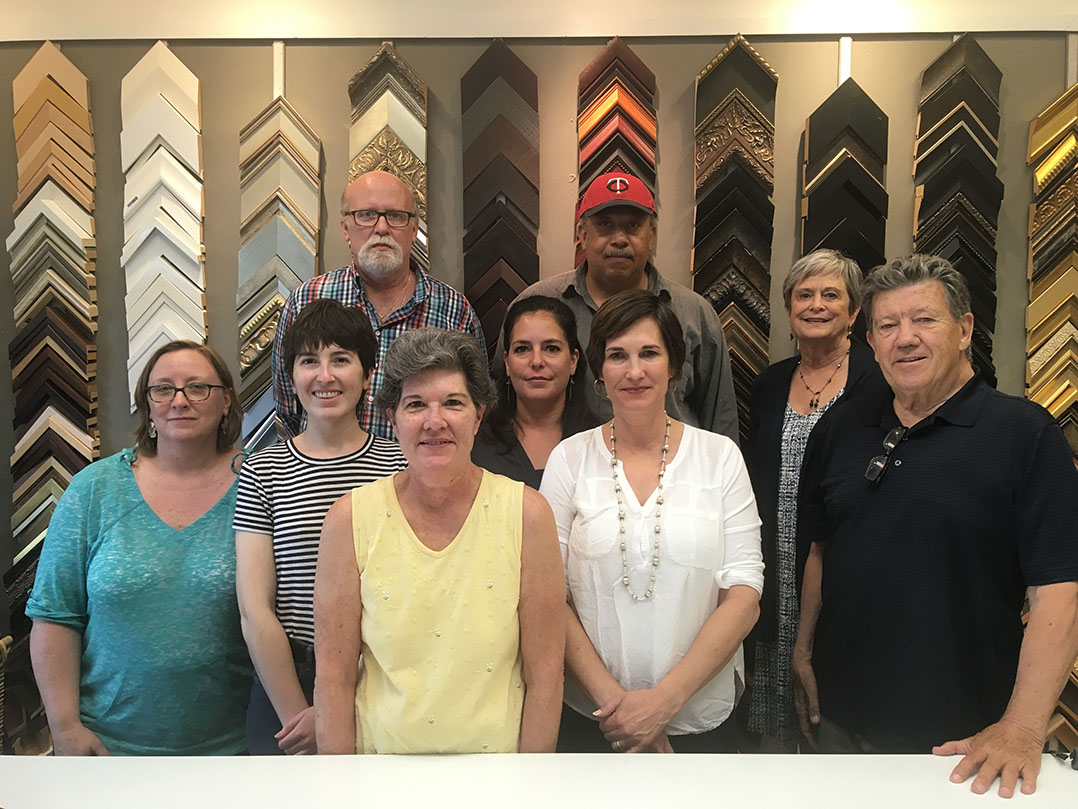 John Mallon and his wife, Barbara, opened a frame shop, Wonderlin Galleries, at the corner of 49th and Pennsylvania streets in Indianapolis in late May 1968.

Along with partner Ron Mikulla, Mallon, a 78-year-old north Indianapolis resident, began a business that, despite several changes, is celebrating its 50th anniversary this month. Mallon bought out Mikulla in the 1980s.

“After two years we changed the name to Frame Designs,” Mallon said. “We were on that corner for 37 years.”

The company is holding an anniversary sale from June 18 to 30 at Editions Limited-Frame Designs, 506 S. Range Line Rd., Carmel. The Mallons have had a Carmel business in the same spot since 1974. The business now focuses on fine art, custom framing, residential and corporate art consulting.

“We’ve survived the ebb and flow of the art-framing world,” Mallon said. “It’s been a bittersweet battle, up and down, good and bad. It’s been fun.”

In 1974, the business expanded and opened Framemakers at the Range Line Road spot. That store opened as a do-it-yourself framing store, which was a popular trend in the 1970s and early 1980s. There were five Framemaker stores in Indiana at one time before the trend faded and all those stores closed.

The Mallons opened a fine arts gallery in downtown Indianapolis in the mid-1980s. Around the same time, they purchased Editions Limited Gallery, which was founded in 1969. The Gallery and Editions Limited hosted Indiana and national artists for many years.

The gallery moved from Broad Ripple into the Carmel business district in June 2017.

The Mallons’ daughter, Chris, who serves as business manager, among other duties, and son, Jack, who oversees inventory control, product management and graphic design, are involved in the business. Harold Parker has been store manager for approximately 25 years.

Another daughter, Kelley Jones, is a special education teacher in Colorado. Some of the employees have been with the Mallon family for 35 years or more.

“With all this expansion we thought (the store) was going to be knocked down last fall,” Mallon said. “They found some issues with the soil and couldn’t knock it down. We couldn’t move because at that time we had four years left on the lease, so we still have three years left. So, it’s either going to get knocked down or relocate. The framing business and the gallery will resurrect itself again together. Our hope is to have one large space.”

Chris said it might take three years to figure out the right space that is large enough and affordable.