You are at:Home»Current in Carmel»Carmel Community»Carmel resident proposes 2024 eclipse festival

In August 2017, people living in portions of the United States were able to see a total solar eclipse, leading some to drive hundreds of miles to find the perfect location to see it. 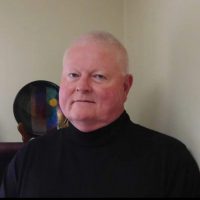 Although cloudy skies hampered the event for some, the longest ground duration of totality was 2 minutes, 41.6 seconds just south of Carbondale, Ill. In Indiana, only a partial eclipse was visible.

But on April 8, 2024,  a total eclipse will move through Indiana, including Carmel. In some parts of the world, the totality will last 4 1/2 minutes. In Indiana, the eclipse will begin around 1:50 p.m., with totality for about three minutes and 46 seconds, starting around 3:09 p.m.

It will be central Indiana’s first total solar eclipse in 819 years. The path of the eclipse will cut through the U.S. from Texas to Maine with the Indianapolis area being near the center.

After 2024, the next eclipse visible in central Indiana will be in 2093, but that will be a ring-shaped annular eclipse, which is not total.

Richard Sexson, a longtime Carmel resident and amateur astronomer, proposed to the Carmel City Council that Carmel should begin planning now for the historic event by hosting an eclipse festival that day.

“I believe this will be an event that virtually every Carmel resident will be greatly interested in,” he said. “I believe the city can take the lead in educating people on what they will see as well as the very important subject of eye safety while watching this eclipse. I also believe this event can be done without spending a lot of money. This will be especially true if the Carmichael Hotel could contribute a convention room at little to no cost.”

Sexson said Carmel could attract top academics and perhaps partner with Butler University, which has the Holcomb Observatory and Planetarium and is the alma mater of Carmel Mayor Jim Brainard. He said the soon-to-be constructed luxury hotel outside of The Palladium would be perfect for hosting the event, especially if weather is tricky that day.

“Of course, nothing will be as good as clear skies in Carmel on eclipse day, but I believe it will be worth the effort to put on such an event knowing we may not get the weather we want,” he said. “After the total eclipse in 2024, I doubt Carmel will see another one for maybe a thousand years.”

Sexson said he still has the telescope his parents bought for him as a child, but he didn’t get into astronomy until after he retired as a CPA in 2011. He said an event like the eclipse could attract not only amateur astronomers but everyday people. In 2017, some cities had to deploy the National Guard to deal with crowds tyring to view the eclipse, and some retailers made big money selling special eclipse glasses.

“Let us take maximum advantage of what is scheduled to be 3 1/2 minutes of awe-inspiring totality,” Sexson said.