You are at:Home»Current in Carmel»Carmel Community»Snapshot: Be Like Bill donates AED to Carmel Swim Club 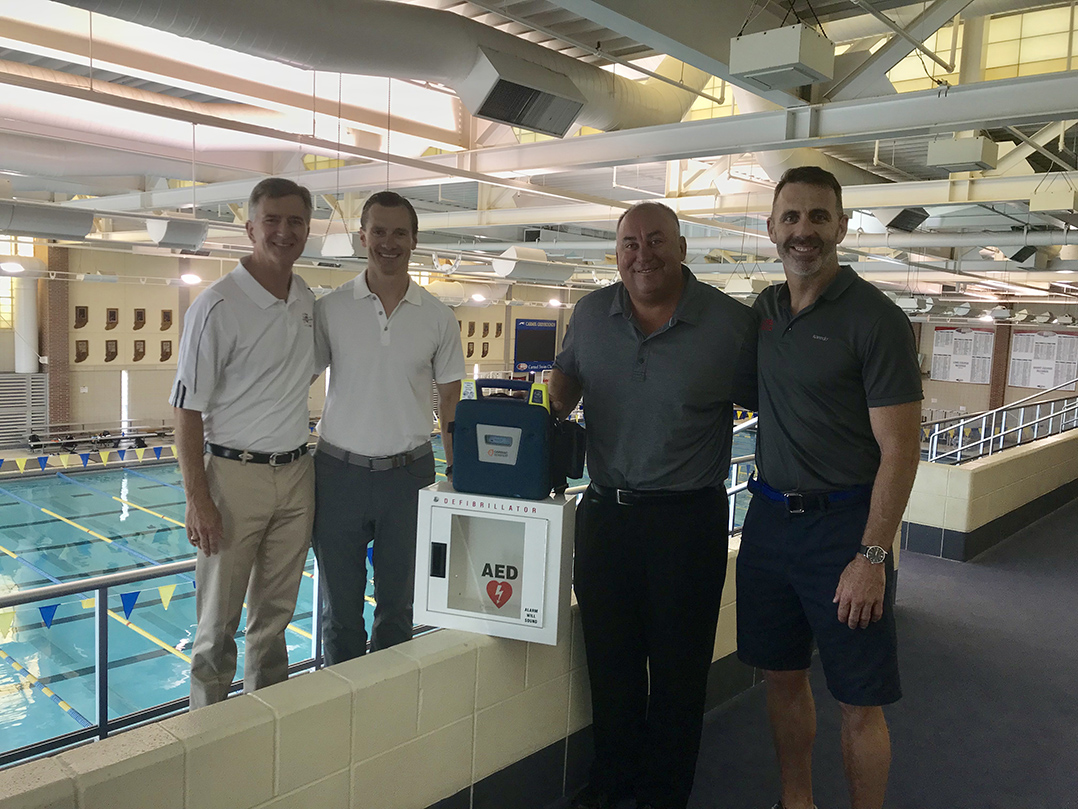 From left, Pierre Twer of Heart Reach Medical and Jeff Utzinger, Bill Schlies and Chris Plumb celebrate an AED donation from the Be Like Bill foundation. On June 20, 2017, Schlies came across Utzinger, who had collapsed from cardiac arrest while jogging in a neighborhood. Utzinger’s life was saved by Schlies providing CPR and Carmel police using an AED. Shortly thereafter, the Be Like Bill Foundation was established. It plans to donate an AED each year. Its first AED donation was to the Carmel Swim Club to be stored on the second floor of the Carmel High School Natatorium. The foundation raised approximately $1,300 to buy the AED. (Photo by Anna Skinner)