You are at:Home»Current in Westfield»Westfield Cover Stories»Gentle Giants: Llamas used as therapy animals, to foster teamwork on farm 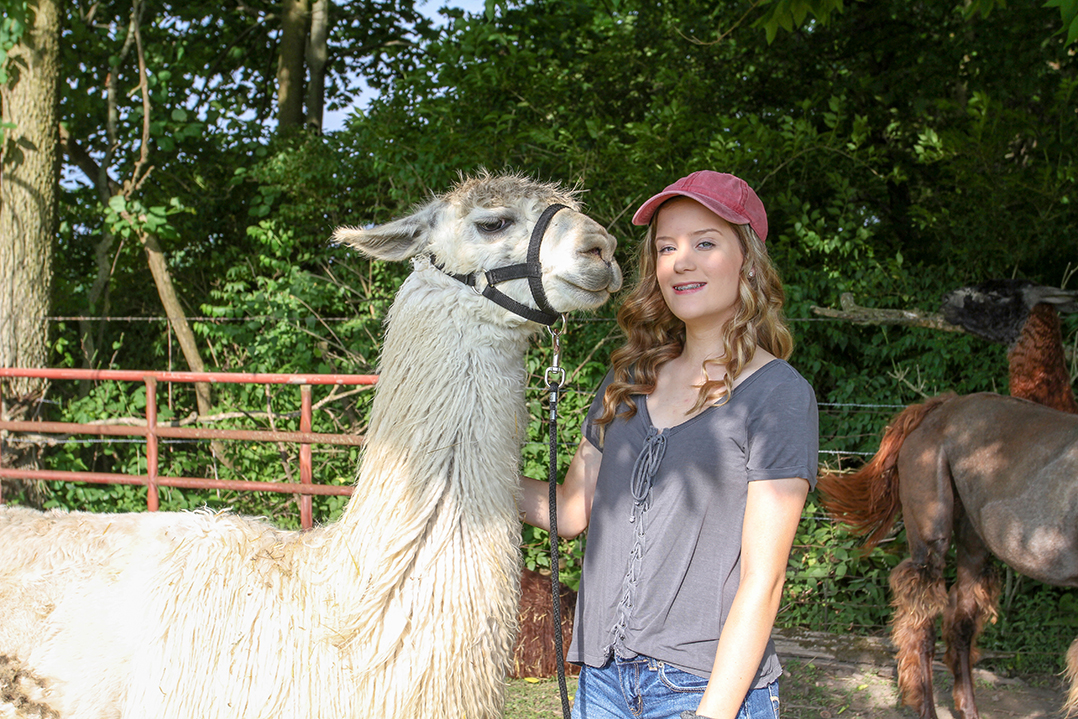 When Morgan Gilbert was a third-grade student at Shamrock Springs Elementary School, llamas from the local 4-H club visited her school. Ever since, she’s been smitten. So, she joined the 4-H club to work with llamas. The 16-year-old Westfield High School sophomore is now entering her eighth year in working with the animals.

Gilbert saved her own money to buy her llama, Chiara, which cost $500. Gilbert lives in the suburbs, but she keeps her llama at Wildfeather Farm in northern Westfield. Previously, Hamilton County 4-H kids showing llamas kept them at a farm called Shagbark Ridge in Noblesville, owned by Marilyn Nenni. Nenni, of Fishers, retired and downsized and leases property on Wildfeather Farm in Westfield. In order to keep the legacy going, Hamilton County Llamas formed a co-op in 2016. Gilbert’s mom, Michelle serves on the co-op. 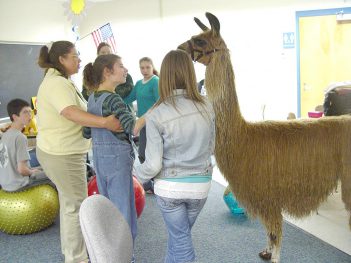 A llama is used with its handler, Melissa Adair, as a therapy animal. (Submitted photo)

Because the farm is in Westfield, the commute for the Gilberts to care for Chiara and practice with the llamas is much shorter. There are only 44 llamas on the farm and 83 4-H kids, so two kids share one llama. Gilbert serves as the experienced 4-Her with Chiara, and she shares her llama with a younger girl.

“The llama 4-H program is just as big of a commitment as a sports team,” Michelle said. “They meet more often in the summer, and there’s a sign up for chores per kid. There’s a lot of time put into the program. Llamas are very sensitive and attuned to the humans. You know, sports can get really competitive. Kids are competitive (in the 4-H llama program), but they’ll also sit in the bleachers and cheer their friends on. I think it’s part of the nature of the llama and the species itself.”

In addition to teaching kids teamwork, the gentle giants also are used as therapy animals.

“Llamas are very intelligent and they can learn things quicker than dogs,” Gilbert said. “For them being very large animals and to be so lovable, it brings people calmness like a therapy dog would.”

Llamas are brought to hospitals and assisted living homes to be used as therapy animals.

Although llamas can be certified as therapy animals, none of the llamas at Wildfeather Farm have the certification. Nenni said the llamas are still taken to hospitals and assisted living facilities, commonly for Alzheimer’s patients.

“They’re so quiet and relaxed and a real stress relief,” she said. “We walk them right into the (hospital) rooms and they (the llamas) just look down at them (the patients).”

Hamilton County Llamas raises money during events like Walk-A-Llama throughout the year. Proceeds benefit a scholarship granted to a Hamilton County 4-Her in the llama program. Funds raised also benefit the farm, like laying down agricultural lime and constructing a bridge across a creek to prevent llama drownings. 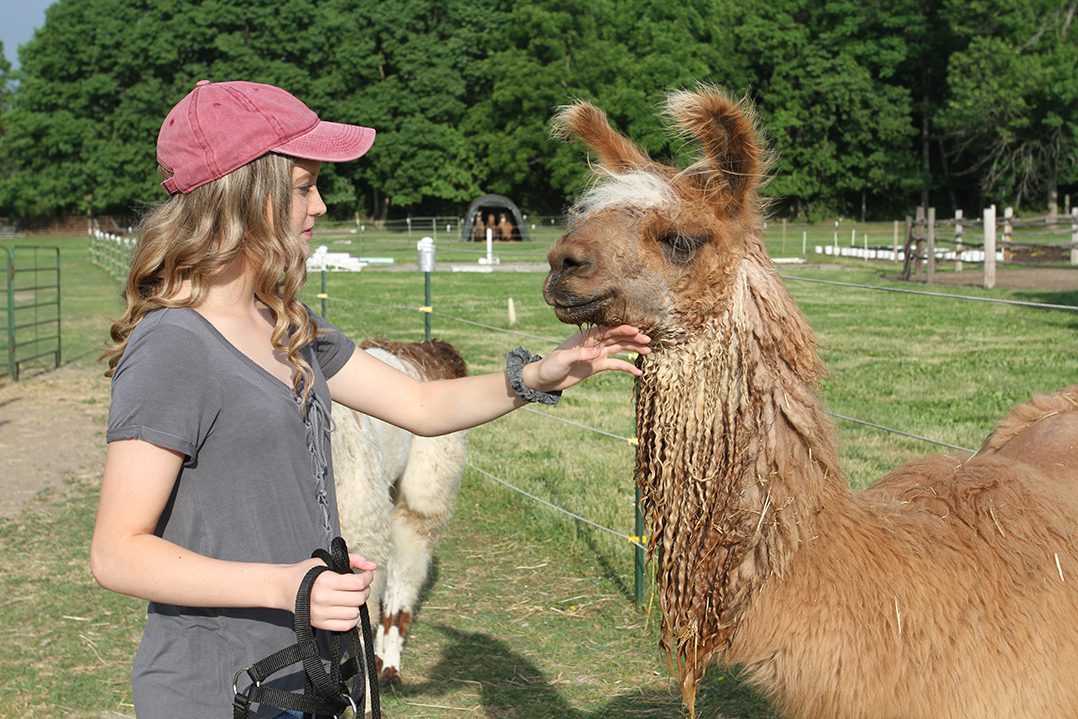 Morgan Gilbert, 16, has worked with llamas through the 4-H program for eight years. (Photo by Sadie Hunter)

Price: $500-$22,000, depending on the blood line and coloring. More coloring equals a higher valued llama.

Showing llamas competitively: There are four classes to show llamas – three are obstacle classes and the one is a showmanship class.

Fun fact: Although llamas are known for spitting, it is actually rare. Llamas usually only spit at each other as a form of self-defense or if they are upset with a veterinarian.