You are at:Home»Current in Zionsville»Zionsville Community»Crawford Manor resident arrested after another resident stabbed

Editor’s note: This story is being re-posted to clarify that Crawford Manor is not a part of Hoosier Village.

A Crawford Manor resident is recovering after being stabbed by another resident early May 25.

Ritchie L. Barton, 65, was arrested for allegedly stabbing Saundra F. Finchum, 75, multiple times with a knife shortly after 4 a.m. at the 100-unit, senior-living apartment complex that is adjacent to Hoosier Village. 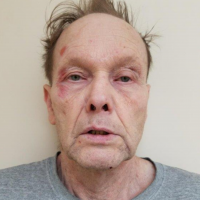 Police were called to 9940 Hoosier Village Drive shortly after 4:10 a.m. for a report of a male with a knife. Before police arrived, dispatchers alerted police that the male, later identified as Barton, had begun stabbing the victim. According to police, Finchum had visible injuries but was conscious and coherent.

A witness told police that the suspect fled into a second-floor apartment. Barton opened his door holding a knife when officers arrived. He was arrested without incident.

Zionsville Police Dept. spokesman Lt. Adrian Martin said Finchum is recovering at St. Vincent Hospital from her injuries, which do not appear to be life threatening.

Martin said detectives are still trying to determine what led to the attack.

“Right now we don’t have any insight into that,” he said, adding that investigators are at the hospital and Boone County Jail.

No one else was injured in the incident.

Crawford Manor Property Manager Cheryl Onate stated in an email that Barton will not return to the community.

“The safety and security of our residents is of utmost importance,” Onate stated. “We are relieved that the woman involved is doing well and going home (May 25).”