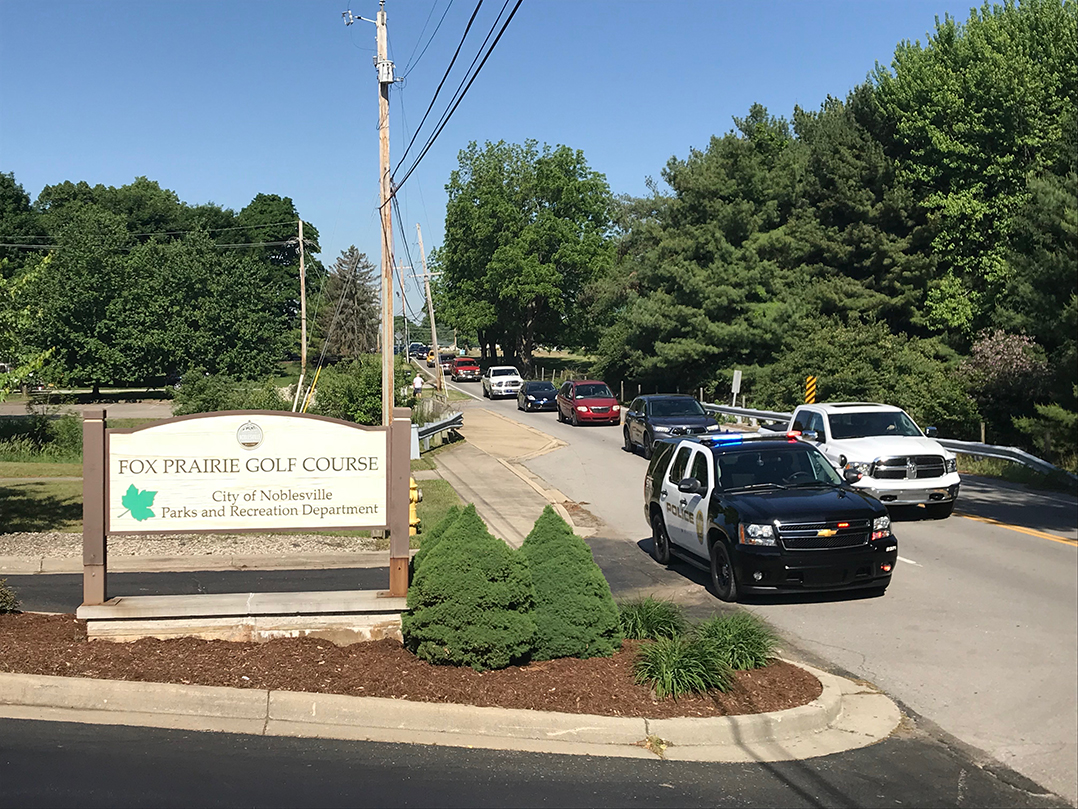 Two people are injured and hospitalized and a suspect detained, according to law enforcement officials, after a shooting this morning at Noblesville West Middle School. Police have not clarified if the victims are students or adults but according to multiple Twitter reports, an adult is being treated at Methodist Hospital, and a teenager at Riley Hospital for Children, according to IU Health.

The injured have been transported to Methodist Hospital and their families notified. There has been no official report on the victims’ injuries or conditions.

According to some reports, a NWMS teacher was injured trying to stop the shooter. Current is working to confirm this.

Shots were fired at approximately 9:20 a.m., according to multiple reports, and multiple law enforcement agencies have responded, including SWAT personnel and the mobile command center from Carmel, as well as two helicopters. Police are asking motorists to refrain from driving into the area. A major traffic jam is under way.

Current is attempting to confirm a report that the suspect was tackled at some point during the shooting.

A media briefing is scheduled for 11 a.m.

“Hamilton County first responders are investigating an active shooter at Noblesville West Middle School.  Two victims have been taken to Methodist Hospital and family notification of the victims has been made.  No information is available on victim status.

Police confirmed there are no imminent threats at other schools. All 10 schools in the Noblesville Schools district are on lockdown. Parents who were instructed to pick up and meet their children at Noblesville High School, where Noblesville West students were taken, currently are waiting outside of the high school‘s main entrance at 18100 Cumberland Rd., waiting on students to be released after the lockdown is lifted.

“Speaker Bosma, Pro Tem Long and I are monitoring the situation at Noblesville West Middle School from the air on our return trip to Indianapolis from Europe. Approximately 100 state police officers have been made available to work with local responders and will offer all assistance needed. Our thoughts are with all those affected by this horrible situation.”