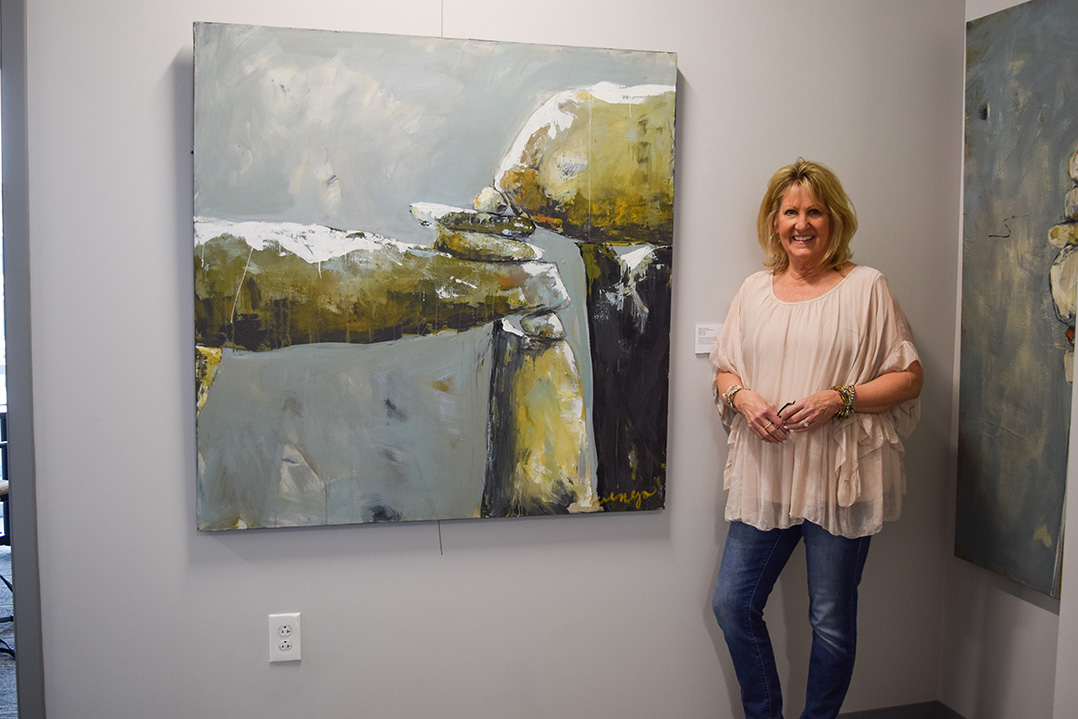 The name Sotheby’s has been synonymous with art since its inception in 1744 by Samuel Baker. Sotheby’s is the oldest and largest internationally recognized firm of fine art auctioneers in the world. The company also has a real estate division.

Encore Sotheby’s International Realty in Carmel is owned by Mark Zukerman. He was looking for a way to bring the same appreciation of fine art from the auction house to his real estate business.

“I was in (New York City) at the Sotheby’s auction house and noticed they had art that was going to be auctioned off at a future auction available for the public to view,” Zukerman said. “I wondered if I could bring the same idea back to Indianapolis and give the local artists a platform to expand who would see their art.”

That concept became known as the Encore Sotheby’s International Realty Visiting Artist Series Presented by the Bank of Indianapolis. The first artist to be showcased is Cindy Wingo. The exhibit is expected to be displayed for at least two more months.

“At that point we invited people from our sphere as well as the artist’s sphere as a way to get people into our office to see Cindy’s work,” Zukerman said. “The idea being it would be a non-traditional gallery setting within our office.”

The philosophy of the show quickly evolved to include raising funds for a charity of the artist’s choice.

“Over the course of (several) years we had brought on different charities to be involved as a way to give money back to the local nonprofits who might have a revenue need,” said Zukerman, whose headquarters moved from the north side of Indianapolis to Carmel in November 2017.

The shows are held twice a year in the spring and fall. The spring show was recently held in conjunction with the May 3 grand opening of the new office. Wingo returned as the featured artist to bring the event full circle.