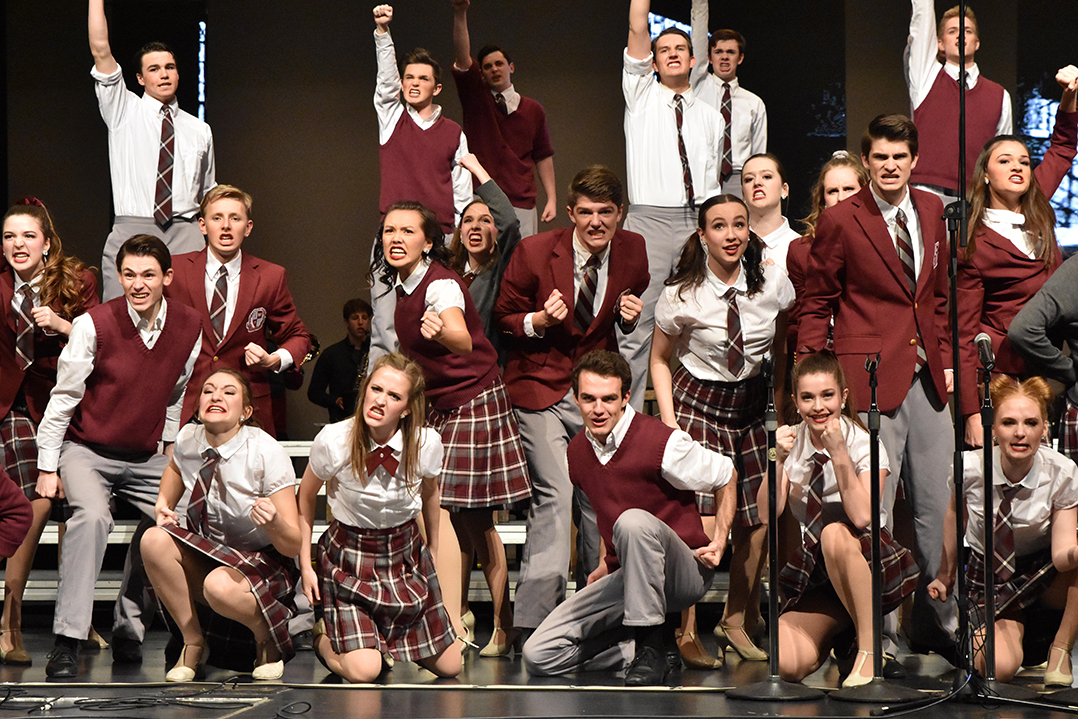 The Royalaires will present their award-winning competition performances, among others, at “Finale.” (Submitted photos)

The “Finale” performance is a showcase of Zionsville Community High School’s two show choirs performing the best of their songs from the year.

The May 11 and 12 performances also showcase how much the students have grown in the years since they first became part of the group.

“When I started I was not good,” said senior Meredith LaPlante, who started in the all-female Choralaires and joined the mixed choir Royalaires two years ago. “You can see, dancing-wise, how much you grow, but vocally I can say I’ve even grown as well, like leaps and bounds.”

“I’ve watched everyone grow this year, all the new girls especially,” Mapes said. “This is the last thing I get to see them experience for the first time.”

Beyond developing performance skills, students feel the experience has helped them grow as people.

“They teach us so many things that you wouldn’t necessarily get anywhere else,” junior Grace Mayo said. “You learn how to be gracious and to have an attitude of gratitude. You learn so much, not only about show choir, but about life.”

Students attribute much of their growth to music teachers Aaron Coates and Deana Broge, who lead the group.

“Coates and Broge also teach you to be good people,” senior Weston LeCrone said. “I’ve grown as a better person and I’ve been able to appreciate people and give thanks more. I’ve definitely learned that.”

“Finale” showcases performances from the entire year with new choreography for many of the pieces. The opening act is inspired by “The Greatest Showman,” with some country/western, solo and group acts throughout the program. The show culminates with the award-winning competition performances by both groups.

“The best part of ‘Finale’ is you know everything, so now you get to enjoy it,” Mapes said.

The Choralaires and Royalaires begin practicing in the summer and continue twice a week throughout the year. Students also are able to take show choir as a class to obtain school credit, allowing their practice schedule to be lighter.

“I think that shows our work ethic,” LeCrone said. “It’s entertaining but it’s not like we’re overworking.”

Mayo already knows she’ll be part of Choralaires next school year and is eager to see the changes the incoming students will experience.

“From a third-year veteran perspective, to see them grow and to watch their progress, to watch them in my shoes is going to be so exciting,” she said.

“Finale” is May 11 and 12 at 7 p.m. and May 12 at 2 p.m. The evening performances are 2 1/2 hours long while the Saturday matinee is an hour shorter to accommodate families with young children.

Tickets are available at zchoirs.com for $17.50 for evening shows and $12.50 for the matinee. Proceeds support the show choirs.