You are at:Home»Lifestyle»Health»Carmel woman credits PrTMS treatments with pulling her out of depression when nothing else would

After losing her mom to cancer and her son to an untreatable mental illness, Meghan Stone sunk into a depression she thought she might never escape.

The Carmel resident battled anxiety, insomnia and a darkness that brought her once-active life to a halt. Medication and counseling weren’t enough to break the cycle. She lived in despair, desperate to try anything to break free, when she heard about a new treatment called PrTMS offered at MindSet Carmel on Main Street.

She said it saved her life.

“I just could not pull myself out of this sadness and depression and anxiety. I was fighting every day to put one foot in front of the other. I’ve been a fighter my whole life, and I got to a point where I couldn’t fight anymore,” said Stone, a real estate professional. “I just really feel like (PrTMS) was a God-given manna from heaven.” 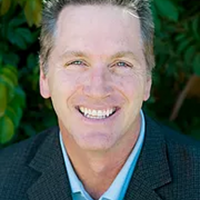 TMS – or transcranial magnetic stimulation – uses magnetic fields to stimulate the brain’s nerve cells. It has been FDA-approved since 2008 to treat major depressive disorder and migraines. MindSet, founded by California-based oncologist Kevin Murphy, personalizes (the Pr in PrTMS) the TMS treatment to target specific areas of the brain for a specific length of time based on each patient’s unique needs.

Each patient is given an initial assessment and an electroencephalogram analysis to determine the individualized treatment protocol.

“If I give you your own (brain) frequency, it’s like your own dance card. The brain remembers it, loves it and resonates to that. The neurons fall in place,” Murphy said. “You’re like a salmon going upstream trying to treat someone with the wrong frequency.”

Murphy said he was inspired to bring the treatment to the masses after his son, who suffered from Asperger’s, saw many of his symptoms disappear after trying PrTMS. Murphy has seen PrTMS be dramatically more effective for patients with PTSD and chemo brain than traditional TMS, and clinical trials are under way at UC San Diego to study the phenomenon.

PrTMS is not covered by most insurance plans at this time, but Stone said it’s been the best investment she’s ever made.

“Price can be prohibitive, but you’re truly making a decision on healing,” she said. “For me, it has proven to be the best money ever spent in my life. I wish I had known about it a long time ago.”