You are at:Home»Current in Zionsville»Zionsville Community»Pleasant View to debut documentary featuring immigrants 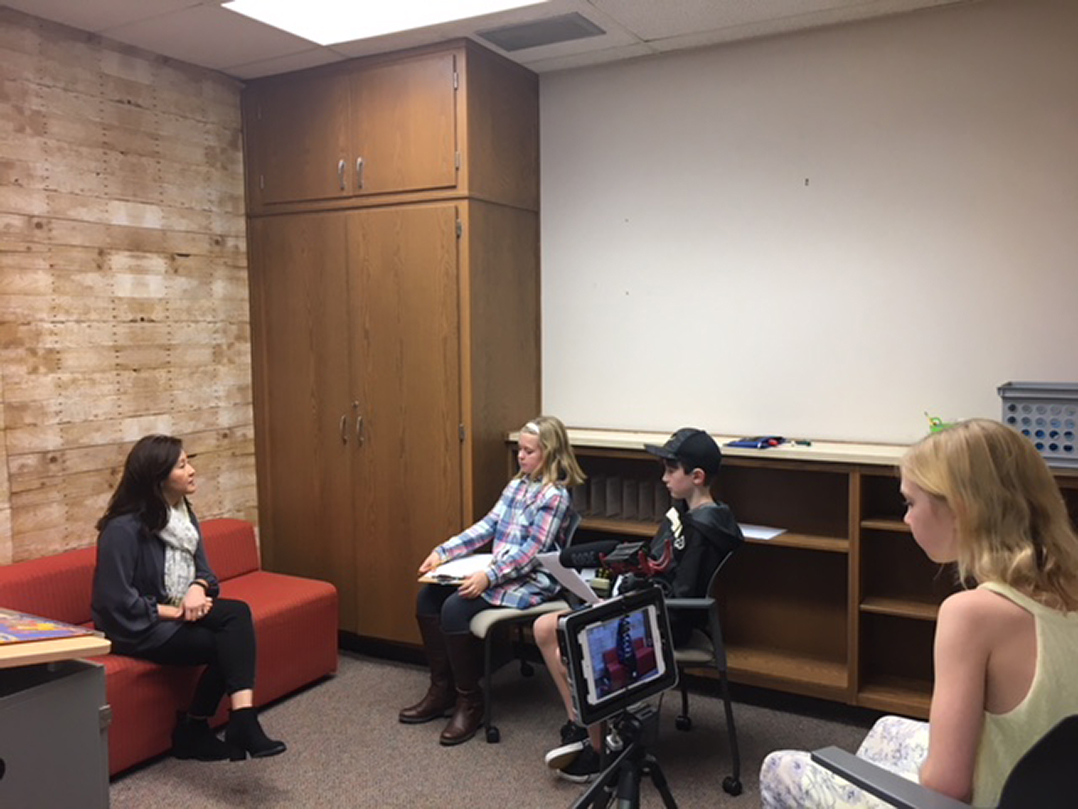 Stonegate Elementary Principal Connie Largent, who is from South Korea, is interviewed by Gus Brown and Katie Caldwell as Madelyn Modesitt records the conversation. (Submitted photo)

“I learned that immigrants have an interesting story and how hard it is to come to the country, because when I interviewed them they said when they came here they lost some of their money,” Brown said. “They need to get a passport and they had to go through a lot of stuff. One of the persons I interviewed was from South Korea and one was from Tunisia. I asked around 20 questions.”

The project, Our Town of Immigrants, was started by Pleasant View Elementary fourth-grade teacher Cindi Hamlow, who raised money for two iPad Minis to produce the documentary.

The documentary was made by Hamlow’s class and another fourth-grade class taught by David Gay, who is an immigrant from Barbados. Hamlow said they interviewed 17 people who either live or work in Zionsville.

“The people we interviewed included those who came to the U.S. as adults and some who came as children, either with their entire family or through adoption,” Hamlow said.

Chetan Dave and his wife, Dharati, both from India, were interviewed. They have three students in Zionsville Community Schools, including Nandaj, in third grade at Pleasant View.

Dave said he is eager to see the finished documentary. He said the process should help the students.

“I think it will definitely give them different perspective in life,” Dave said.