You are at:Home»Current in Carmel»Carmel Community»Hamilton County Sheriff candidates speak at Westfield Chamber of Commerce event 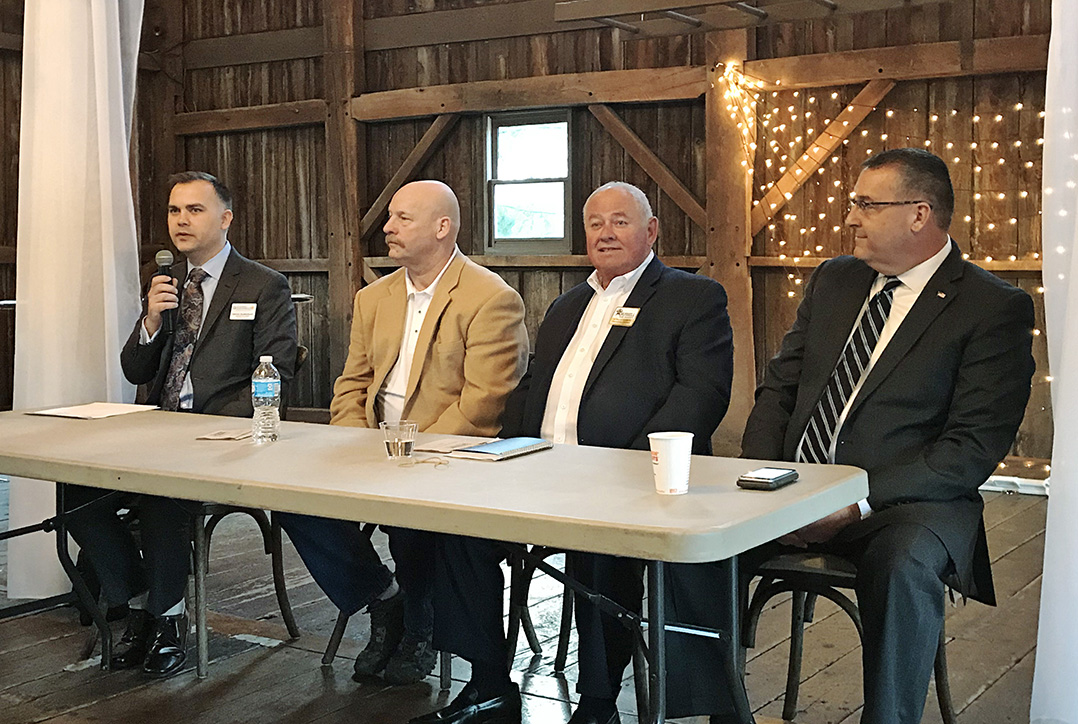 Area residents heard from Hamilton County Sheriff candidates in a forum-like setting at the March 13 Westfield Chamber of Commerce Coffee with the Chamber event.

Questions covered what the candidates thought their greatest career accomplishments were, why the race was important to the people in Hamilton County and where their vision for the department.

Russell, who serves as security manager for Riverview Health, comes from a law enforcement background of 41 years.

“I have been very lucky to have many opportunities in management, budgeting, hiring and terminations and have been very successful at that,” he said. “That’s the greatest assets I can give to this county.”

Clifford said the reason the race is important is because voters elect the one to oversee the safety of the community.

“You have loved ones at home. The sheriff is the constitutional law enforcement officer that you all elect. You choose who is going to be the top cop in your community,” said Clifford, a sergeant in the HCSO. “I spent more than a year talking to citizens in their homes, in businesses and in clubs. We need to be connected to you, and I hope you can see I’m willing to do that.”

Quakenbush, who serves as captain of the patrol division for the HCSO, said the race was important to residents because they don’t want more crime in the county.

“This is consistently one of the greatest places to live in the nation, proud of everything we’ve done and put in place,” Quakenbush said. “We attract great businesses to this community, and we don’t want crime to creep up from Marion County. We want someone who is passionate and tough on crime.”

Quakenbush also said the jail project was important because Hamilton County inmates are less likely to re-offend upon released than the national average.

Moore said he is proud of founding the Hamilton County Chaplaincy program. He is a commander of one of the HCSO’s night shift patrol divisions.

The candidates will participate in a forum hosted by the Fiscal Conservatives of Hamilton County at 7 p.m. April 17 at Ivy Tech, 300 N. 17th St., Noblesville.