You are at:Home»Current in Carmel»Carmel Education»Carmel Clay Schools could modify plans to transition to Total School Cluster Grouping classroom model

After more than a dozen parents voiced concerns about changes to Carmel Clay Schools’ high ability program at the March 26 school board meeting, at least one administrator left the door open – even if just slightly – to modifying the district’s plans to implement the new elementary classroom structure in the fall. 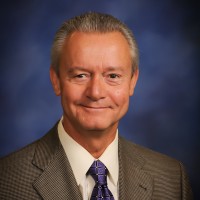 Associate Superintendent for Business Affairs Roger McMichael spoke with several concerned parents after the meeting and said that CCS officials are listening to the outpouring of concerns raised in the last two weeks by parents of high ability students who oppose transitioning to a Total School Cluster Grouping classroom model.

“I can’t accept that when decisions are made that there’s no possibility of changing or modifying them or listening to any other input,” said McMichael, who is also serving as co-interim superintendent. “I wouldn’t work here if that’s what I thought. That’s not what I thought and I don’t think that now.”

He said the concerns raised by parents led to principals at each elementary school scheduling a community meeting to explain the program changes, answer questions and gather feedback.

McMichael also said that he recently met with the 11 elementary school principals and that all of them said they support transitioning to the TSCG model.

“I believe if 80 percent of our teachers and administrators, principals namely, feel this is a good program, this goes a long way with me,” McMichael said. “If the people that are out teaching classes and the principals that are there with them promote this program, I would expect them to be able to explain why they do.”

Although several parents spoke against the TSCG model during the public participation portion of the board meeting, the topic was not on the agenda. Therefore, the school board members listened to the comments but were not required to answer questions or provide feedback during the meeting.

Christopher Riegel, who has a daughter in the high ability program, echoed many parents in saying that he would have liked to have seen more input from the public before deciding to implement the TSCG model.

“If this is such a great idea, then the administration should have no problem convincing the public and the school board of its value,” he said. “The fact that they are trying to sneak it through with no debate or evidence presented to the public strongly suggests this is not the case.”

Other parents, such as Gaya Boyers, suggested CCS wait to make a major change until after district leadership – which is currently operating with two interim superintendents – is more stable.

“Nothing connects the dots for me with this new program,” she said. “I’m thinking maybe we should back up and wait for a superintendent to be put in place to help put clarity around the decisions you’re currently making.”

Jennifer Alcantara, who has three children who have been involved in the high ability program, said she doesn’t believe the decision was based on the best interest of students.

“One goal stated by Carmel Clay Schools is to close the achievement gap with hopes the TCSG model will increase the overall achievement of the entire school,” she said. “This raises suspicion that CCS is chasing higher test scores by changing the high ability program.”

Curriculum and program changes fall under the purview of Assistant Supt. of Curriculum, Instruction & Assessment Amy Dudley, who is also serving as co-interim superintendent, but Current was told she was unavailable for questions after the school board meeting.