You are at:Home»Current in Geist»Geist Cover Stories»‘The Quest for Don Quixote’: Play brings unique storyline to Lawrence’s Theater at the Fort 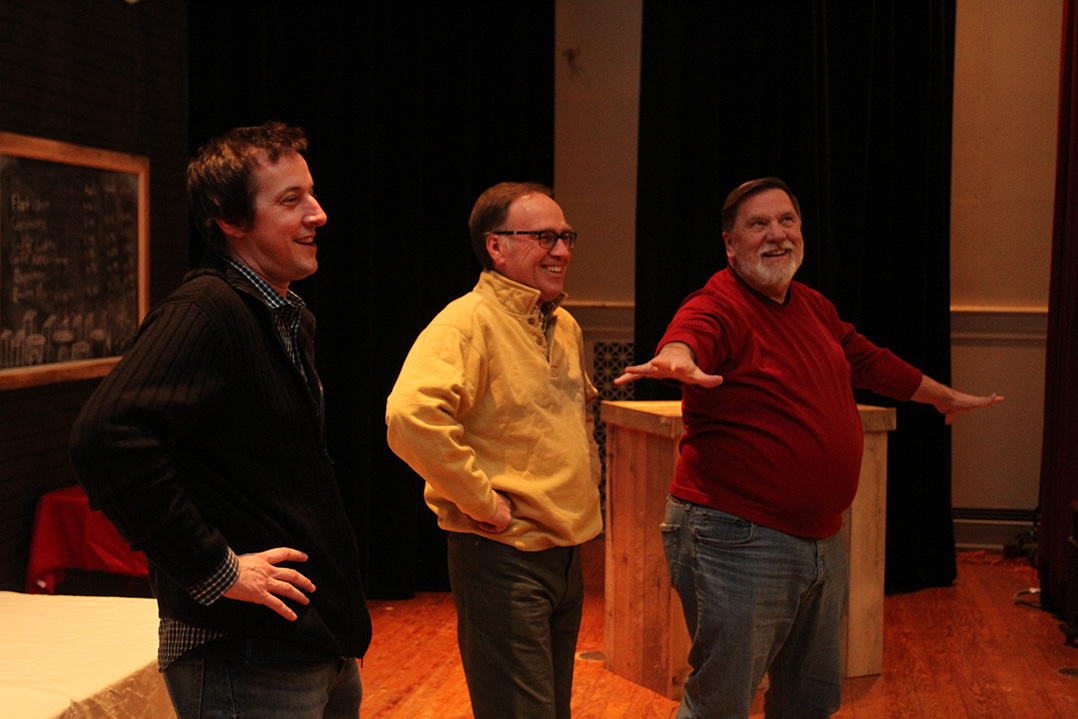 Winding down its first run at Lawrence’s historic Theater at the Fort, Indy-based Fat Turtle Theatre Company will finish its production of “The Quest for Don Quixote” this weekend.

“The history of this theater drew me in. I had been reading about it, and anytime a newer facility is trying to revive something that was once a great thing to the community, that’s what draws us to these projects,” said Aaron Cleveland, managing director and co-founder of Fat Turtle Theatre Company. “We’re always interested in trying to revive an artistic branch of a community.”

Set in a Starbucks, “The Quest for Don Quixote” is a comedic adaptation of Cervantes’ classic novel, “Don Quixote.”

“Most people know ‘Man of La Mancha,’ of course, but this takes place in a coffee shop,” Cleveland said. “(In this play), a writer is trying to make an adaptation of ‘Don Quixote,’ and during the process, he kind of loses his mind. In that way, it’s related to ‘Man of La Mancha.’ So, he’s panicking, trying to meet his deadline, his agent is trying to help him, and then the coffee shop kind of becomes the scene. Quixote manifests himself, and a lot of accidental things happen. It veers from the original story, which makes it fresh, but it makes it funny as well.”

Patrons of the coffee shop also manifest themselves as characters from the original story.

“It starts out where other patrons of the coffee shop are kind of doing their normal thing, but then they transform as well to become the other characters,” Cleveland said. “One becomes Sancho, and the barista becomes all kinds of characters. So, there’s many characters among six actors.”

The two-act play runs approximately one hour and 45 minutes and has a 15-minute intermission. This is the first published production of “The Quest for Don Quixote,” as its writer, Mark Brown, just completed the work in October 2017. Brown, based out of Los Angeles, is best known for a stage adaptation of the Jules Verne novel “Around the World in 80 Days.”

The production also features a live guitarist on stage providing music throughout.

“He will play live music the whole time on his guitar,” Cleveland said. “He switches between acoustic and Spanish, depending on the scene.”

“A lot of the music, if not all the music, was written by him,” said Brandi Underwood, artistic director and co-founder of Fat Turtle Theater Company. “It really sets the tone of the play. You can feel the forest and see the forest on stage, but with the music, you really go along with the journey. It makes it feel much different than just having an audio track playing the music.”

“The live music is very atypical of plays,” said Joe Barsanti, technical director and co-founder of Fat Turtle Theater Company. “You normally have a little bit of sound design that supports, but really the music is one of the biggest driving factors of the whole thing. It’s underscoring the entire show.”

Visually, two sides of the coffee shop are somewhat divided by a large projection screen that transforms the space into what’s going on in the mind of the writer as he goes mad trying to meet his deadline. 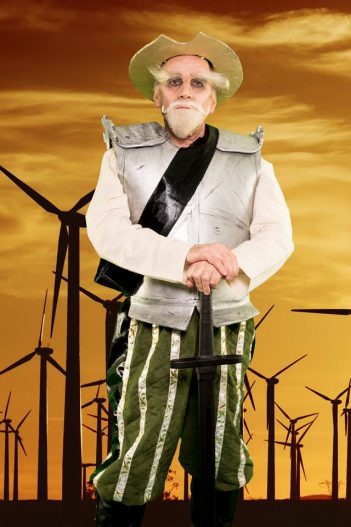 “We have the large screen where we’ll be doing projections of the different locations that will help us differentiate space,” Barsanti said.

On stage, actor Jeff Maess portrays Don Quixote. Although he hasn’t portrayed Quixote before, he has approximately 35 plays in his acting resume.

“This is one of the more challenging roles I’ve done in a long time because so much of it is not me,” Maess said. “The character has to come out, and it’s much easier for me to do a show where I can use my own experience and my own background to really put part of me in the character. Quixote is so much more over the top.”

The other five cast members include: 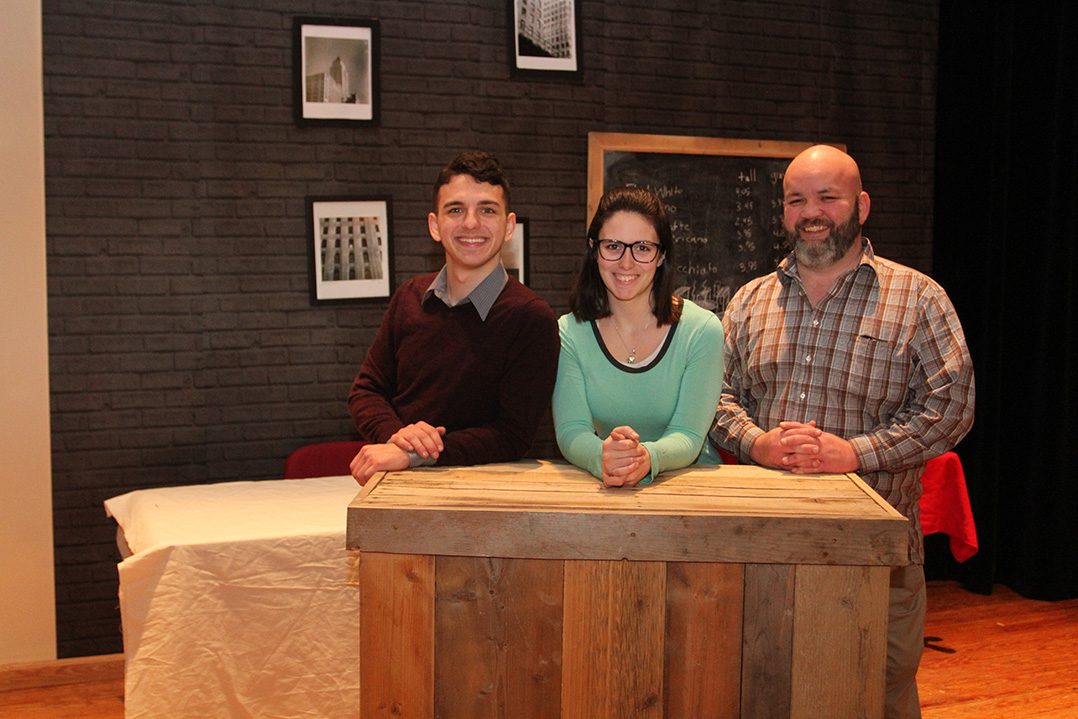 “We had worked on some other projects together and decided to start our own thing,” Cleveland said. “We had a production in October (2017) down at the IndyFringe (Basile Theatre) for ‘Glengarry Glen Ross,’ and this is our first production in this space (Theater at the Fort).”

“We did a production with a different company, and through just experiencing everything and working together, we learned the three of us had a cohesive fit,” Underwood said.

In August, the trio will return to Theater at the Fort to put on “Godspell,” with Underwood directing. 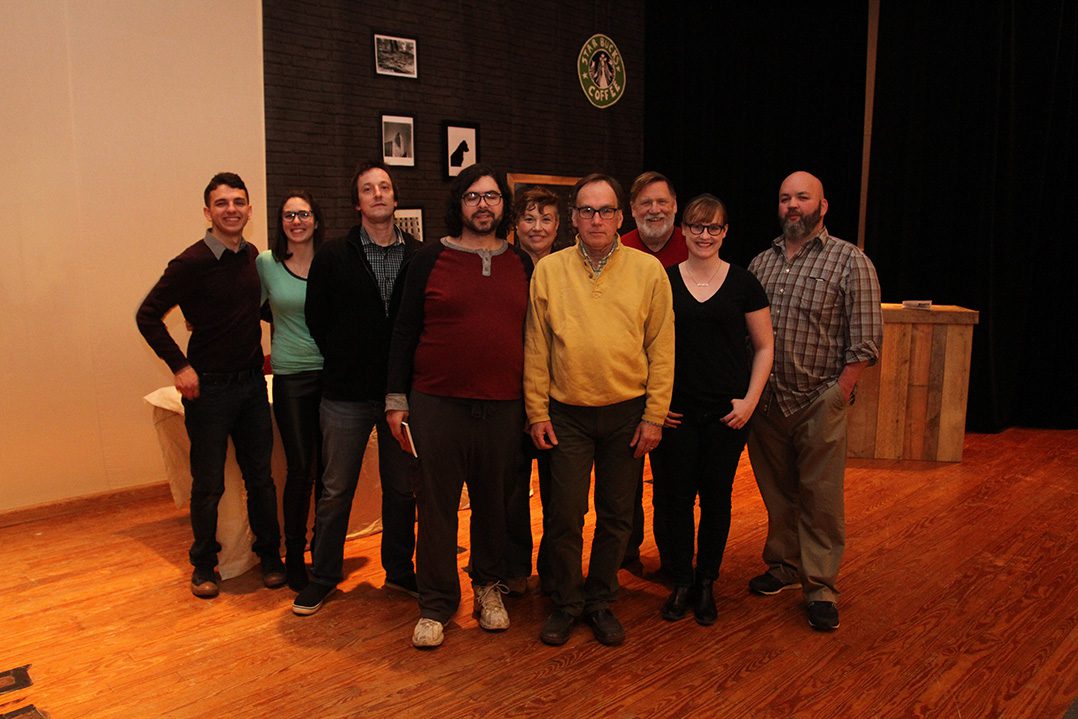 What: “The Quest for Don Quixote” by Mark Brown