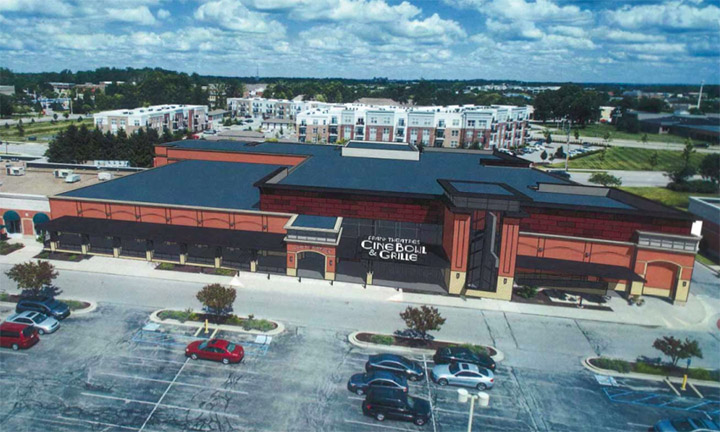 A plan to build a movie theater and bowling alley at Hamilton Crossing Center has been nixed by Kite Realty Group. (Submitted rendering)

Those plans have now been nixed by the realty group.

The idea was to tear down the existing Hamilton Crossing Center and replace it with a new shopping center. CineBowl would include 16 lanes of bowling, 10 movie theater screens, a video game arcade and a restaurant with indoor and outdoor dining. Frank Theaters would operate the business.

Frank Entertainment announced it won’t be pursuing the project anymore. Kite Realty did not return calls for comment. For more than two years, Current has sought an update on the development but Kite officials have been unwilling to talk.

Kite still owns Hamilton Crossing and many of its tenants are still in the space, including Chase Bank, Max & Erma’s, Moe’s Southwest Grill and more.

Meanwhile, Kite has seen substantial progress on its proposed mixed-use development on the southwest corner of 116th Street and Range Line Road.

Henry Mestetsky, director of the Carmel Redevelopment Commission, expressed excitement about this project.

“We expect this to be the front door of our urban core, and it’s going to be great,” he said.