You are at:Home»Current in Zionsville»Zionsville Cover Stories»The House that Beer Built: Breweries partner with Habitat for Humanity to construct new home in Boone County 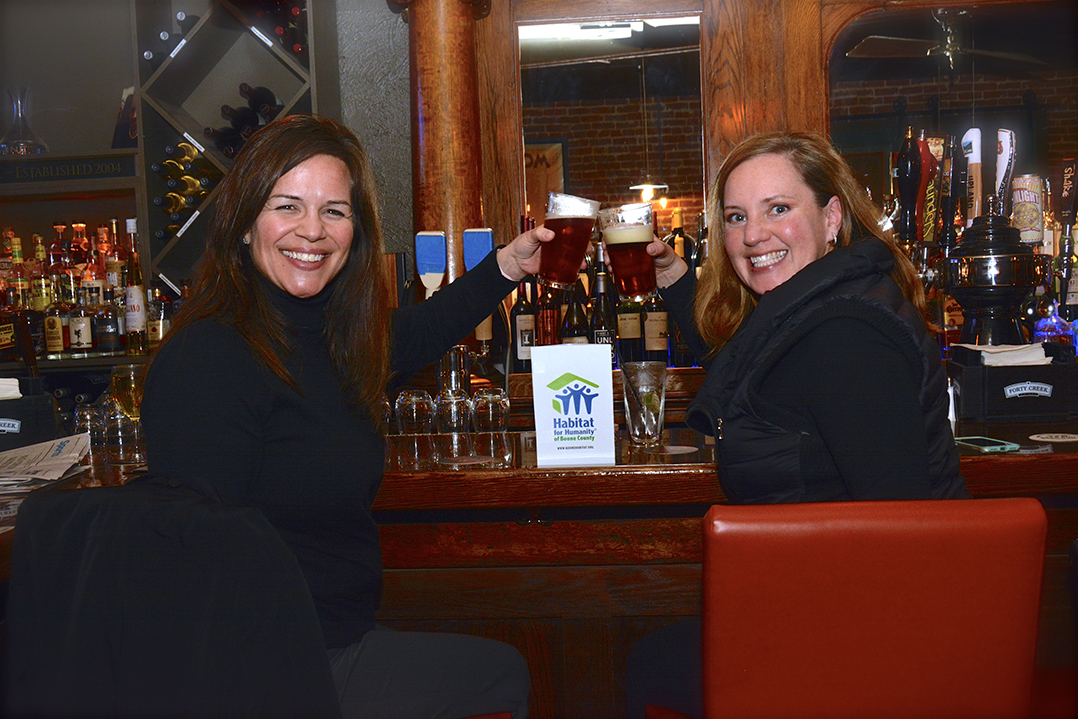 Audra Poe, left, and Vickie Hall from Liberation Roasting Co. toast their glasses Feb. 22 at a Tap Takeover to support the House that Beer Built at Cobblestone. (Photo by Lisa Price)

The craft beer scene has exploded in popularity in recent years, and now several new local breweries are partnering with Habitat for Humanity Boone County to build a house.

The House that Beer Built campaign gives local restaurants and breweries the opportunity to host fundraising events, with beer sales helping fund a home to be built this summer in Boone County.

“We went to a class at our global conference in March, and they were talking about this project and how it’s a super-collaborative campaign,” said Liz Qua, executive director of Habitat for Humanity Boone County. “The breweries are not competitive. They’re collaborative. They want to work together, and they are super socially minded. They want to work with nonprofits and charities, so it kind of seemed like a win-win.”

Construction on the house is scheduled to begin in June and be complete by mid-August. The campaign is increasing in popularity across the U.S.

“It’s the third build like this in the state of Indiana,” Qua said. “There have only been 15 in the country. It’s very new and cutting edge.”

As part of the partnership, breweries not only host events where a portion of sales on a given night fund the build, but they also share contacts in the industry.

“The brewery will donate $1 from the sale of a pint or a growler on a selected evening,” Qua said. “Books and Brews Zionsville, Noble Order and People’s Revel Room were all on board before we finished the sentence. They were so excited about it. They even helped us with connections. I call them our beer team.”

The events at the breweries are more than just fundraisers.

“Even though we’re fundraising at the events, we’re also sharing what Habitat is and our message,” Qua said. “I feel like this just brings awareness to it. People we meet might not only come to us as volunteers, but they might be ready for home ownership.”

Books and Brews Zionsville general manager Justin McIntosh said the business wanted to be involved to help the local community.

“It’s very important for us as a business to actually reach out to local communities to help fund projects like this one,” he said. “We want to be a place the community can be proud to have in their community. We’re definitely devoted to Zionsville groups and charities. The more that we can get involved, the more we can better the community.”

The House that Beer Built will likely be in Whitestown or Lebanon. More than a dozen breweries are involved in the project. To find upcoming events, visit facebook.com/thehousethatbeerbuilthabitatboonecounty. 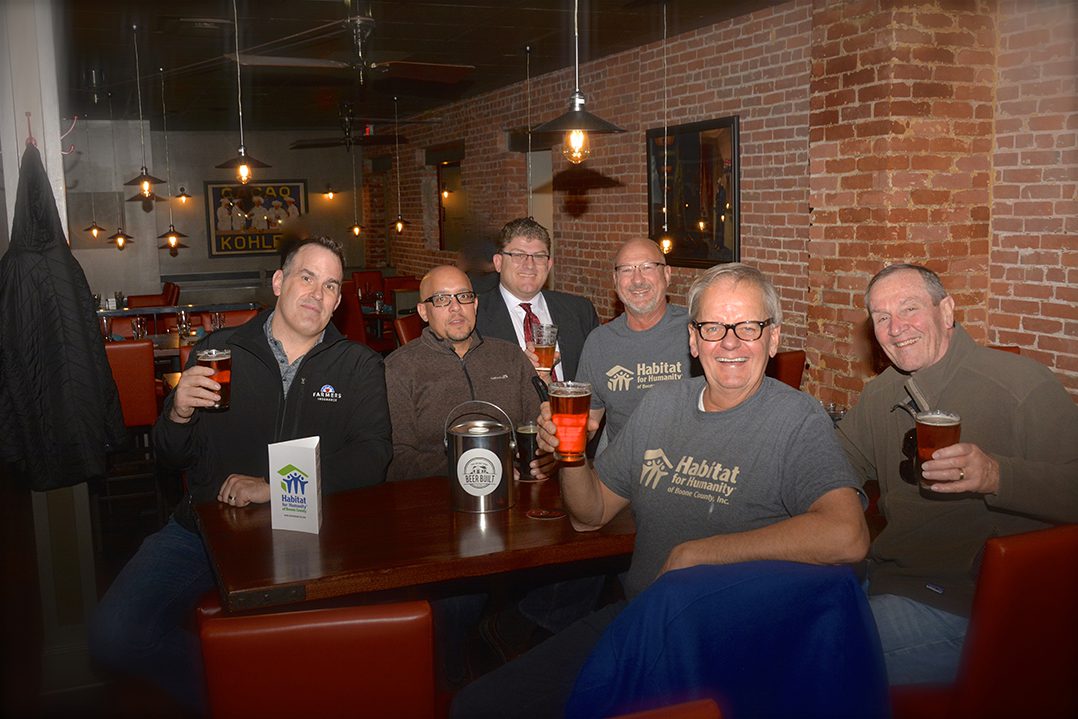 The 2018 Habitat for Humanity Boone County will hold its annual fundraiser March 10 at Golf Club of Indiana, 6905 S 525 E, Lebanon. Check-in begins at 6 p.m. with dinner and entertainment beginning at 7 p.m.

The event will include a dueling piano show from Howl at the Moon, wine pull, silent auction and more. Tickets are $50. Learn more at habitatforhumanity.org/2018-annual-fundraiser-constructing-dreams.