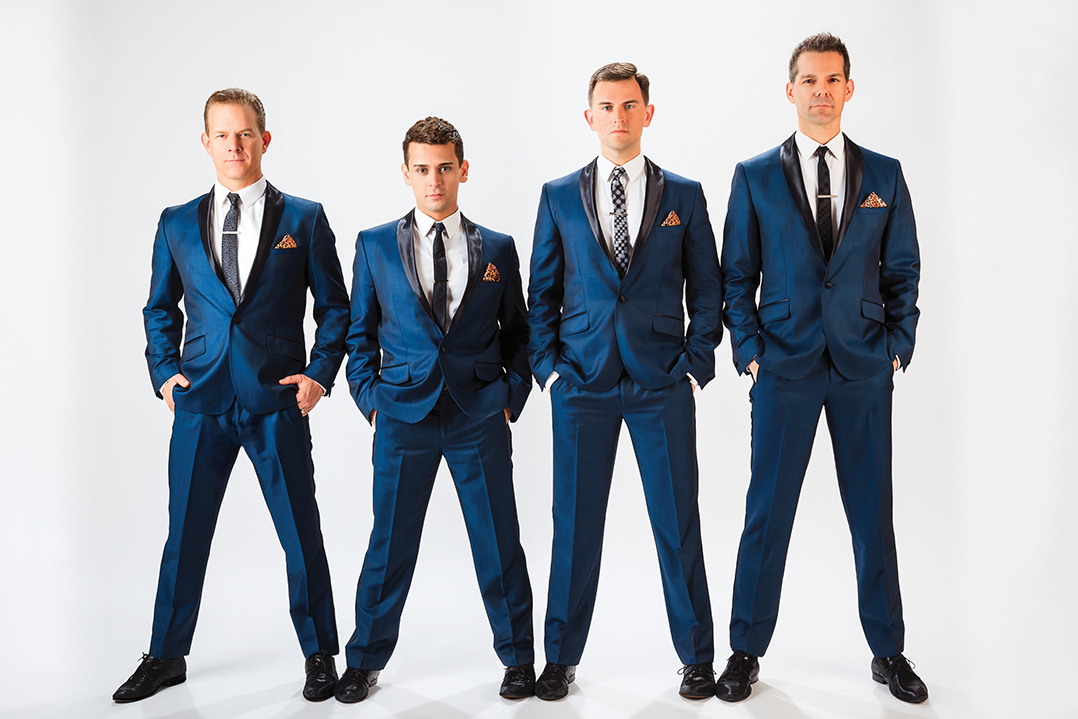 When Christian Hoff took the role in “Jersey Boys” he had no idea where it would lead.

Hoff won a 2006 Tony Award as best featured actor in a musical for his portrayal of Tommy DeVito, and three other original Broadway cast members, Daniel Reichard, J. Robert Spencer and Michael Longoria, formed a musical group, The Midtown Men, who travel worldwide to perform. “Jersey Boys” is the story of Frankie Valli and the Four Seasons.

“This is a dream realized that we didn’t know we had,” Hoff said. “This is a result of four unique, individual talents focused on the old-school, traditional format. We didn’t go to a label first. We didn’t start recording. We said let’s go out and be on the road and let’s develop our material and our rapport with the audience as individuals and as a group off the stage.”

The Midtown Men will make their first appearance at The Palladium in Carmel at 8 p.m. Feb. 23.

“Our claim to fame is the Four Seasons music, and that’s really what got us in the mood, if you will, for making a four-part sound be the centerpiece to our music,” Hoff said. “We took that approach, starting backstage, off the stage and behind the scenes, doing what we did with the Four Seasons music when we found that sound to other artists.”

“We’re having a blast exploring the decade of the ‘60s in a very unique way and a very present, relevant way,” Hoff said. “People really love this music. It’s part nostalgia and part redefining, reimagining, rediscovering. We pay homage to the roots of this music as fans. We’re trained to bring to life someone’s music. That’s what we did with Frankie Valli and the Four Seasons on Broadway with tremendous success.”

Now, instead of recreating a sound, they can put their own touches on the music.

“Part of our success and our longevity is this music is relatable for all ages,” Hoff said. “It’s still cool.”

“We didn’t know if it was going to be a year, a decade or a lifetime,” Hoff said.

The group has done nearly 800 shows across the United States, Canada, Europe and Asia.

“We’ve kind of rolled with the punches, and it’s continued to grow,” Hoff said. “Our goal is to carve out a new medium, where is that four actors from Broadway can put together a band and self-produce a show and learn how the business actually works. We went from portraying this on Broadway to being it, producers, guys that have to go on the road and to think about ticket sales, getting butts in seats, promotions, lawyers and contracts.”

Hoff said the four performers are trying to find time to still express themselves as individual artists.

“But it has taken our full attention. Building it was a big undertaking,” Hoff said. “Now that we’ve been rolling strong for eight years, there is a lot that takes care of itself with the oiled machine that we have. We’re remembering now that we are artists that need to create and excite our audience. If we are not excited and engaged, it’s not quite as full a circle.”

Hoff has acted in many Broadway and TV shows and was the voice of Richie Rich on the cartoon show in the early ‘80s.