Audiences of the play “33 Variations” will have a firsthand look at the devastating affects of ALS, also is known as Lou Gehrig’s disease.

Main Street Productions is producing the play, which follows the character of Katherine Brandt, a musicologist recently diagnosed with ALS. Her goal isto finish a book about Ludwig van Beethoven and why he was obsessed with the mediocre waltz theme, “Diabelli Variations.” 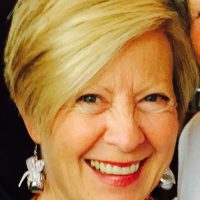 Director Jan Jamison said the Westfield Playhouse audience will see Brandt’s struggle with ALS symptoms. Brandt, who is played by Monica Reinking, travels to Bonn to research Beethoven. The time period and scenes alternate between 2009 in the U.S. and Bonn to1819 and 1823 in Austria, where Beethoven is rushing to finish his own masterpiece, “33 Variations.”

The play is a fundraiser for the ALS Association Indianapolis Chapter, and $2 from each ticket sale benefits the organization.

“(Brandt) has ALS and is deteriorating rapidly and is working against the clock,” Jamison said. “She does depict through the play the deterioration of her symptoms, so people get an idea of what limitations can happen with ALS. Not all people get the same symptoms, but most get the physical limitations and speech problems when the mind is still sharp, but the body gives out.”

Jamison said she wants to raise $1,000 for the foundation. Collection buckets also will be available during each show.

Jamison said “33 Variations” is a large production for the small theater to stage.

“It’s a piece of theater that is a challenge for this little theater we have,” she said. “We have incorporated music, and the piano is on stage. Our pianist is deaf, and he is playing the music written by Beethoven. It’s phenomenal and amazing to see him. The whole play itself is quite an undertaking. There are projections, music, period costumes and regular costumes and lots of scene changes that need to be running smoothly.

“The team put together to run this production has done an amazing job. It’s fascinating to folks that this caliber of a show can come from this little theater.”

Tickets: Adult tickets are $14, with $2 from each sale going to the ALS Association Indianapolis Chapter.