You are at:Home»Current in Zionsville»Zionsville Cover Stories»All about the kids: Zionsville’s Silverman provides statewide support as leader of Indiana Youth Institute 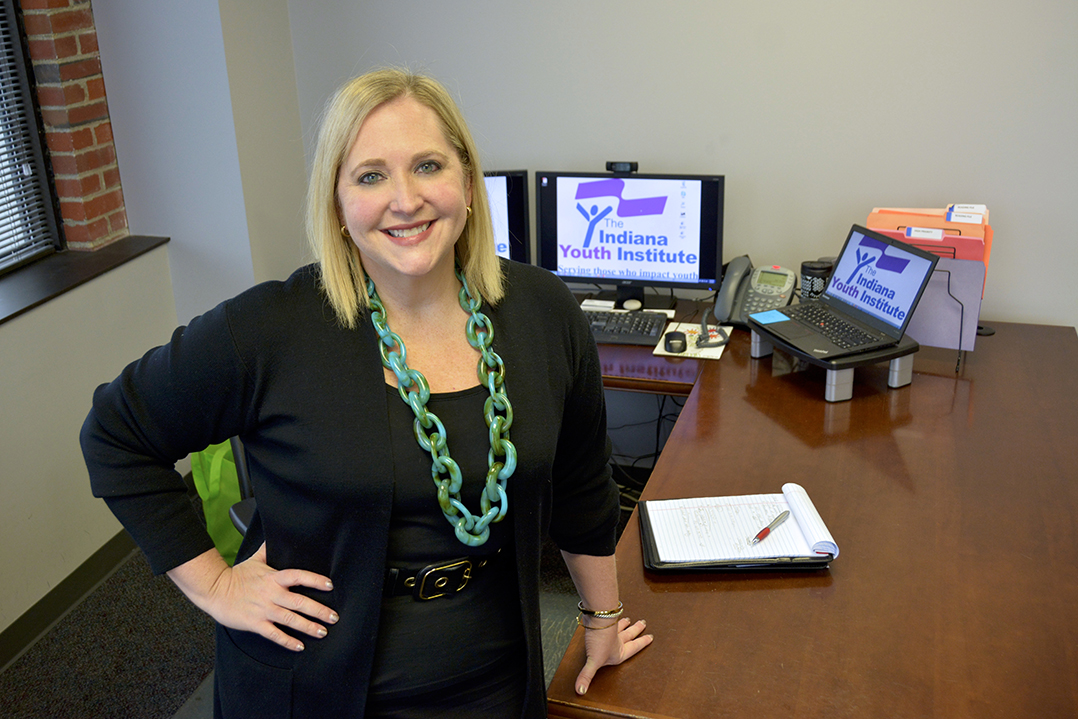 Tami Silverman pauses at her desk at Indiana Youth Institute. The Zionsville resident has been president and CEO of the nonprofit since April 2016. (Photo by Lisa Price)

Tami Silverman figured she would go a different route than many in her family.

“I come from a big family of teachers and educators, and I thought I’m not going to do that, I’m going to go my own path, and I did for a little while,” said Silverman, whose parents were educators, but she chose to get her degree from Indiana University’s Kelley School of Business.

“I think I have between 15 to 18 family members, aunts, uncles, cousins, who are teachers, principals or counselors in Indiana schools,” she said. “Now, here I am back with working with kids and education.”

“The great thing about the Indiana Youth Institute is it is nearly 30 years old, and it was founded by the Lilly Endowment to help all the organizations that help kids,” Silverman said. “A lot of those organizations, like Boys & Girls Clubs, are so busy with the day-to-day work that they don’t have the support to do strategic planning, to do development or do a fundraising plan. So, rather than have the endowment help each one with little things, they said, ‘Let’s create an entity so all those youth-serving organizations could have that one-stop shopping for whatever support they need.’ 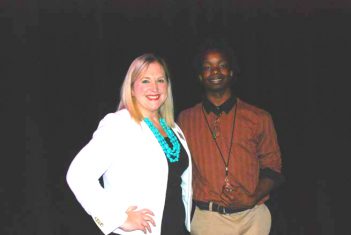 “What I really like is we get to work with about 800 youth-serving organizations across the state in any given year. So, you get a good picture of what’s going on with kids in the state.”

Silverman would like to see children have some of the same experiences she did as a child.

“Personally, I had a delightful time growing up in Indiana,” Silverman said. “I had grandparents who lived in an urban setting in Indianapolis, and I had grandparents who lived on a farm. I liked the diversity of that, and so we know growing up in Indiana can be great. But, unfortunately, today it’s not great for all kids, and we still have some big challenges ahead of us. So, having the honor of working in that is exciting.”

Silverman replaced Bill Stanczykiewicz, a Zionsville resident who spent 17 years as IYI president and CEO before leaving to become director of The Fund Raising School at IUPUI.

“It’s talking to the communities and making sure they know what is going on here in Indianapolis (in the state agencies),” Silverman said. “It’s more community engagement around kid issues.”

For instance, Silverman said if a church wants to start a mentoring program, IYT can help by explaining best practices and help launch the program.

“It’s all kids, all issues,” Silverman said. “Whatever that might be for that community, we want to help.”

Silverman said her main concern is that children get the support network they need.

“That can come from school, church, sports activities and home,” Silverman said. “Our goal is to make sure every Hoosier kid reaches their full potential, whatever that might be.”

IYT board vice chair Kevin Bower has been impressed with Silverman’s leadership.

“Tami is an energetic, passionate and strategic leader,” said Bower, Pacers Sports & Entertainment executive vice president/chief financial officer. “She leads by example and has worked very hard from Day 1 to advance the mission of IYI to have as positive of impact as possible on the development of Indiana’s Youth.”

“She’s building relationships with a lot of governmental entities and our funders,” Gobdel said. “I’ve been involved in a lot of nonprofits, and she is right at the top of people I’ve run across in my career.”

While in banking, she was approached by a board member of a nonprofit about taking a post. Silverman spent 13 years as CEO of Sojourn Shelter and Services in Springfield, Ill., a public health service agency focused on domestic violence, sexual assault and child abuse victims.

When her husband, Ross, took a job as a professor of health policy and management at IUPUI, Silverman studied the area and determined Zionsville would be a good place to raise their two children. Silverman was CEO and executive director for the Indianapolis-based Alpha Chi Omega for three years before taking the IYI post.

On living in Zionsville: “It’s a treasure to live in Zionsville, where you can live close to that hustle and bustle going on in Indianapolis, but you can also have a really great small-town life. My kids ride their bikes to Dairy Queen. It’s a great community. We do a lot of bike riding and going to new restaurants.” 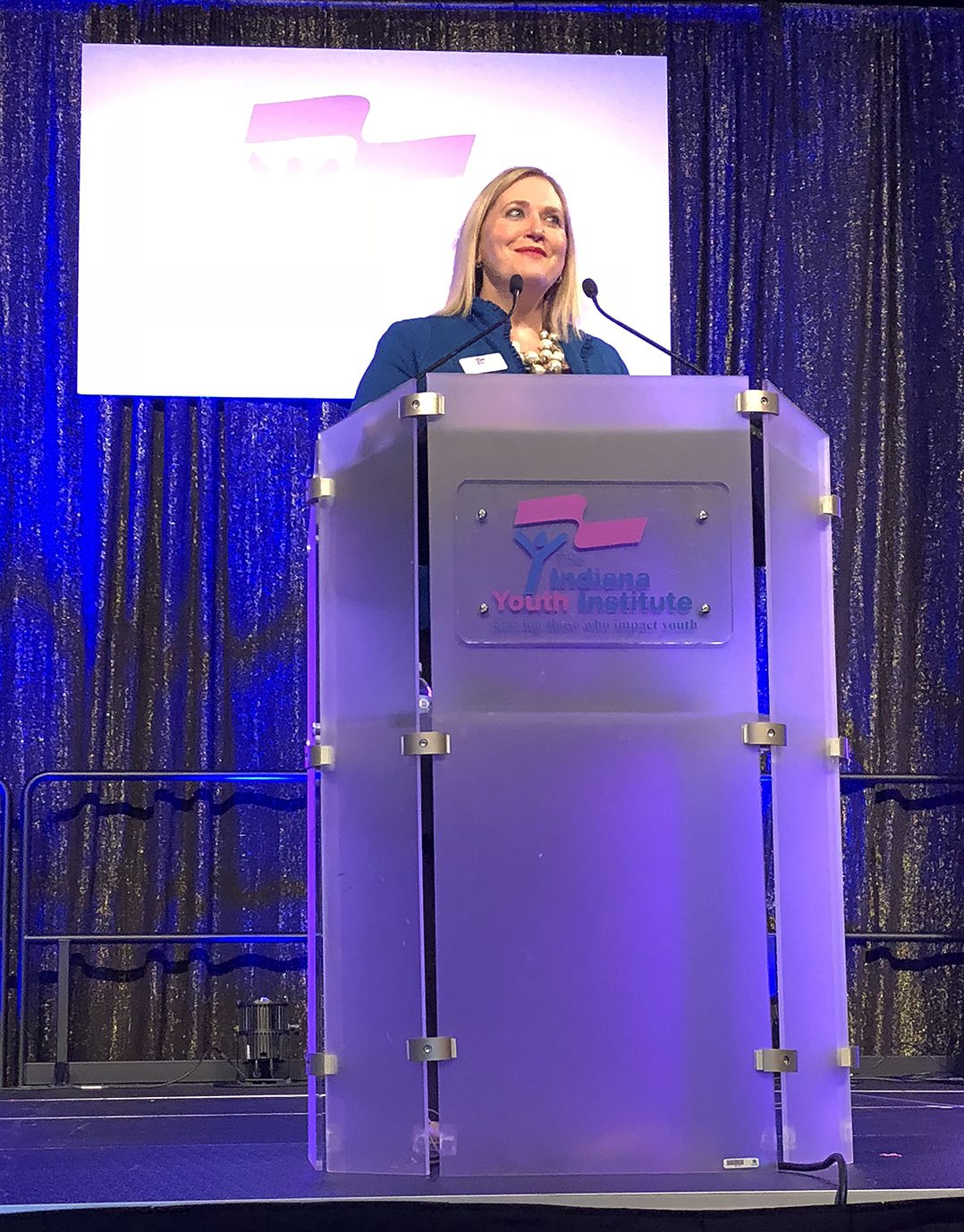