You are at:Home»Current in Carmel»Carmel Community»Local voters advocate for Indiana to adopt Vote by Mail system

Shelly Brown was a witness to some long lines during the U.S. presidential election in 2016. Some voters waited up to four hours to cast a ballot. 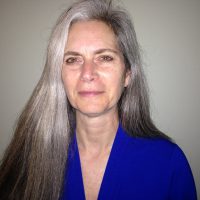 “The lines for early voting were often 1 1/2 to 2 hours,” said Brown, a Westfield resident. “I was a judge at one of the precincts in Westfield and watched as the elderly, disabled and young mothers with small children waited as long as 2 1/2 hours in line to vote. This was completely unacceptable to me.  I don’t know how many people witnessed the long lines and decided to leave without voting. Some waited in line for hours only to find out that they were in the wrong precinct. I felt that something needed to change, and I didn’t think throwing more money at the problem in the form of more voting machines was the solution.”

Brown said she believes Vote by Mail is the answer. Indiana Vote by Mail president Bonnie Horlander said the ultimate goal is to have 100 percent of votes collected by mail.

“It’s a goal because that’s pure democracy,” Horlander said. “When everyone has the convenience of having their ballot mailed to them, it doesn’t matter whether you live in the diverse neighborhoods of Indianapolis or rural county. Every voter gets the ballot mailed to them the same way. There are 22 states moving into a Vote by Mail process, and I would expect Indiana will ramp up to a Vote by Mail process.”

“Vote by Mail gives every voter an equal opportunity to vote and solves many other issues that plague our current elections system,” Brown said. “No one has to wait in line. No one has to lose valuable income because they had to take time off to vote.  No one has to miss out on voting due to bad weather or illness. Mail-in ballot elections are cheaper and more secure. Voters are able to take time to research candidates and issues so that they are able to make a more informed decision.”

Horlander said there are many bills being considered in the Indiana General Assembly that could affect voters. All the bills are non-partisan and make voting more accessible for everyone, she said.

Rep. Kathy Richardson, Noblesville, has proposed a bill that provides a permanent, no-excuse absentee process. Horlander said unlike the current process where the voter must request an absentee ballot prior to each election, once approved, permanent absentee voters will automatically be mailed their ballots for all future elections. The change in voter type from in-person to permanent absentee reduces voting lines and reduces poll worker’s workload in peak times.

State Sen. Karen Tallian has filed a bill to keep the polls open an hour later to 7 p.m. and a bill to allow voting by mail for municipal primaries and special elections.

Horlander said in the non-presidential election year of 2014, Indiana had the lowest participation in the nation at 28 percent.

“The Vote by Mail process shows that you always get up to 55 percent of people voting,” Horlander said. “So, you really do have a true representative government.”

Horlander said the Vote by Mail process also reduces voter fraud. Horlander said since there is only one ballot per registered voter, no one can vote twice.