You are at:Home»Current in Fishers»Fishers Community»Conner Prairie names communications and social media specialist

Fishers resident Christine Dejoy spent many years living in Los Angeles, Chicago and New York for her career. She has since returned to her hometown and has been named communications and social media specialist at Conner Prairie. 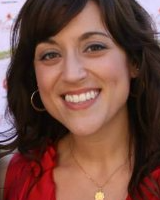 “My family and I moved to the area in 1992. I kind of moved around for my career,” Dejoy said. “About a year and a half ago I came back to the area very suddenly. My mom ended up having emergency surgery. We found out she had stage 3 colon cancer. Family is the most important thing, so I came back.”

Dejoy spent the next year providing care to her mom. When her mother recovered, Dejoy began searching for a new job. She was hired by Conner Prairie last month to reenergize its social media presence.

“The fun thing about this position is, right now we’re kind of reevaluating,” Dejoy said. “I’m jumping into the platforms that we have, looking at the things they’ve done in the past and seeing how they’ve grown.”

“One of my main goals is to make our social (media) more engaging. I want people to know they can come to any of our social platforms and see what is going on behind the scenes,” Dejoy said. “They will be able to see things they don’t actually realize are happening here.”

The irony of working at a place she grew up down the street is not lost on her.

“It’s so funny, working around where I grew up. I never thought I would be working at a place that had such a huge connection to my education from elementary school through high school,” Dejoy said.

She’s previously worked as a publicist in the television industry and as a social media producer for television programming.