You are at:Home»Current in Carmel»Carmel Community»Schaibley co-authors newborn screening bill, House of Representatives to vote

A bill co-authored by State Rep. Donna Schaibley (R-Carmel) recently received a positive vote in the House of Representative’s Ways and Means committee. It will go before the full House early this week.

The bill, House Bill 1017, would require spinal muscular atrophy and severe combined immunodeficiency to be added to a screenings list given to newborns following birth. 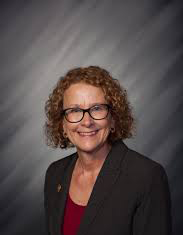 Schaibley said the bill came about in multiple ways. One of her constituents, a researcher at IUPUI, advised her look into an FDA-approved drug used to treat SMA.

“She said this new drug treatment had good results for helping children who have (SMA), but if they could give it to the children before they develop symptoms, it could have a dramatic effect on their life,” Schaibley said.

While researching the topic, Schaibley discovered that State Rep. Doug Gutwein was working on it. He has a Westfield relative who is battling the disease.

“We joined forces and decided we would work on it together,” Schaibley said.

While researching SMA, the lawmakers discovered children with SCID also could benefit from the early screenings.

The bill would require an annual fiscal amount of $153,000 to cover Medicaid funds, Schaibley said. If the House approves the bill, it will advance to the Senate next month. If it gets approved there, Schaibley said it could go into effect almost immediately.

“It’s really a great bill, something that will have a dramatic effect on lives of children,” Schaibley said. “If we do genetic testing before they are symptomatic and they start treatment with this drug, hopefully they will not become debilitated. This will really improve the quality of their life.”