To support the Veterans History Project, U.S. Sen. Joe Donnelly’s staff travels around the state to interview veterans. The project is part of the Library of Congress efforts to preserve veterans’ military experiences.

The staff visited The Hearth at Tudor Gardens in Zionsville Jan. 19, and several veterans from the senior living community took part. 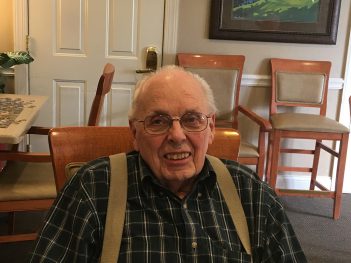 Don Brace, 88, served on a Landing Craft Mechanized, which was converted into a radar detecting ship, in the U.S. Navy at the Brooklyn Navy Yard during the Korean War. Brace served from 1948 to 1952.

Brace, who went to school at Great Lakes (Ill.) Naval Station after boot camp, also was stationed across from the Naval Academy in Annapolis, Md. Originally from Chicago, he moved to Indianapolis to work for General Motors.

“I thought it would be good to let young people know my time in the service was a good experience, because I learned a lot in those four years between 18 and 21. I grew up,” Brace said. 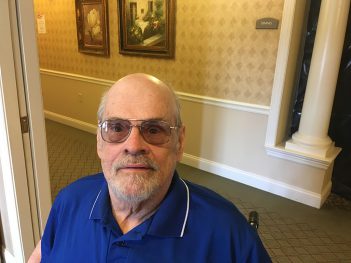 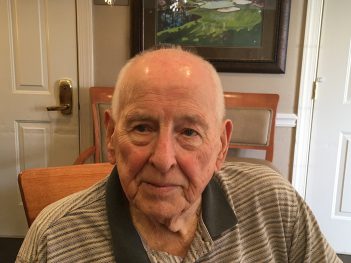 Fred Roeder, 90, served in the Army during the Korean War. Roeder, who served from 1952 to 1954, was stationed with the occupation forces in Nuremberg, Germany.

“After basic training in California, we were stationed in Germany,” Roeder said. “There were a certain number of personnel set to go home, so they picked a number of us to go to the medics. We got trained for four weeks to give shots and stuff like that. I didn’t do anything exciting, except give shots to people. Lot of people are allergic to seeing a needle and they get woozy. I’d say it was a good experience. I was fortunate I never had to go into fighting. When I was training, that’s the only time I had a rifle in my hand the whole time.” 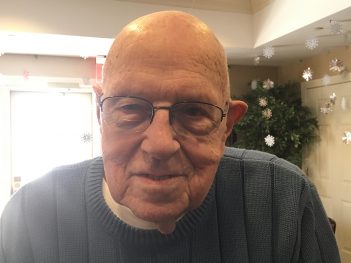 Bob Libby, 92, served in the Navy at Guadalcanal in the Pacific Theater during World War II. Libby, who served from 1943 to 1945, was drafted and enlisted after graduating from high school in Maine.

“It was pretty boring. We were sitting on an island for a couple of years,” Libby said. “The (Japanese) were still on the island, but they had disbanded and gone into the mountains. We used to find them once in awhile in the chow lines because they were hungry, but there was no battle.”