You are at:Home»Current in Fishers»Fishers Cover Stories»Police in history: New headquarters to showcase FPD through the years 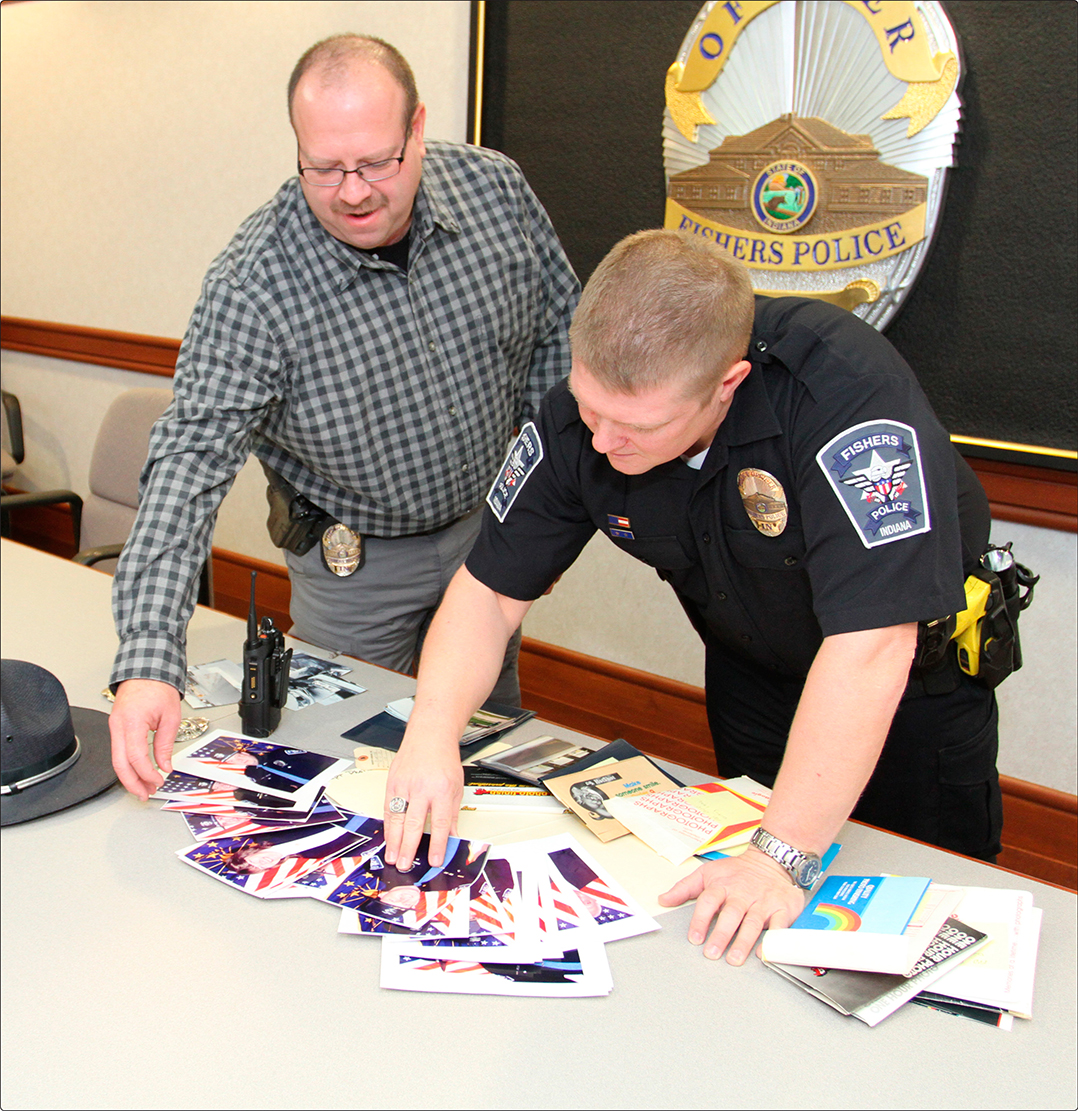 The new building that will house the  the Fishers Police Dept. will offer more to its officers and the community than an expanded headquarters. Officer Robert Bowling and Det. Tom Brooks are collecting historical artifacts, such as photos or older police gear, to display in the new headquarters, which will open in the fall.

“This was the chief’s idea. He tapped us to start trying to compile the history of the department,” said Bowling, who’s served on FPD for nine years. “It’s not as daunting as a task as state police because our history only dates back to 1976, when (recently retired) Chief (George) Kehl was the only cop here. So, what we’re trying to do is collect as much stuff as we can, whether that be old photos, badges or hats.”

Bowling said many of the items were donated from inside the department, such as from retired police officers. 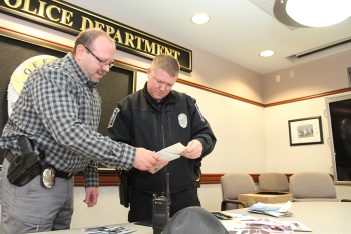 “We know a lot of people from the public who have lived here all their lives that may have pictures of police investigating traffic crashes or at Freedom Fest,” Bowling said.

Each floor will have its own theme, such as polygraphs being on the investigations floor, for example.

Bowling said he’s a history buff, which is why Chief Mitch Thompson recruited him for the project. Bowling then asked Brooks to assist on the expansive job.

“We give so many tours every year, whether that’s for the citizen’s police academies or school groups. It’d be nice as they go through the police department to have something they can read or relate to how law enforcement has changed from 1976 to now,” Bowling said. “Those are some of the things I want to try to highlight. The new department is about how law enforcement has changed over the decades and how we’ve had to keep up with technology.” 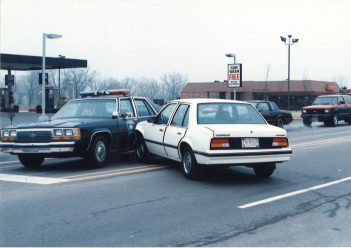 A scanned photo of Fishers police on the scene of a crash. (Submitted photo)

“Our department ballooned overnight pretty much,” Brooks said of FPD’s growth. “We have to grow with the city. The population of Fishers increased so dramatically that our department had to keep up.”

“My intention for this whole project is this is a living project. It’s going to continue well past when we are in the new PD,” Bowling said. “As we take new pictures, we are going to add them to the database so when we’re retired and gone, those pictures will become very historical. It’s a big task to begin with because were starting from zero as we slowly build up on it. When we retire, whoever comes behind us already will have something in place to build upon.”

Bowling and Brooks are asking for the public’s help with the project, such as submitting photos, old equipment and related items. The displays will rotate, so donations can be returned to the owners.

“We can scan them in or donate them completely,” Brooks said of photos. “We will give credit to whoever loaned us photos or equipment.”

Donors will fill out a form to submit to the police department. Bowling is in communication with the Indiana State Police to learn the best way to create a historical museum, such as where to find mannequins and other required items. Bowling said they also are looking into establishing a wall to memorialize officers FPD lost to cancer.

A little piece of England

“We are trying to highlight that historical relationship about how we became a sister city with Billericay, England,” Bowling said.

The city has some Billericay police items, like a bobby hat and a police badge. They are on display at City Hall but might move to the FPD headquarters when it’s complete.

“We want to bring those over and have a little section dedicated to our relationship to Billericay,” Bowling said.