Success came quickly to Richard Marx. He is still the only male artist to have his first seven singles reach the Top 5 on the Billboard charts. Marx can appreciate that more now. 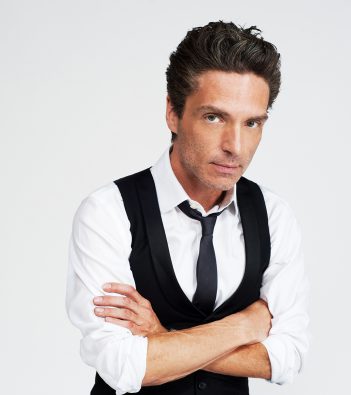 “I spent every minute of that heyday when it was happening totally focused on what to do next and how to follow it, and I didn’t take the time to enjoy it,” he said. “A hard-learned lesson. And over the years I began to minimize my accomplishments for fear it would be taken as being cocky. But when I met my wife, Daisy, in 2013, she got me to look at it differently. She got me to celebrate all my successes retroactively. I had No. 1 songs and a No. 1 album and I never celebrated that stuff, not even a decadent dinner out somewhere. It was criminal.

“Now, on every anniversary of one of my No. 1 songs hitting the top, and I’ve had 14, we celebrate somehow. I’ve learned that celebration is a great way to honor the gratitude I have for that success.”

Fans who want to hear Marx play those hits, such as “Right Here Waiting” and “Hold On To The Nights,” won’t be disappointed at his solo acoustic show at 8 p.m. Jan. 27 at The Palladium in Carmel.

“I’ve been very fortunate to have amassed a fairly large catalog of hit songs, so I can do 90 minutes to two hours of all hits,” Marx said. “I also recognize and respect that the typical audience comes to hear songs they know and love. I’m the same when I go to see someone play live. But I also have songs that weren’t hits, or even newer songs that I play and the audience reacts as if it was a huge hit. That’s so gratifying. But the bulk of the show is a greatest hits experience, and I still love playing those songs.”

Marx also has found success as a producer and songwriter for others.

“It’s all been amazing,” he said. “I’ve had the incredible high of standing onstage in front of 50,000 people chanting my name, and I’ve had the high of accepting the Grammy Song of the Year for co-writing a song I didn’t even sing. I’ve had the best of both worlds.”

Marx said he is in the midst of recording several new songs that he’s crazy about, but isn’t sure if they will be on an album or if he will just put them on iTunes and Spotify.

“It’s also interesting because some of the tracks have a modern country vibe to them and some are some of the hardest-rocking songs I’ve done in years,” he said. “So, it may be a couple different projects.”

Marx still enjoys performing solo and with a band.

“I still love playing band shows in bigger venues,” Marx said. “There’s a particular rush to them that still exists that is the realization of my boyhood dream of becoming a rock star. It’s a blast, and I love playing off other musicians and feeding off the crowd and running around onstage. But the acoustic shows give me a chance to connect with an audience in a very different way.

“In band shows, I still talk and always slot in a couple songs that I do solo acoustic, but it’s a different animal. The solo shows have taught me how to be a better performer and a much better musician.”